In coordination chemistry, we classify ligands as sigma donors, pi acceptors and donors. Benzene is a pi donor, as is the cyclopentadienyl anion, but do these two possess any pi acceptor character? (Can a ligand be both pi acceptor and pi donor?)

Aromatic rings that complex "face on" to a transition element are acting as pi acceptors all the time, including cyclopentadienide complexes. And they act simultaneously as pi donors too. 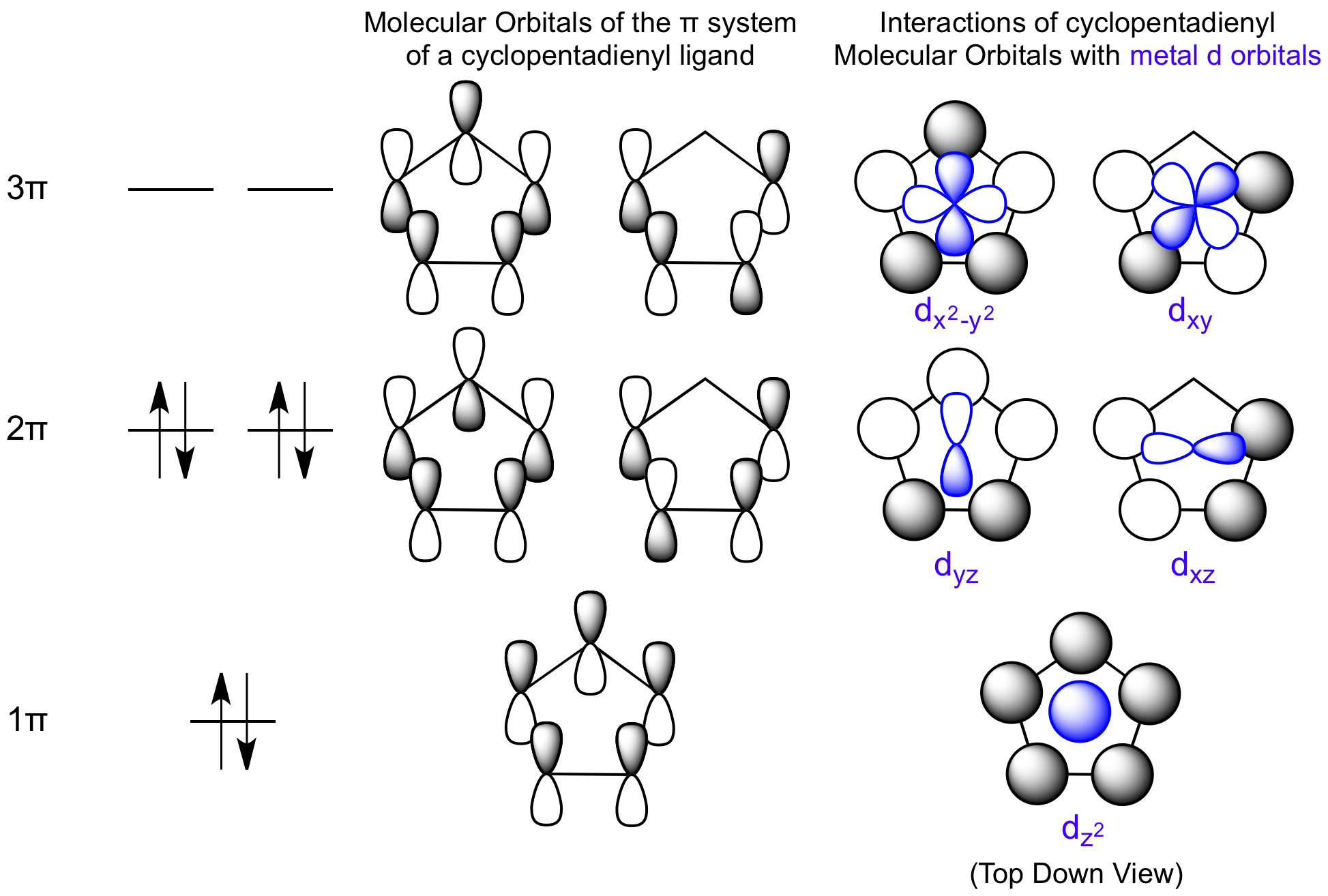 So, in a complex such as ferrocene, the filled cyclopentadienyl pi orbitals share their electrons with three of the transition element d orbitals and the latter element, in turn, donates electrons back to the two unoccupied pi orbitals of the ring.

Of course these interactions sacrifice aromaticity in the cyclopentadienyl rings, but it's a bargain with the bonds forming between carbon and the transition element. Aromaticity is not so much broken as it is superseded by a further bond deolcalization. In the especially well-known case of ferrocene, the energy bargain is especially good because when all is said and done with the iron/cyclopentadienyl electron exchange, you've exactly filled the bonding orbitals and left the antibonding orbitals empty. The diagram from this source shows the molecular orbital structure in the case of a $3d$ metal. For ferrocene where the iron(II) center provides six additional electron, they fill the orbitals in the box right up to the metal $3d$ orbital level (the HOMO is the $a_{1g}$ orbital inside the box) but not beyond. Note that the filled $e_{2g}$ orbital has a component from the antibonding orbitals of the cyclopentadienide, showing the pi acceptor action of the latter.

Now compare this outcome with magnesocene. Magnesium has no valence d orbitals or d electrons. So the pi electron exchange between pi and d orbitals is not happening. In this case the cyclopentadienyl ion can still act as a donor to the metal s abd p orbitals, but this does not make for as good bonding because (1) the overlap is not as good and (2) magnesium, like most Group 1 and 2 metals, has relatively diffuse valence orbitals that make for relatively poor overlap anyway. Unable to develop the full covalent bonding network seen in transition element cyclopentadienide complexes such as ferrocene, magnesocene has greater ionic character -- so much as to form ions in some solutions -- but much less stability.

2
Bonding between rings and iron atom in ferrocene

3
Does crystal field splitting energy Δ increase going down a group of transition metals if the ligands are weak field?
6
π-Acceptor ligands
3
Why or why not can hydroquinone and 2H-pyrrole act as ligands?
4
Are all ambidentate ligands monodentate?