I'm attempting to grow chlorella algae in a polyethylene film bag (which contains the growth medium) submerged in a temperature-moderating, above-ground swimming pool. This presents a challenge in that I would like to kill algae in the pool with $\ce{ClO2}$ while cultivating it in the bag despite diffusion of $\ce{ClO2}$ across the polyethylene film.

How often must I replace the growth medium?

Justifications for my choice of constraints:

High concentrations of $\ce{ClO2}$ are desirable for disinfectant power. I'd like to keep the pool at an average of 5mg/L (swinging between 6mg/L and 4mg/L) to suppress infection and keep the chlorella growth medium at 0.1mg/L since according to the below table, the "Experimental phenomenon", shows "ball in shape" morphology at 0mg/L which is lost at some concentration below the sublethal 2mg/L. Such loss of morphology implies a potential impact on growth rate.

Table 5 of "Disinfection effect of chlorine dioxide on viruses, algae and animal planktons in water": 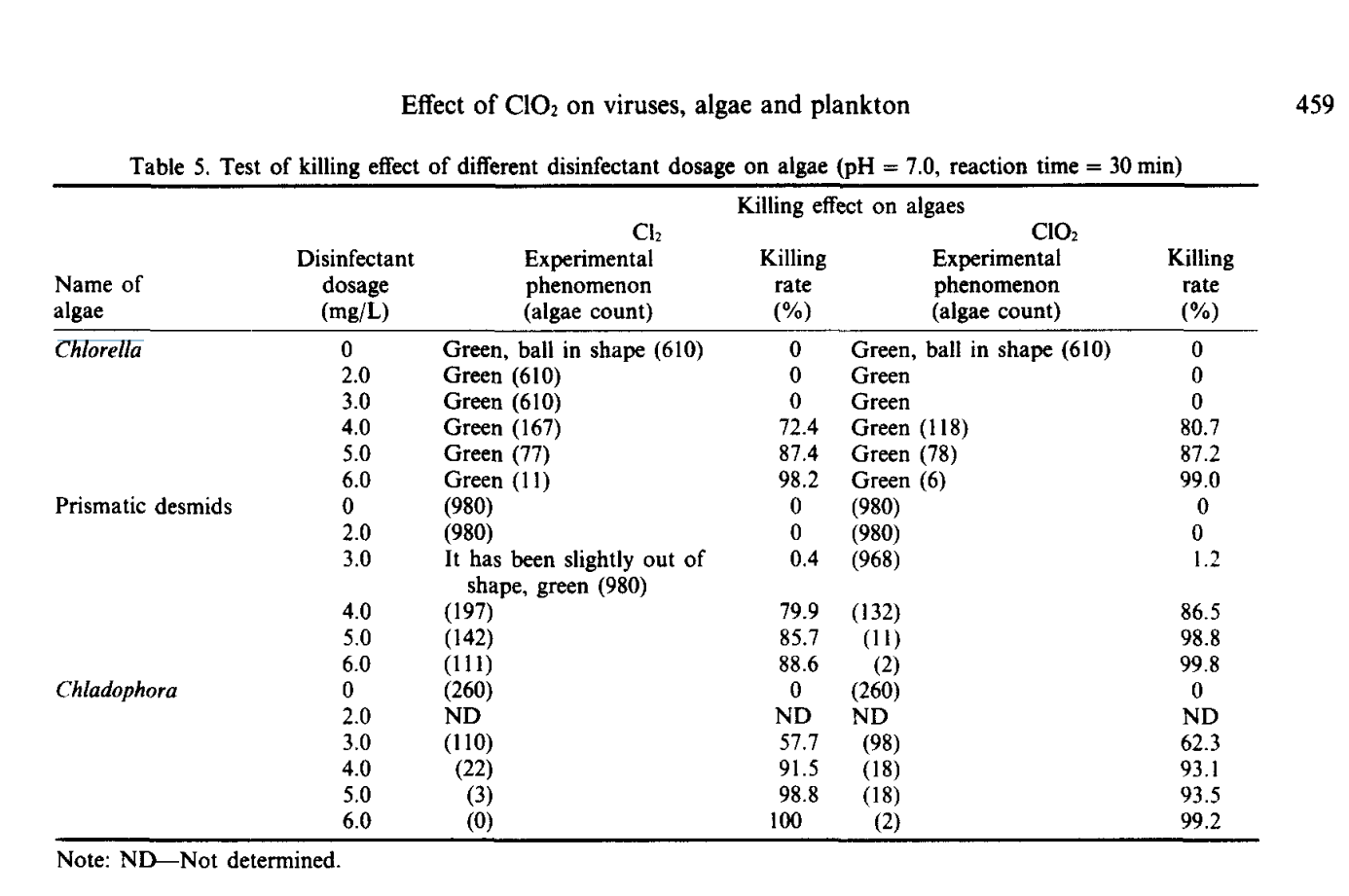 Browse other questions tagged polymers vapor-pressure decomposition diffusion or ask your own question.