Since Compound is of the form M[a2b2cd]

Can you please help me with this? 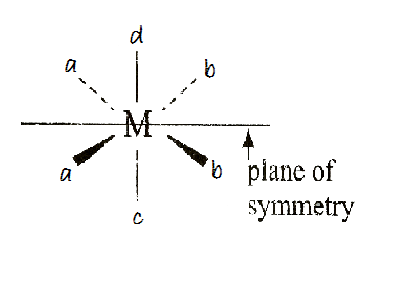 Since there are two of $\ce{NH3}$ and $\ce{Cl}$, therefore in trans-form, we can always draw a plane of symmetry (in figure) to which the trans-line (in figure) is normal as depicted below for $\ce{Cl}$, 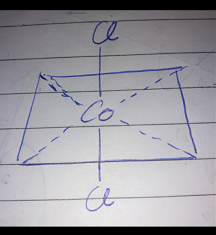 So, only that configuration will be optically active which has both the groups in cis-form as follows, 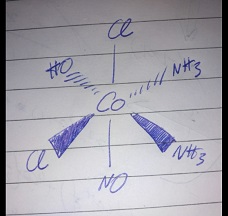 Hence, we get a total of four.

Not the answer you're looking for? Browse other questions tagged inorganic-chemistry coordination-compounds stereochemistry isomers or ask your own question.