Is the salt of a weak acid and a weak base also a weak electrolyte?

I'm able to find a lot of information on acids and bases, as well as strong-strong, weak-strong, and strong-weak salts. However all the introductory materials on electrolytes just stop there and say "we won't bother to cover weak-weak salts here". I have also heard blunt statements that all salts are strong electrolytes, but never with satisfactory explanation or even some weak-weak examples. So are there any salts that are weak electrolytes?

My interest in the subject is mainly directed at finding the van 't Hoff factor, for osmotic effects and tonicity.

When a weak acid such as acetic acid is added to pure water, it does not ionize much, but sufficiently to make the solution acidic. On the other hand, when small amounts of weak acids are added to buffered solution with a pH near neutral, acidic acid dissociates almost quantitatively. So the van't Hoff factor depends on the pH.

The same goes for weak bases used as ammonia - in combination with pure water, you get a basic solution and very little ammonium, but when dissolved in a solution maintaining a neutral pH, ammonia forms the ammonium ion almost quantitatively.

I have also heard blunt statements that all salts are strong electrolytes, but never with satisfactory explanation or even some weak-weak examples.

If we combine ammonia and acetic acid in aqueous solution and remove the water, we get the salt ammonium acetate. If we dissolve ammonium acetate in pure water, the pH will be roughly neutral, and both ions will remain ions. Therefor, this is a strong electrolyte solution.

So are there any salts that are weak electrolytes?

In the pure salt, the components are ions by definition. Water is very good at dissolving ions, so the dissolved ions stay ions. To get a salt that is also a weak electrolyte, you would need an uncharged acid and an uncharged base that would transfer a proton upon forming a salt, but not while in aqueous solution. I am not aware of any such system.

Not all salts are strong conductors, search the data for organic salts such as potassium citrate - a weaker conductor than many salts.

If you study the table carefully, it shows the strength of acid or base does not matter but what matters is the identity of the ions carrying the current. Also, the concentration of the salt also matters. 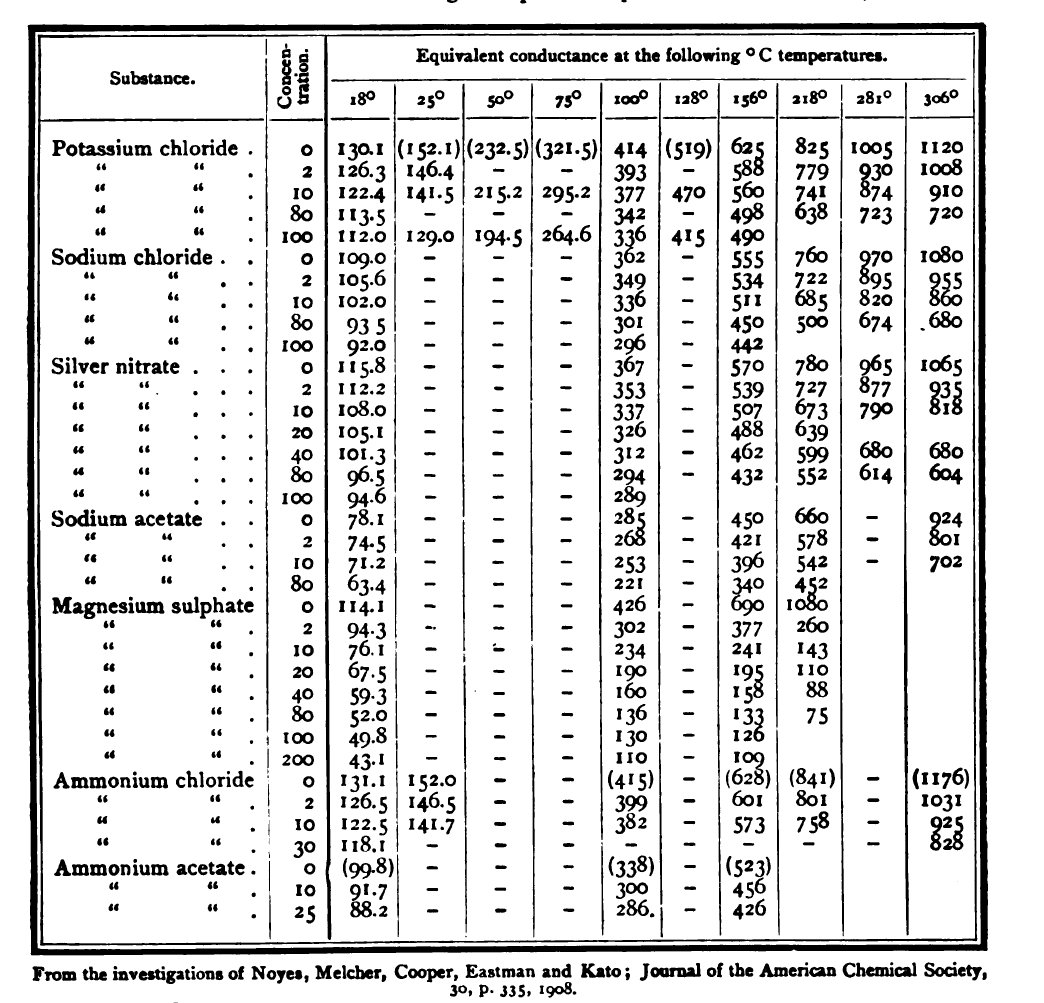 Not the answer you're looking for? Browse other questions tagged inorganic-chemistry acid-base aqueous-solution osmosis or ask your own question.