What's the definition for mole before Avogadro's constant?

These constants have been named in honour of these people. They did not even know the existence of mole concept.

In order to search how early precursors to Avogadro's number's were found, read about Loschmidt constant and then move to Avogadro's story. There were many $independent$ methods to determine Avogadro's constant. Loschmidt was trying to estimate size of the "air molecule" in 1865. Number of particles in air in a given volume.

The determination of Faraday's constant does not require the knowledge of Avogadro' ideas or his laws. This is a modern misconception. However, it does require the concept of gram equivalents (precursors to atomic mass or formula weights). In Faraday's time, measuring current/voltage and masses of substances was not a big deal. By electrolyzing a solution of silver salt, you can deposit a known mass of silver on the electrode. I am showing a page how Faraday's constant was found. As you can see we never needed to invoke Avogadro's law or numbers and constant. Faraday did such neat experiments! Clever and simple. 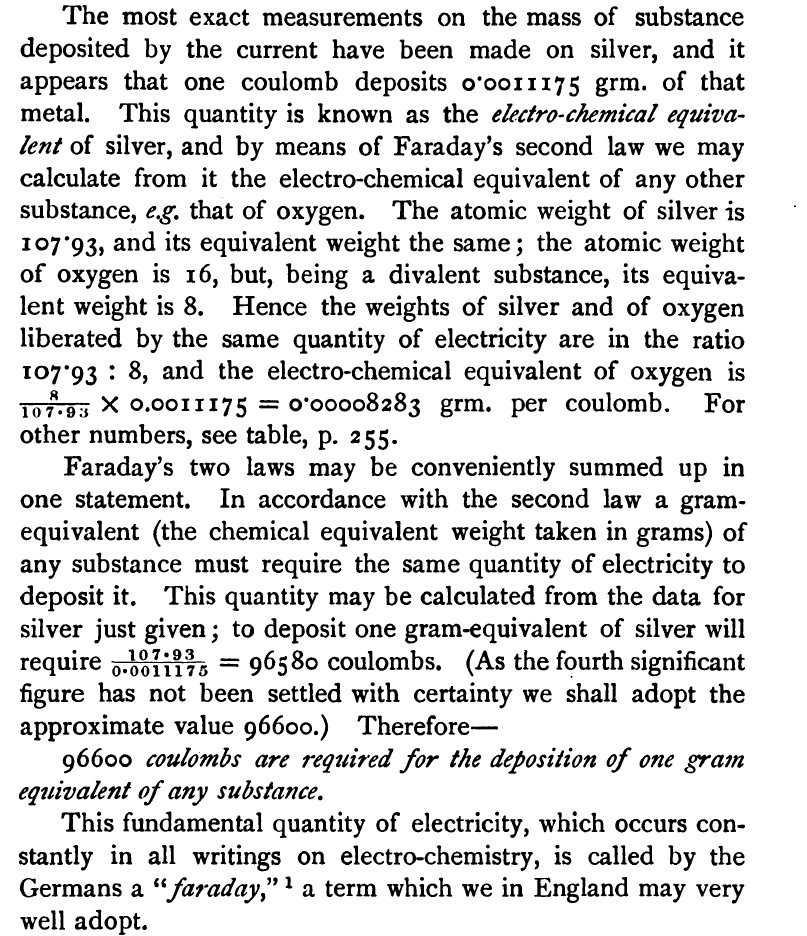