What will be the major product of the reaction between (2R,3R)-2,3-dimethyloxirane and triphenylphosphine? 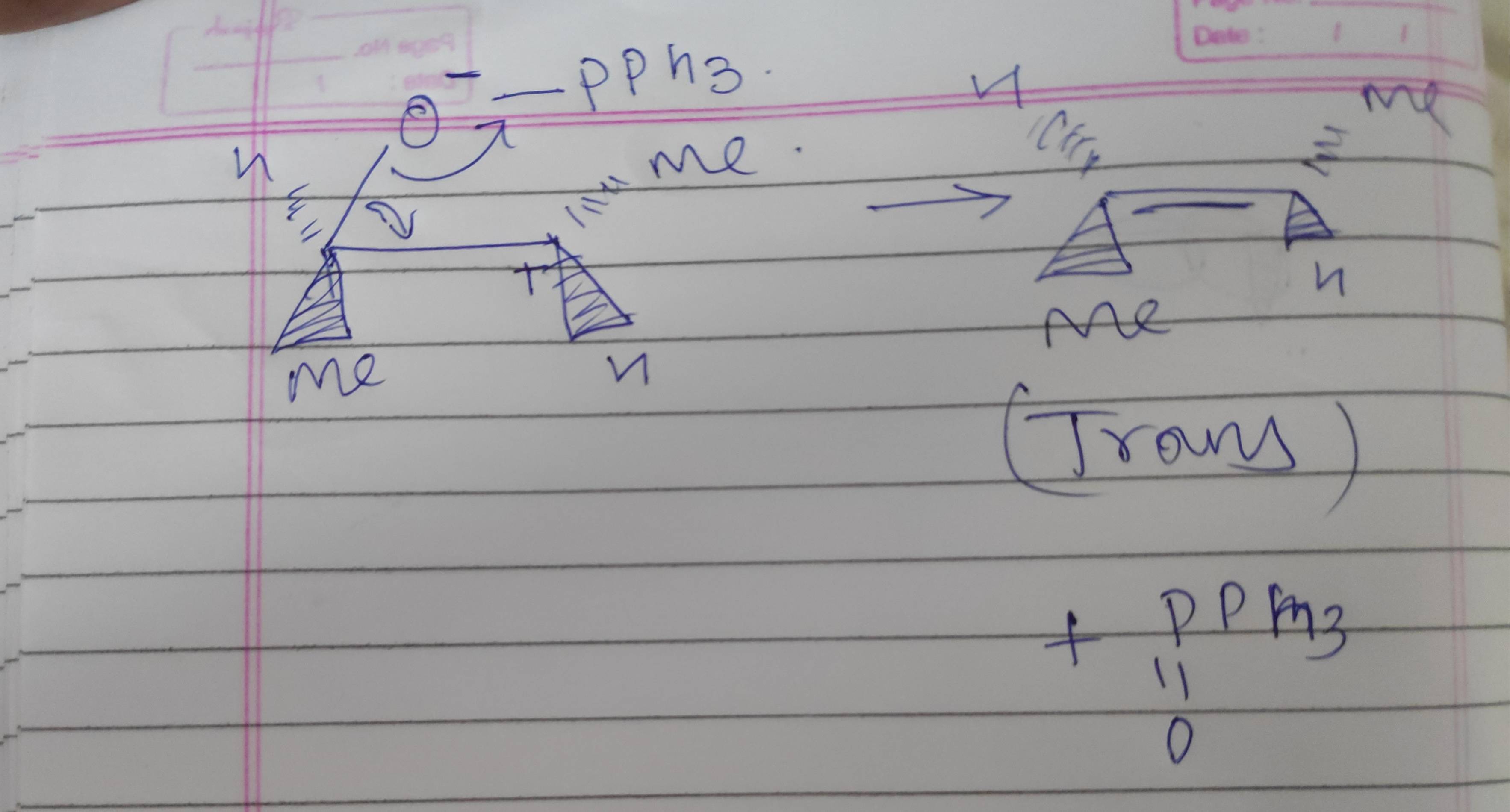 But answer is given B. Where did I go wrong?

First, note that with the mechanism you have drawn you should expect to get a mixture of cis and trans isomers. In the intermediate you drew, rotation about the C–C bond will be fast and will lead to loss of any stereochemical information that was previously there.

The only way to get exclusively trans-2-butene is for the reaction to occur in a single step without a discrete intermediate:

However, that's not the case. The mechanism of epoxide deoxygenation by triphenylphosphine isn't a concerted pathway, but is stepwise.

Triphenylphosphine opens the epoxide ring first; because this epoxide is symmetrical, it doesn't matter which carbon you attack. This gets you to a charge-separated intermediate 1a (a "betaine"). These species tend to combine their positive and negative charges if they can, and here they certainly can, but first the C–C bond in the middle has to rotate to get the negatively charged oxygen and the positively charged phosphorus on the same side (1b). Note that this bond rotation brings the right-hand side methyl group to the front of the molecule.

Cyclisation to the oxaphosphetane 2 then occurs, and collapse of this to give triphenylphosphine oxide and cis-2-butene is concerted and stereospecific, exactly like the final step of a Wittig reaction.

See also the Barton–Kellogg reaction for a similar mechanism, just with sulfur instead of oxygen.

Think about how the PPh3 first reacts with the epoxide - it does a nucleophilic attack on one of the carbons from below the epoxide ring to give the intermediate shown below left (I have drawn the P substituents as Me for clarity). This then rotates to form the oxaphosphetane (4-membered ring with P-O bond shown right) putting the Me groups cis to each other. The oxaphosphetane then eliminates triphenylphosphine oxide in a [2+2] process with the Me groups locked in the cis configuration hence the product alkene.

Better diagrams are here if you are still confused.

Not the answer you're looking for? Browse other questions tagged organic-chemistry hydrocarbons wittig-reactions or ask your own question.