Will a Grignard reagent react with an epoxide or episulfide first? [closed]

In this question, I am confused whether the Grignard reagent will attack the epoxide or the episulfide (thiirane) first. The solution says ring opening of the episulfide will occur due to greater strain.

There are quite a few reasons why the episulfide might open before the epoxide: 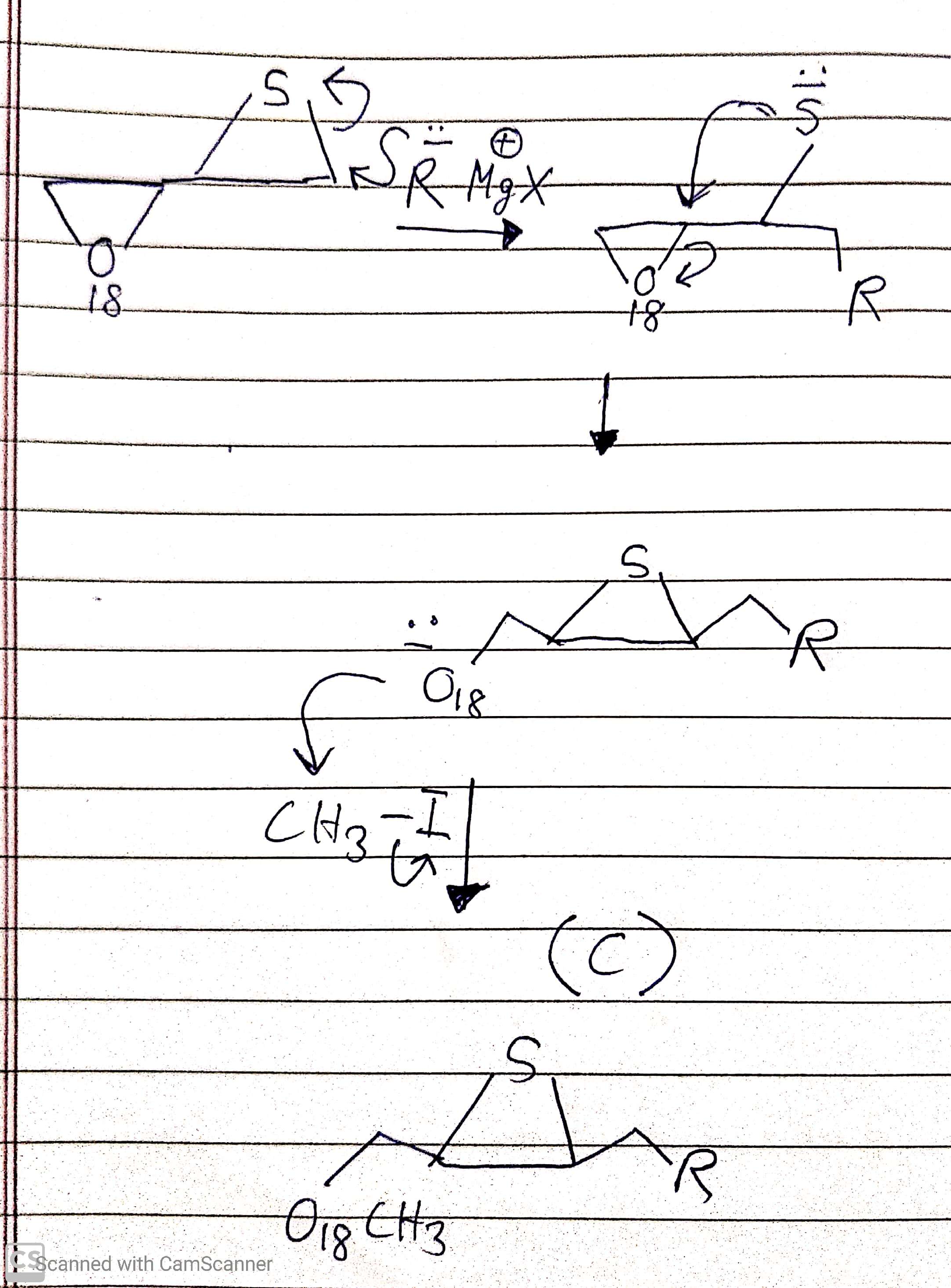 Some points to note:

I'm not sure I buy the strain argument either. Is there enough difference between the reactivities that you would get selectivity? In the real world I think you would get a mixture, possible complex enough to be called a mess. However according to this reference here

Not the answer you're looking for? Browse other questions tagged organic-chemistry nucleophilic-substitution grignard-reagent chemoselectivity or ask your own question.