Reduction of nitrobenzene in alkaline medium

My teacher listed out the following set of reactions under the aforementioned topic:

He explained the formation of azoxybenzene as follows.

He then went on to say that condensation between nitrosobenzene and phenylhydroxylamine yields azoxybenzene. This takes place by the nucleophilic attack of the lone pair on the nitrogen atom of phenylhydroxylamine (as opposed to that of the lone pair on the oxygen atom of the same) on the nitrosyl nitrogen. He reasoned that nitrogen, being less electronegative, is more nucleophilic than oxygen (see figure). 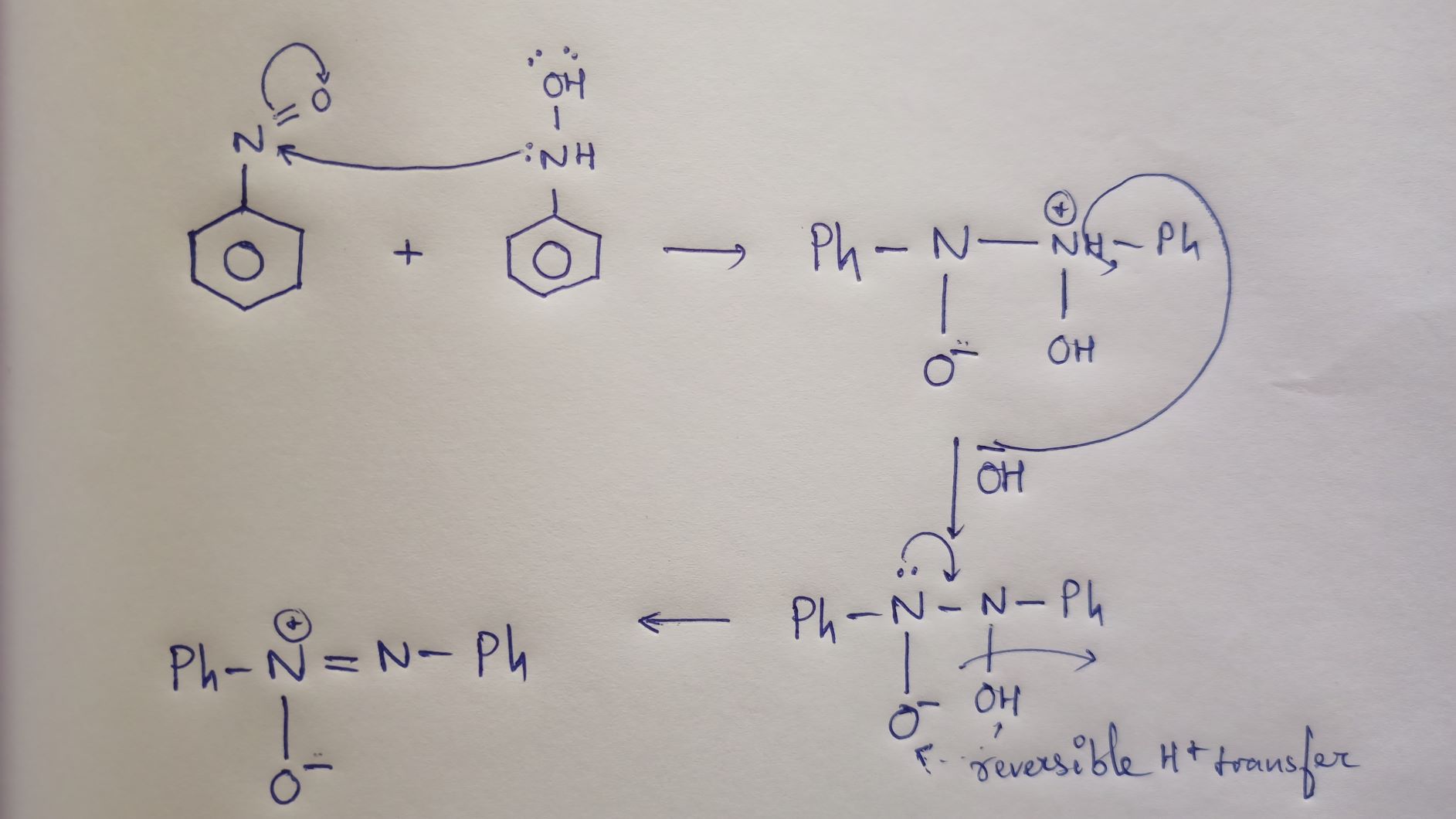 While I do understand that the explanation is generally true, I am not sure that it is the case here as the lone pair on the nitrogen atom is in conjugation with the benzene ring here and is thus less available on nitrogen. Thus, shouldn't it be the lone pair of the oxygen atom that takes part in the reaction instead?

But I can't see how that should come to be because the internal attack of the lone pair on the other nitrogen atom which establishes the N-N double bond of the azoxy moeity and removes the -OH group in the intermediate should be better available in case of the benzene ring with the methyl substituent in the first place. So, shouldn't it be the other way round?

5
Formation of azobenzene from nitrosobenzene and N-hydroxyaniline
9
Why is the nitroso group a deactivating group for electrophilic aromatic substitution?
0
Adding cyanide vs nitrite for nucleophilic substitution and why does it change when we use silver salts for it
6
Why is phenyl carbanion aromatic?