I am studying introductory organic chemistry, suddenly this one started looking odd,

The carbocation stability for three compounds as given by my book is shown below,

Let me call those as compounds A>B>C as given in image. It is very well known that 'N' and 'O' are electron withdrawing group(shows -I effect) and they can also show +M effect( some texts call it as Resonance effect ) by delocalising their lone pair over the vacant p-orbital of the carbocation.

Now all i want to know is, How to decide whether +M effect or -I effect will operate in this case? If I consider only inductive effects, the order would be C>A>B which is wrong in this case.

I got stuck in this one and i am now asking whether such questions are feasible without conducting experiments.

Explanation with the principles which are familiar to my level would be nice.

If hetro atom with lone pair is neighboring to carbocation, then that lone pair can be donated to empty orbital on carbocation (see figure below). These orbitals are said to be in conjugation. Conjugation leads to delocalization of electrons resulting in resonance structures. 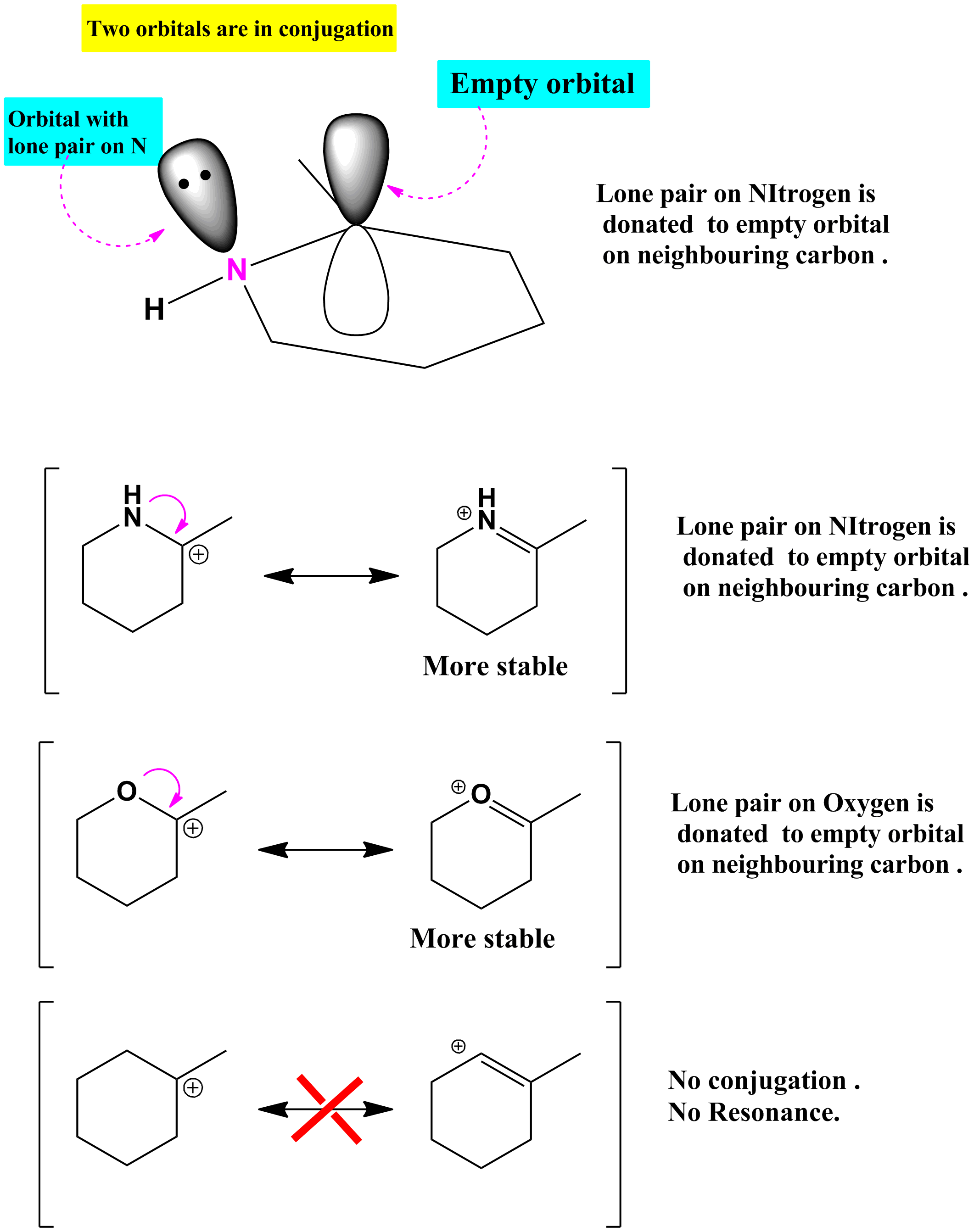 Structures in which all the atoms have a complete valence shell of electrons (i.e., the noble gas structure) are more stable.

The third structure (your structure C) does not have conjugation. Hence it is comparatively less stable then 1st and 2nd structures.

Among 1st and 2nd structures , due to lower electronegativity of Nitrogen compared to Oxygen , Nitrogen has greater electron pair donating tendency. Therefor the order of stability is as follows.

How to decide whether +M effect or -I effect will operate in this case?

I'd try to give my explanation with the principles simple enough so that it would familiar to your level of education:

Rahul Verma has given simple enough explanation to answer most part of your question. I said here 'simple enough' because of your subsequent comments. However, I have to point out that mesomeric effect ($M$) almost always predominate inductive effect ($I$), even when the distance between two concerning centers are neighbors like in the case in hands where inductive effect is in its highest level.

Consider $\ce{H2O}$ and $\ce{NH3}$ for their affinity for electron donating:

4
Confused about carbocation stability
22
Stability of carbocations: CF3+ vs CH3+
13
Competing resonance and inductive effects in a substituted benzene
0
How do I decide the electromeric effect on pent-2-ene?