I am working towards a natural product. Presented are three intermediate compounds. After oxidation of the hydroxyl to a carbonyl, I want to introduce an imino-nitrogen atom into the structure. This way, an imino bond creates a five-membered ring, and the double bond disappears.

What reagent(s) should I choose for this type of reaction, and what does the reaction mechanism look like?

I suggest two possible approaches. Narasaka, et al. have effected similar cyclizations photochemically. I prefer to start with the allylic alcohol 1 to avoid complications with oxime formation. Formation of the bis acetate 2b is not a problem. However, given the greater acidity of oximes relative to alcohols does not preclude the formation of oxime acetate 2a. In the photolysis the naphthalene serves as a sensitizer while 1,4-cyclohexadiene functions as a hydrogen atom donor. The addition of hydrogen is likely from the convex face as shown. If not, after saponification of acetate 3b and Swern oxidation, base equilibration would likely lead to ketone 4.

Alternatively, a Barton-type radical cyclization (5 --> 3a) might be considered.

ADDENDUM: Direct photolysis of a structure similar to 5 without Bu3SnH has been achieved. See ref 2. 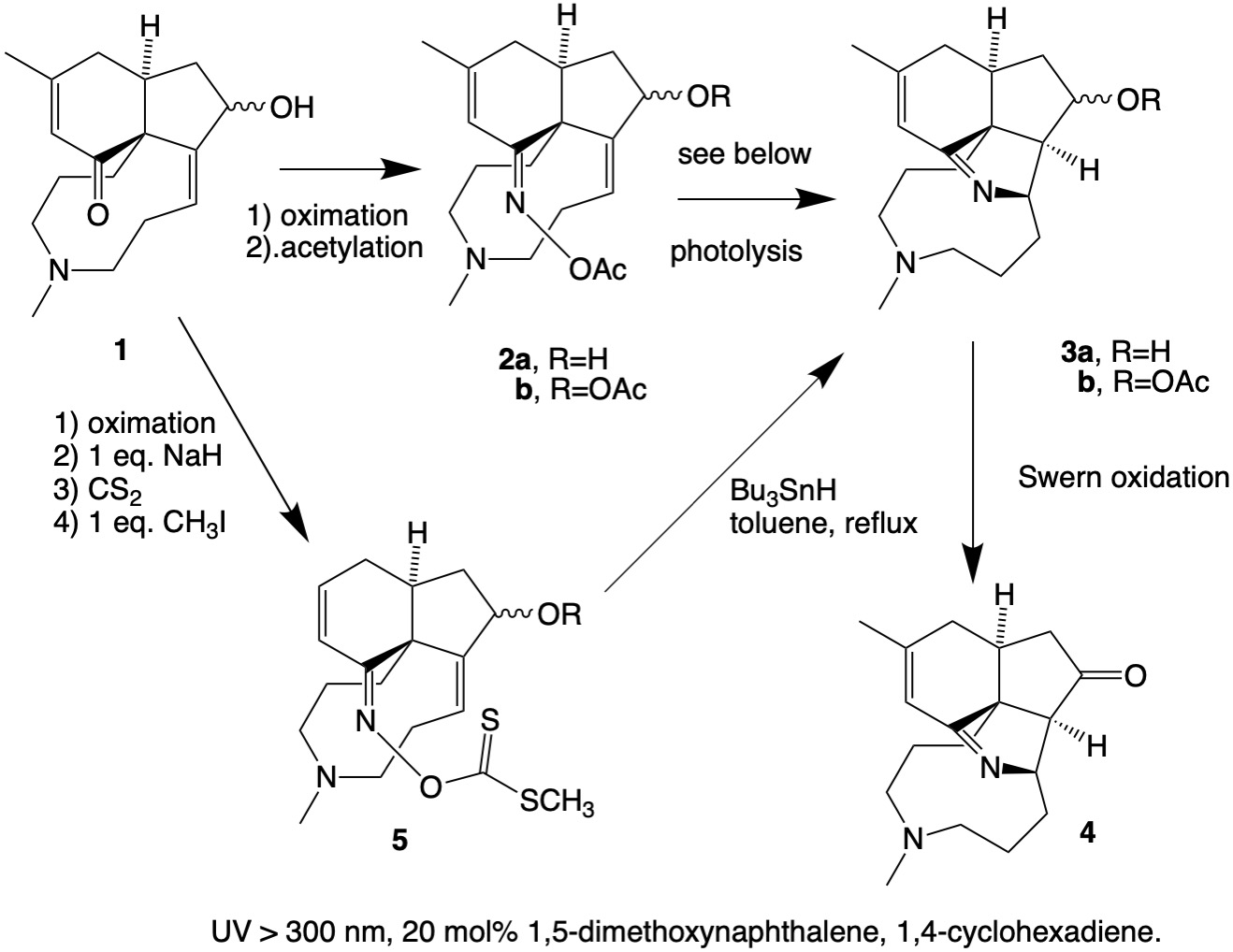 Not the answer you're looking for? Browse other questions tagged organic-chemistry synthesis carbonyl-compounds c-c-addition or ask your own question.

5
Coconut aldehyde mechanism
2
Conversion from t-butanol to alkene
1
Acid Catalysed Ring Expansion – Mechanism?
1
Enol form of acetone is treated with D2O
1
Can some one please explain alkyl shifts for me
8
Why does a proton prefer to attack a double bond instead of protonating an alcohol in a reaction of unsaturated alcohol with sulphuric acid?