What is really the number in the periodic table? [closed]

I learning basic chemistry and i have a doubt.

I have this definitions

But I know that is the mass number and is the amount of protons + neutrons. (And how is possible that is not an integer number?)

So, what is this number really? the mass of one mole of the element or the sum of protons + neutrons?

Atomic mass is not exactly proportional to the mass number of the nucleus. Let's look at all the complicated factors that appear in one little atomic mass value:

With all those factors in play, you're basically not going to get a whole number for atomic mass in the Periodic Table.

So, what is this number really? the mass of one mol of the element or the sum of protons + neutrons?

The number is the molar mass expressed in g/mol, i.e. stripped off these units. (The molar mass is the mass of a sample of the element divided by its amount of substance. This explains why the units are g/mol.) Alternatively, you can also say the number is the relative atomic mass (historically known as standard atomic weight). The way the two are defined results in the same numeric value when the molar mass is given in g/mol (the relative atomic mass is dimensionless, so it has no units at all).

Elements with a single stable isotope

Elements with more than one stable isotope

Take boron, for example. The two stable isotopes are $^{10}\ce{B}$ and $^{11}\ce{B}$. You get the molar mass of terrestrial boron by a weighted average of the molar masses of these two isotopes (or more practically by measure the mass and getting the amount of a fairly pure sample of boron). 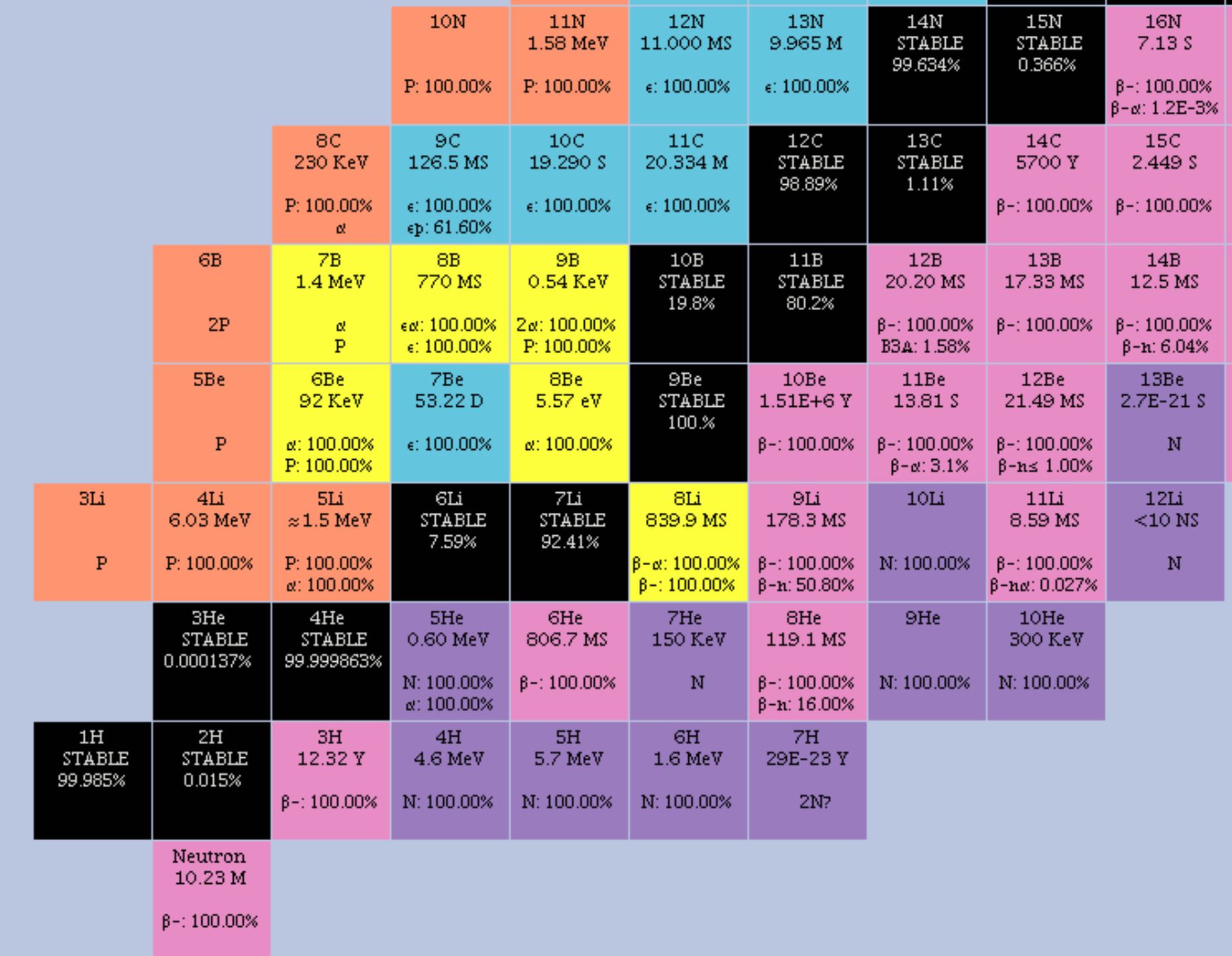 2
Reading number of outer shell electrons and other properties from periodic table?
0
Would it be correct to say that ozone is an element?
12
Is it possible that atoms with 120 protons are possible, but that atoms with 119 protons aren't possible?
1
What is the difference between strontium-86 and strontium-90?
3
Atomic weight = expected weight?
3
Is there a case when an atom of some element (e.g. carbon) does not have its expected number of protons (e.g. 6)?