The separation is however not good, particularly between the heavier lanthanides, but is markedly improved by the addition of complexing agents such as $\ce{EDTA}$, or ammonium citrate/citric acid buffer to the eluting solution. The citrate ion complexes most strongly with the smaller elements, i.e. with the heavier elements.

Now, the two compounds (cation-exchanger and complex) helds strongly different elements, one smaller in size and other larger in size. How will presence of two enhance separating property? Also here ammonium phosphate is mono-, di- or tribasic?

Following graphs are also given 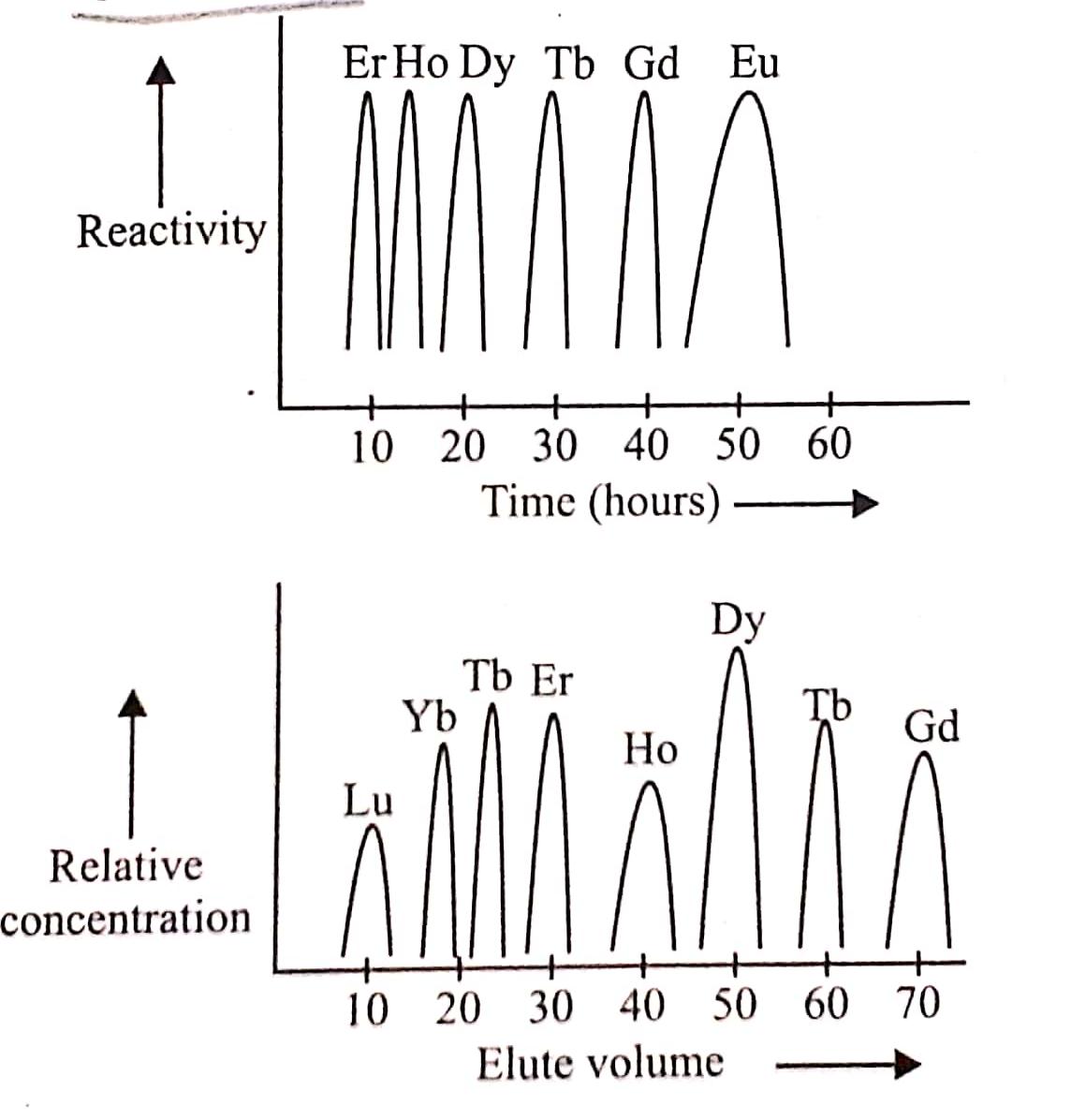 Please explain the meaning and significance of the graphs.

You must be reading this from really old ion exchange references. It is always good to mention the resources and references for other readers.

So you have to look up the hydrated radii of the lanthanides and try to see a trend on a simple sulfonated cation exchanger.

You second point is a misconception. The "trick" to add complexing agents works when you wish to alter the sign of the species you wish to separate. For example Cu(II) has a +2 charge, if I complex it with EDTA, the [Cu(EDTA)] has a charge of -2 Think about the Coulomb's law now. Can we use a cation exchanger now? This time we must try an anion exchanger.

One can still use a cation exchangers, in that case the complexed metallic anions will be repelled out and those ions which did not complex well will stay on the resin.

2
Are there ion combinations which can't be separated using the ion exchange resin method?
10
Lanthanides react with mineral oil?
4
Nomenclature - Lanthanoids vs Lanthanides (and Actinides vs Actinoids)
1
Separating sodium sulfate from chromium trioxide solution
0
What matters for ion exchange: net or local charge?