A question about geometry of benzenetetrol 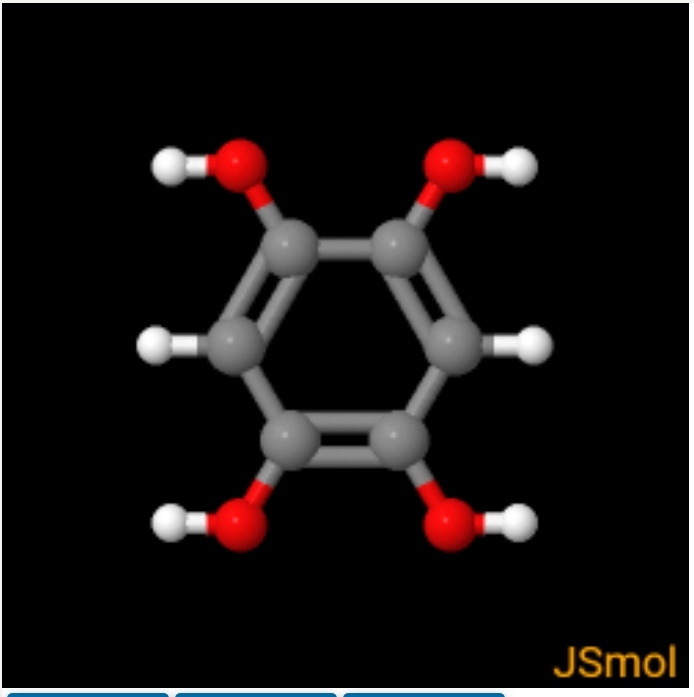 The melting point of 1,2,4,5-benzenetetrol is 210C (https://www.chemicalbook.com/ProductChemicalPropertiesCB41307665_EN.htm), so there is very probably significant intermolecular attraction between molecules, probably in three dimensions, which would involve the hydrogens pointing up and/or down, and not in-plane.

For a crystal structure, https://pubchem.ncbi.nlm.nih.gov/compound/1_2_4_5-Benzenetetrol suggests that 3 hydroxyls are planar while one is as out of plane as you would expect for cyclohexanol. Believe it or not. (I don't believe it.)

The (predicted) NMR spectrum shows two peaks, one very sharp for the aromatic protons, the other fairly sharp for the hydroxyls, but no experimental data seems to be available. The sharpness of the predicted spectrum suggests that the prediction is that free rotation is likely in solution.

Not the answer you're looking for? Browse other questions tagged organic-chemistry stereochemistry stereoselectivity molecular-mechanics stereoelectronics or ask your own question.

10
Phenyl vs methyl cis/trans stability
12
Steric hindrance of an unbonded electron pair
5
Thermodynamic vs kinetic reaction control with radical substitution
0
How do you determine steric hindrance?
2
What is the most stable conformation (Newman Projection) of CF3CH3?
1
Can anyone please help me how do you determine kinetically the fastest product of sulphonation of $\beta$ napthol?
4
Newman projections: how to tell which groups are bulkiest to determine what is the most stable conformation?