What is a secondary shell in an enzyme?

I've searched the internet for a definition of what the different shells in enzymes/proteins are and haven't found a good answer. This Nature article, which is about an enzyme that catalyzes Kemp Elimination, has the sentence:

The Val12Met and Phe77Ile mutations, also in the second shell, cause changes to internal cavities that cause a slight rotation in the backbone at Trp50 that also favors the alternative configuration.

What is the second shell, and how many different shells are there?

The authors mention three residues that they consider "second shell", 12, 77, and 102. They are shown in the figure below in green: 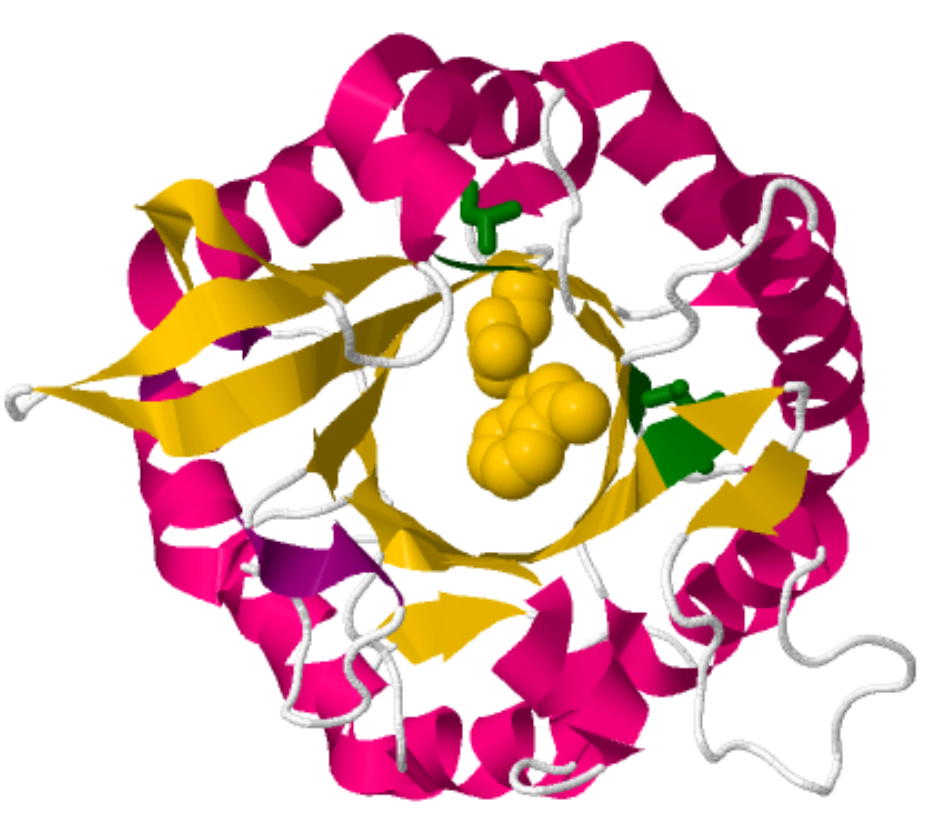 What is the second shell, and how many different shells are there?

This is not a well-defined concept. The term is more common for hydration of ions (first shell of water molecules makes direct contact, second shell contact first shell and so on), or in the context of coordination spheres (https://en.wikipedia.org/wiki/Coordination_sphere). When researcher write papers, they come up with descriptions that fit their structures. A famous example is to describe polymerase active site secondary structure as hands, with a palm, thumb and fingers, see e.g. https://marlin-prod.literatumonline.com/cms/attachment/c9a1e727-5b4b-45ce-81c8-8a24c1aea2ef/gr1.jpg. Some of these descriptions become common (such as the beta-barrel mentioned above) and some do not (my research advisor once described an enzyme as hat-shaped - it did not stick, maybe because hats come in many different shapes and forms, and barrels are more defined).

Not the answer you're looking for? Browse other questions tagged biochemistry proteins enzymes or ask your own question.

6
Finding specific activity of an enzyme from Km values for a reversible enzyme reaction
0
How to determine enzyme inhibitor efficacy?
2
Enzyme-Kinetics. Michaelis-Menten Curve
4
Enzyme Specificity vs Selectivity
3
Effect of His-tag on enzyme activity
2
Order of reaction / Rate-determining step in enzyme catalysed reactions
4
Enzyme Kinetics
1
What is the definition of a “Simple enzyme” exactly? Is it an enzyme that does not require a co-factor?