I have been pondering the assignment for the 1H NMR peaks observed. I can't really make sense of the observations from what I know. 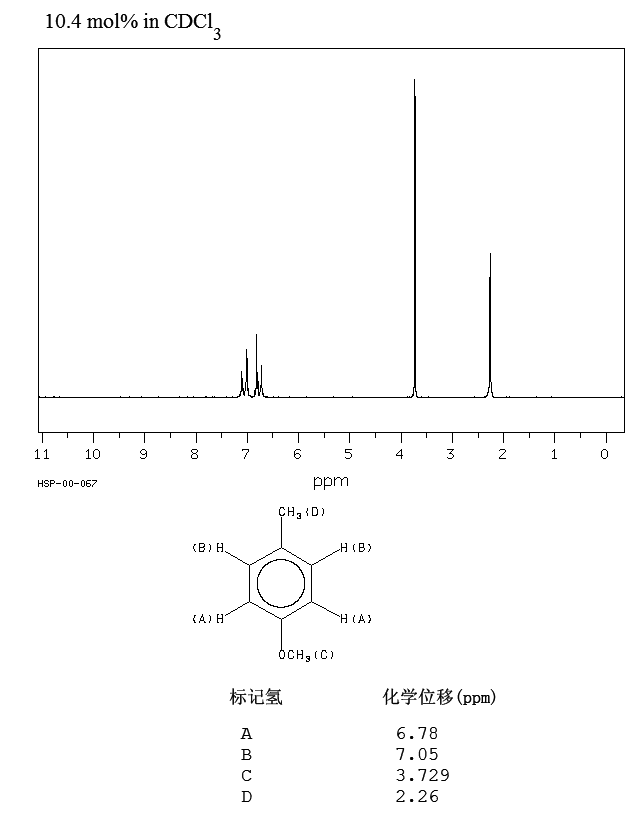 My question is the assignment of the signal between 6 and 7.5ppm. Unlike the way it is currently assigned, I would imagine Ha to be the most upshifted peak (near 7ppm) because methoxy group is slightly electron withdrawing and therefore de-shield the protons of Ha more than Hb (Hb is near methyl group which is slightly electron donating).

Any idea of how you would interpret the peak assignments?

The methoxy group actually interacts with the aromatic ring via two competing mechanisms.

It is indeed electron withdrawing via the sigma bond interaction between the O and C of the aromatic ring. However the lone pair on the oxygen conjugates through the delocalised pi network and increases the electron density at both the ortho and para positions. If you draw out the conjugation pathway you will see the electrons can sit on the ortho and para carbons. This is the more significant contributor to the overall electronics and, therefore, chemical shift. So, the protons ortho to methoxy are far more shielded than those ortho to the weakly electron donating methyl group.