Haemoglobin literature spectra does not match

I am studying haemoglobin absorption spectra in its oxygenated and deoxygenated state and I compiled values from different sources including:

All the published coefficients are defined as base 10 extinction coefficient. That is if I is the light intensity, they are expressed in Beer-Lambert law as:

Where $l$ is the light path length (cm), $c$ the concentration in absorbing compound (mol/L) and $\varepsilon$ the molar extinction coefficient (L/mol/cm).

How comes there is a 3.7-4.0 factor between Prahl and Kolyva data on the one hand and Assendelft and Zijlstra on the other hand?

At first I thought of some $log(10)\approx2.3$ difference, as if some of the author forgot to precise that they used base $e$ extinction coefficient at some point but it does not fit. If anyone has an idea on the topic, the help would be most appreciated. 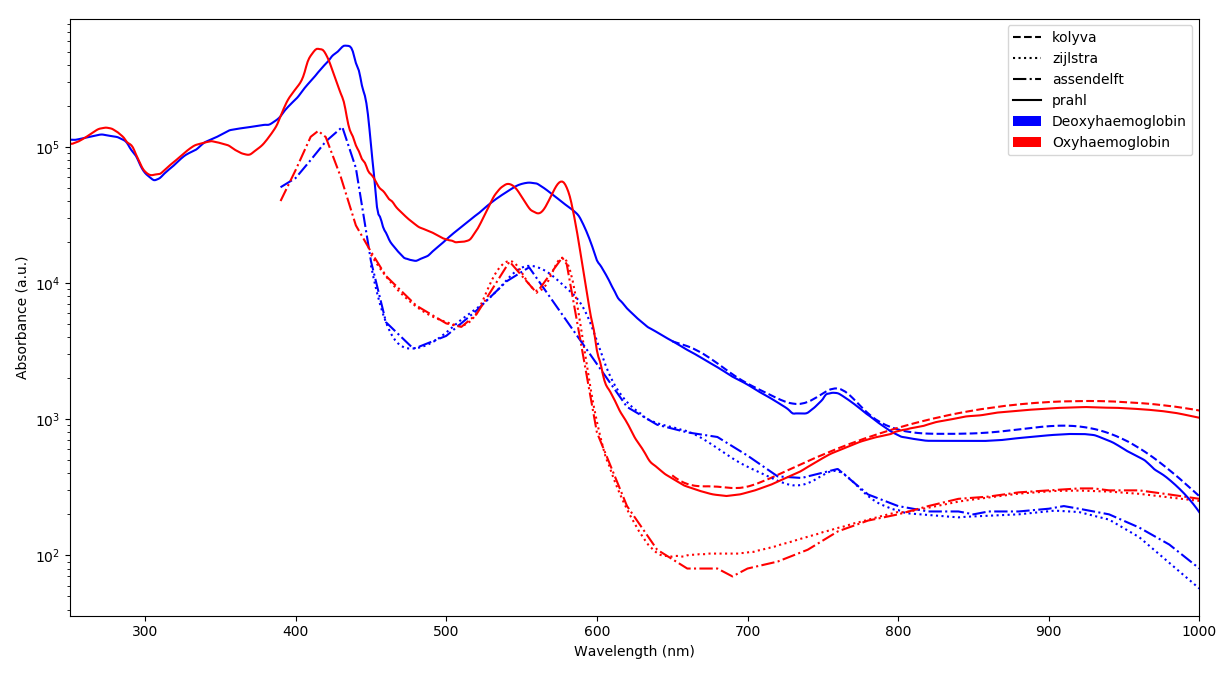 The cyanmethaemoglobin method is often used for the determination of the haemoglobin concentration of a solution. In particular, its absorbance at 540nm is known to be 11.00L/mmol/cm[5] which is in agreement with Assendelft and Zijlstra published data.

As stated by Scott Prahl :

It seems that Assendelft and Zijlstra used the equivalent quantification of haemoglobin, meaning that all their extinction coefficients should be multiplied by 4. This leads to the following figure: 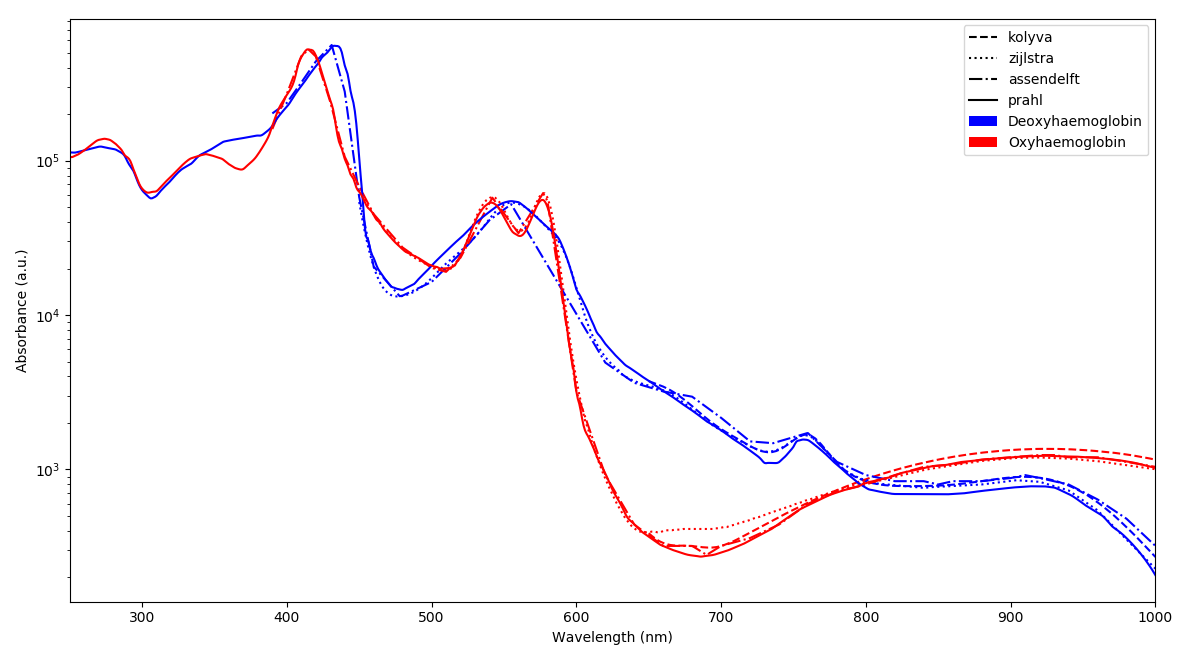 Sorry for not having read again Scott Prahl's description before posting. I read it several months ago, as I was gathering data from different source and forgotten it since...

2
UV-VIS spectra of n-decanes
3
Hooke's Law for absorption spectra
5
How to calculate vibrational spectra of organic molecules?
12
Why Acetone does not behave like its computational values?
2
Expected accuracy of experimental IR spectra compared to literature reference
0
Conversion from Spectral Line Intensity to Absorbance (HITRAN)