Why aren't Boron and Aluminium assigned to group 3 of periodic table? What determines the group? [closed]

I've been curious about this 3D representation of the periodic table "Mendeleev's Flower" and was trying to study it, wondering if it reveals any regularities that are not obvious from classic periodic table. 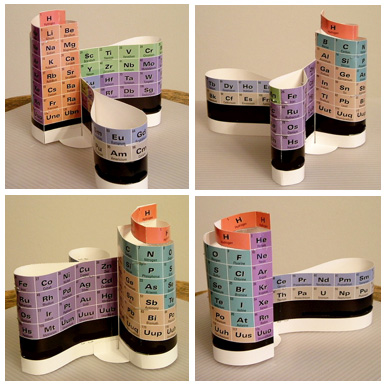 But since it's hard to look at a 3D table on a flat computer screen, I found flat equivalents.

There I found a discrepancy: Hyde assigned Boron and Aluminium to group 3 (IIIA), whereas everywhere else B and Al are in the group 13 (IIIB).

I can totally see why Hyde split the table like this (apart from being obsessed with Silicon): such a split creates an absolutely stunning symmetry.

You can see this symmetry on the Hyde's table with colors and dashed lines that cross Silicon and connect related elements.

This can't be just a stretch/exaggeration/far-fetching/"squeezing the universe to fit into an appealing model, even though the universe resists". It's just too good!

But the symmetry is just too good. It reveals stunning periodicity that no other periodic table is capable of.

And then I remembered this short-form periodic table: 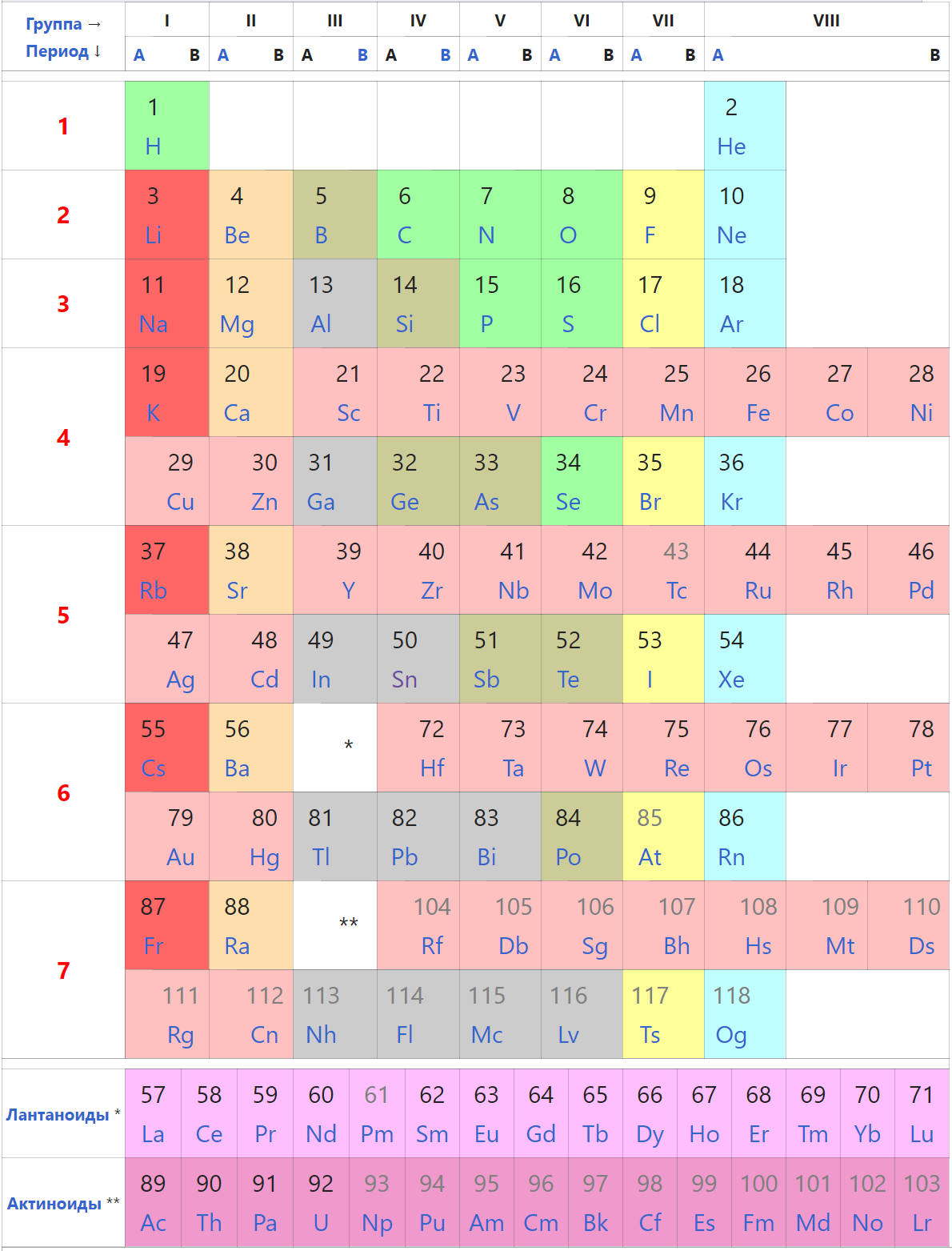 Russian Wikipedia says the short form was banned by IUPAC in 1989 for some reason, but it's still used in Russian schools because it makes figuring out valence values easier.

And this table does not have the split. Boron and Aluminium appear in the same column regardless of whether you assign them to 3 (IIIA) or 13 (IIIB). I think this is absolutely beautiful.

I believe this Al/B positioning thing has scientific significance, but I don't understand the meaning of the groups.

Back in 1933, John Drury Clark published 1 his "race track" periodic table that subsequently became famous as the cover of Life magazine in 1949: 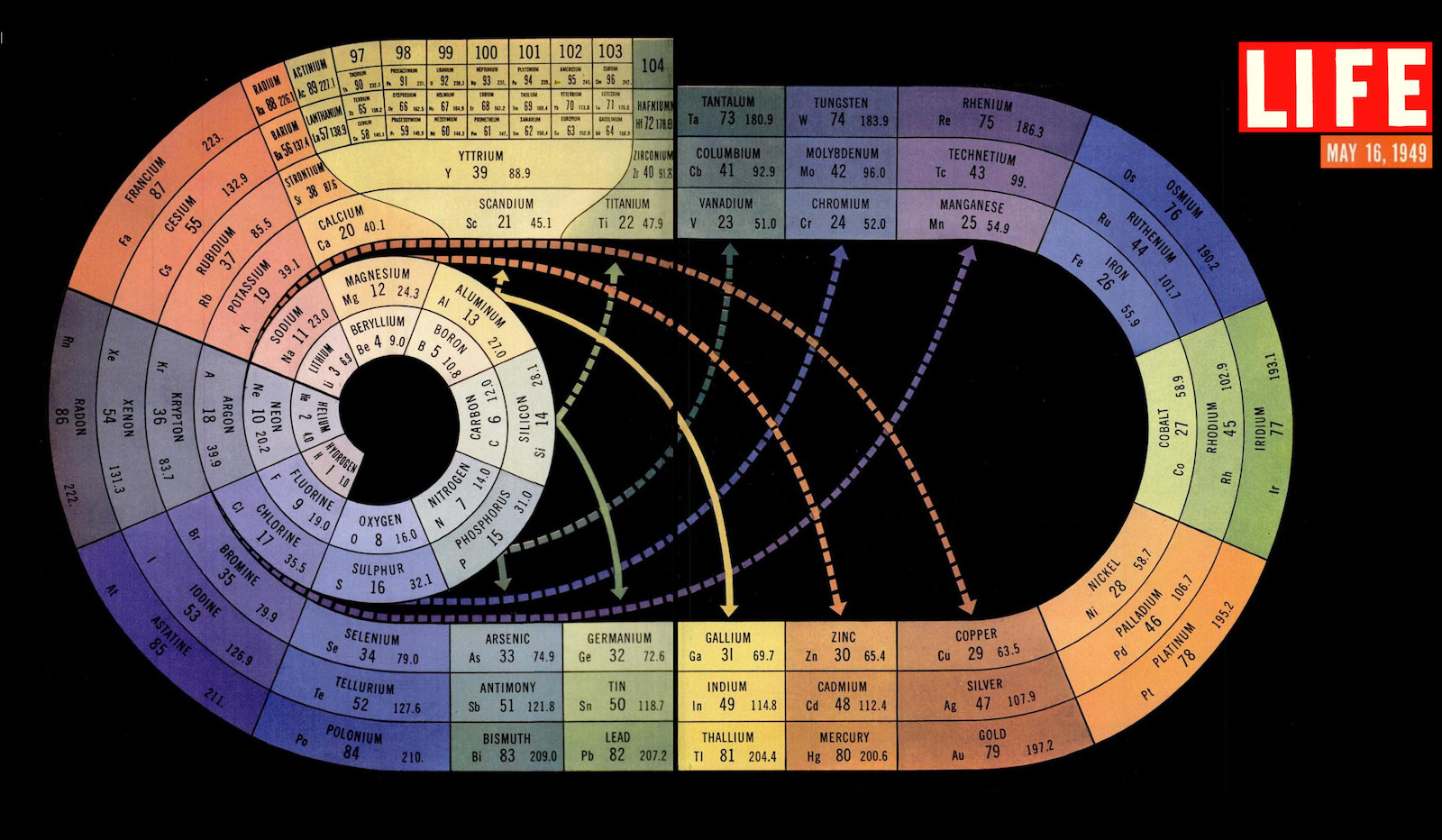 Looks like B and Al are nicely positioned. Just need to add an outer track for elements 105 - 118, element names and symbols for elements 97 - 103 and element 41 is niobium, Nb.

Not the answer you're looking for? Browse other questions tagged electronic-configuration periodic-trends elements periodic-table history-of-chemistry or ask your own question.

2
Reading number of outer shell electrons and other properties from periodic table?
8
Confusion with the Periodic Table
2
What are inner core electrons and how do they influence chemical and physical properties?
0
Electronic configuration and the periodic table
4
Why are group 1 elements called alkali metals and group 2 elements are called alkaline earth metals?
4
What is the true depiction of the periodic table?
6
Why can’t lanthanum through lutetium and actinium through lawrencium all be in group 3?