How to figure out the most stable conformation of the diastereomer?

Question 1: Which of the following Newman projections represent the most stable confirmation of the diastereomer of the molecule given below? 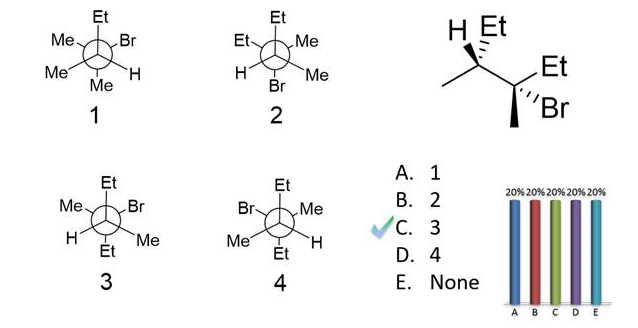 I guess my main question is looking only at the Newman projection, how does one determine the stereochemistry?

Question 2: Which of the following Newman projections represents a confirmation of the enantiomer of the molecule given below? 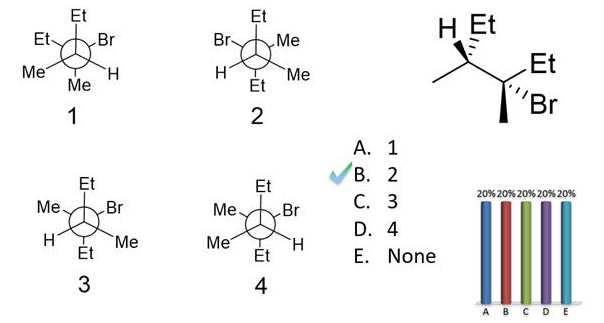 In the same vein, for the second question, I thought I should flip all the stereocenters to get the enantiomer since it is a mirror image. But I am not getting the answers the professor provided to us.

To answer your professor's questions, there is no need to determine the R/S configuration of the two carbon atoms. We have to check the clockwise/anticlockwise arrangement of the substituents around the carbon atom, but checking specifically whether it is R or S is unnecessary.

Before moving further, let's have a look at the following image so that we are clear on how to visualise Newman Projections:

Since in the options provided in the question the carbon atom having bromine is at the back, we'll have to look at the molecule in the following manner: 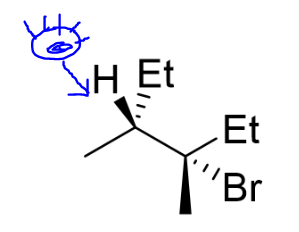 Hence the Newman Projection obtained would be this: 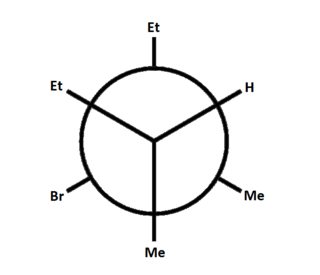 Now, in question 1, option A can be rejected as it's an entirely different molecule. Option 4 has the atoms in the same order as above, so it is the exactly same molecule. In option 2 and 3, the arrangement of atoms is same for the back carbon but different for the front carbon. Therefore, without finding R or S configuration, we can say that options 2 and 3 are the diastereomers!

Out of these two structures, option 3 is more stable as the bulky ethyl groups are at the farthest position from each other.

Moving on to question 2:

Now let's look at the questions in hand: 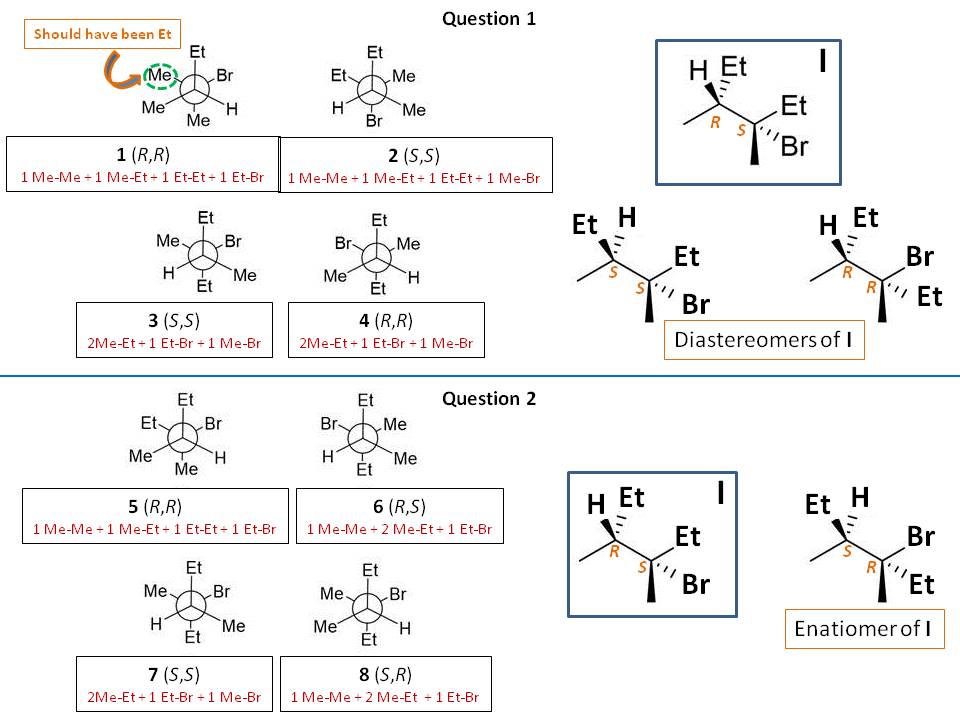 OP's main question: Looking only at the Newman projection, how does one determine the stereochemistry?

I already gave the comparative gauche interactions by $\ce{Me}$, $\ce{Et}$, and $\ce{Br}$ groups. First, I want to point out that the compound $\bf{1}$ is either written wrong or intentionally put a $\ce{Me}$ group on the back carbon (see the group marked by green circle). I think it should be an $\ce{Et}$ group so that it would relate to the given reference compound, $\mathrm{\bf{I}}$. So, I made the adjustment as of it is an $\ce{Et}$ group.

Note: I have also put relevant gauche interactions in each compound of second question for the readers' benefit.

Not the answer you're looking for? Browse other questions tagged organic-chemistry stereochemistry energy stability conformers or ask your own question.