What is d-orbital collapse?

When I was perusing the works of Schwarz on atomic structure, I came across the unfamiliar term of d-orbital collapse.

He describes it as a variation in energetic sequence from group 1 to 3 elements such that the order changes from 4s<4p<3d in K, 4s<3d<4p in Ca and 3d<4s<4p for Sc and subsequent elements. He continues to say "It is the result of the interplay of nuclear attraction, of imperfect shielding by the inner-core electrons, and of angular-momentum dependent centrifugal forces. It explains why 4s becomes occupied in K and Ca before 3d, but 3d before 4s in the transition elements." 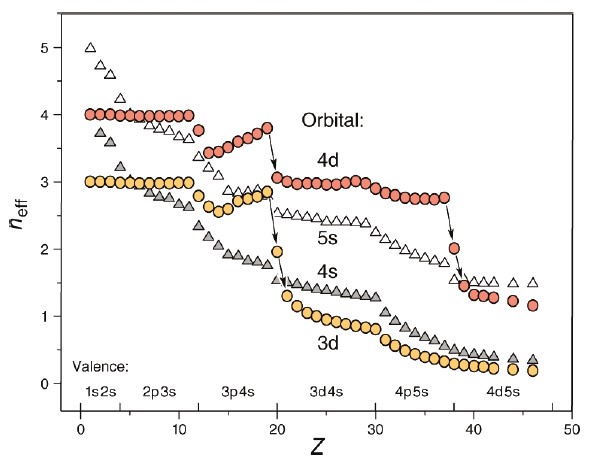 He states the orbital energies ε are represented by the effective quantum numbers neff = 1/(√|ε|/13.606 eV)^3. This seems to imply the orbital energy of 4s is lower than 3d for K and Ca hence the 4s orbitals are occupied in preference to 3d in their atoms. 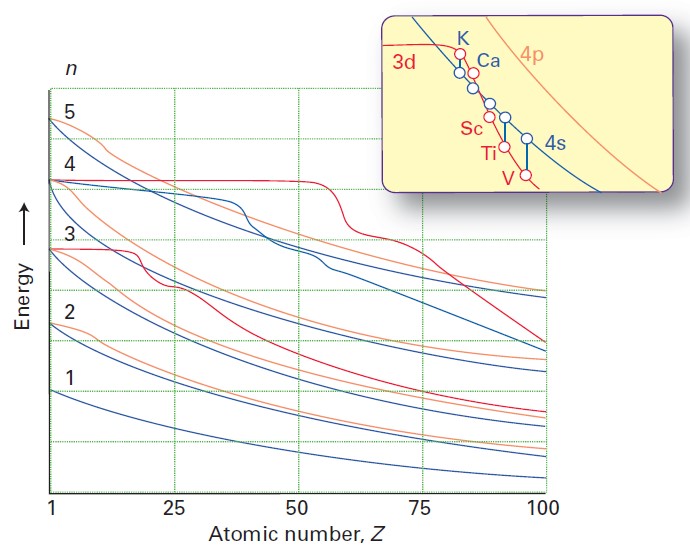 Criticisms of a similar graph used in textbooks is that it features out-dated calculations made by R. Latter in the 1950s that seemed to indicate the energy of the 4s orbital was lower than that of 3d. The graph which shows the crossing-over of the energies of the 4s and 3d orbital energies, "is now known to be erroneous". ("A Critique of Atkins' Periodic Kingdom and Some Writings on Electronic Structure" Scerri, Foundations of Chemistry 1: 297–305, 1999) Schwarz also alludes to this in his article: "The graphic is quantitatively correct, in contrast to qualitatively incorrect artwork in many chemical and physico-chemical textbooks.", yet his graph reproduces the same phenomenon.

Does Schwarz's d-orbital collapse actually imply 4s orbitals having lower energy than 3d? Is there any way to renconcile the contrasting information presented?

4
Energies of atomic orbitals on molecular orbital diagrams
13
Splitting of $d$ orbitals when ligands approach central metal ion
10
Why is the 5d orbital instead of the 4f orbital filled in lanthanum?
2
Why is 2s more stable than 2p, if 2p experiences greater effective nuclear charge?
3
Electronic configuration of the actinides
3
Order of filling electrons in Jahn-Teller energy diagram