Not sure if this belongs on Chemistry or Physics stackexcahnge.

I would assume that it contracts, similar to any other crystal as it cools.

I'm familiar with the different phases of ice, which require different amounts of pressure and such to create. For my example above, I'm talking about taking a cup of water, and slowly freezing it over time with roughly no change to the pressure in the room.

Well, the easiest way to address this question is take a look at the phase diagram for ice. Ordinary ice as we know consists of lots of hexagonal rings of water molecules. First off, as temperature is decreased well below $0~^\circ$C, there will be a slight contraction of the lattice due to decreased thermal contribution to vibrational frequencies. This will cause the average $\ce{OH}$ bond length to decrease which will cause a subsequent contraction of the average $\ce{OO}$ distance. 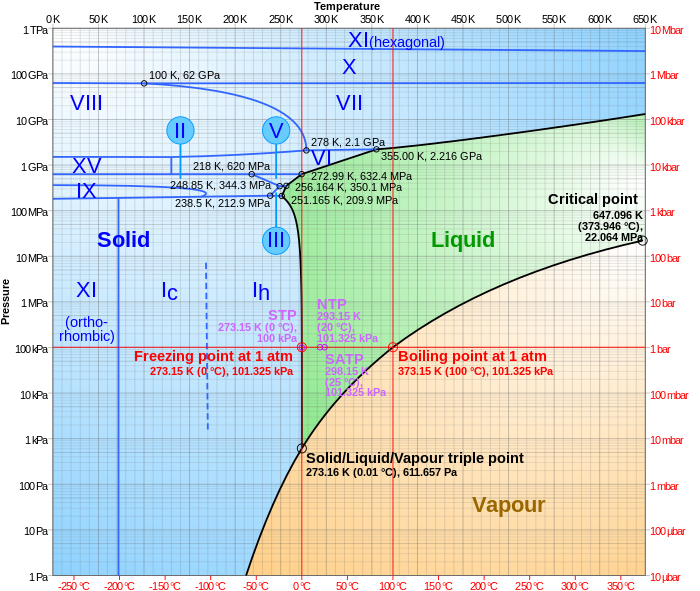 For this reason, people thought there might be a low-temperature phase of ice which is proton-ordered. That is, you have the same lattice as in regular ice Ih, but the protons all point in the same direction when forming hydrogen bonds. This is easier to see, so I have put a picture of the lattice below. 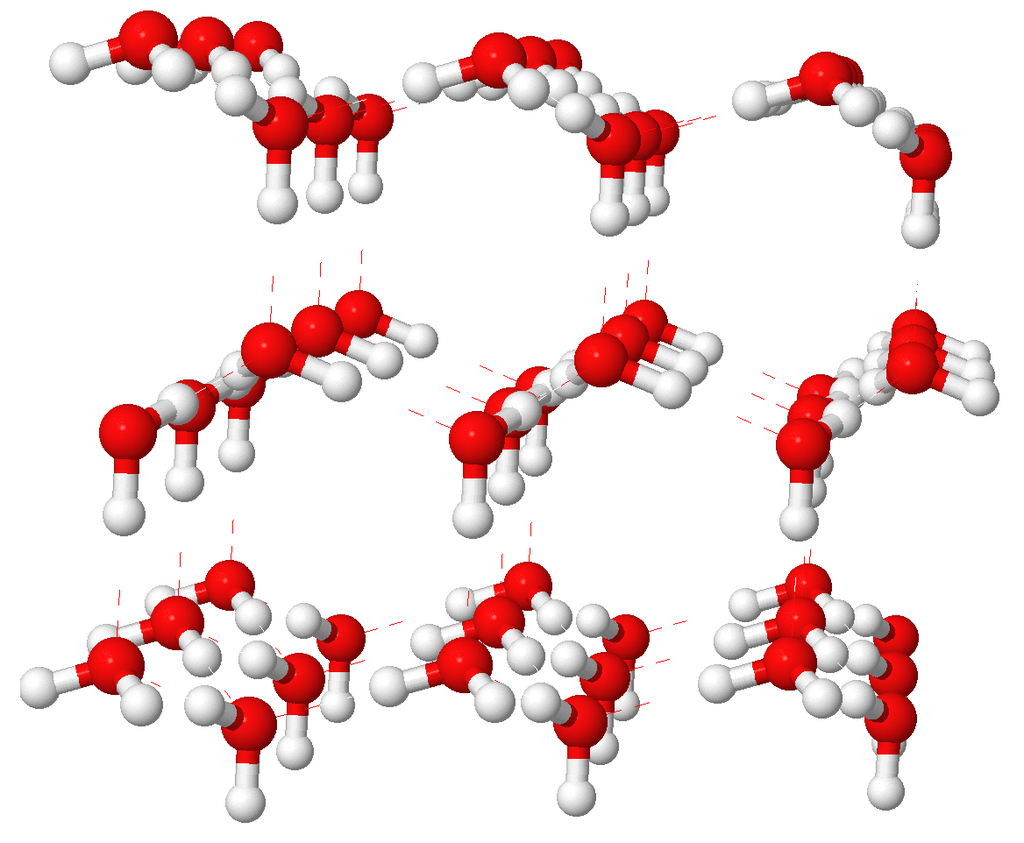 This phase of ice is called ice XI. I think they are numbered based on the order they were discovered, which is very annoying.

In practice, even though this is essentially the ground state of bulk water, it is very uncommon to find in nature, and very difficult to synthesize in a lab. This is because at such low temperatures, the rates of proton rearrangements are very slow. These rearrangements occur by proton transfer in ice, or by rotating to rearrange which oxygen the hydrogen bonds are donated to. These processes individually have high barriers, and hence have low rates even at relatively high temperatures and pressures. So, going from ice Ih to ice XI occurs much more slowly than most phase transitions.

You can read about how ice XI is prepared in practice on the wikipedia page for ice XI, but basically you introduce defects which act as catalysts for the rearrangements for the hydrogen atoms.

TL;DR: To be really pedantic, the answer to your question depends on how long you are willing to wait as you keep cooling down the block of ice. That is, if you have an ice cube and cool to e.g. 5K, then nothing will happen besides a slight contraction of the lattice. If you keep it at that temperature for, literally something like 1,000 years (evidence from Antarctic ice cores), then your ice cube will look exactly the same, but microscopically, the protons will be organized much more neatly. How pleasant.

There are two structures of ice that are found in that temperature range, hexagonal (common on earth) and cubic (less common on earth). To read more about those, see e.g. https://www.pnas.org/content/110/29/11757.

In the absence of a phase change, the density increases with decreasing temperature (for comparison, the density of water is on the order of 1000 g/L): 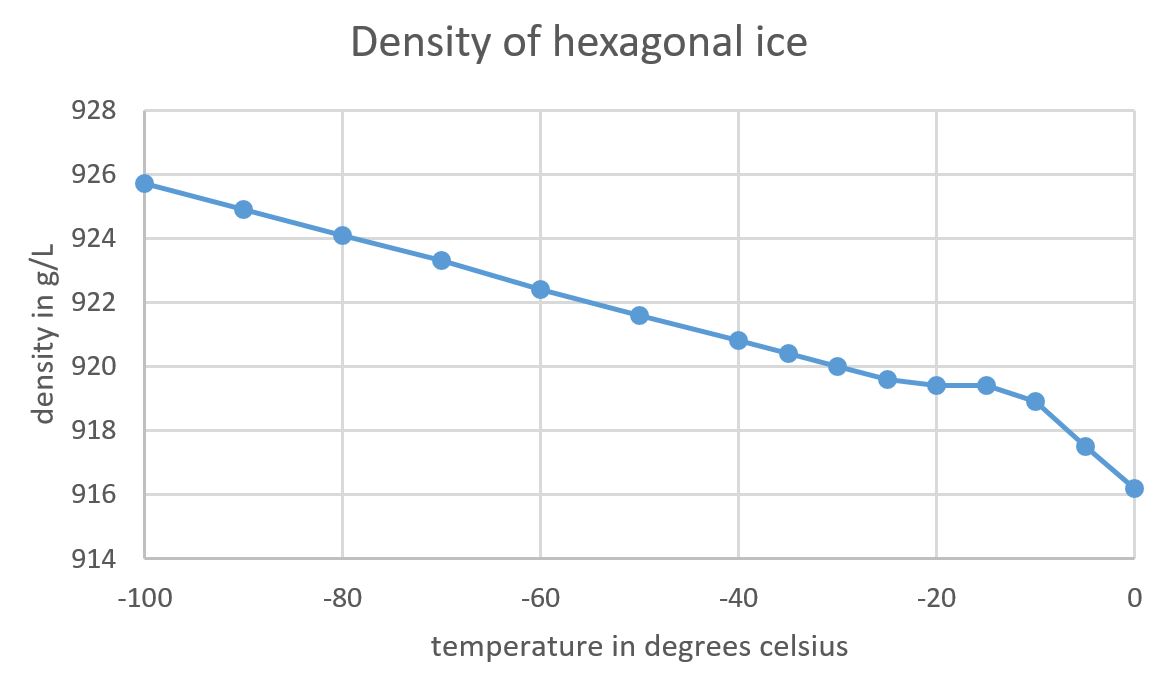 Not the answer you're looking for? Browse other questions tagged physical-chemistry thermodynamics water crystallography or ask your own question.

7
Why is ice cubical in structure at very low temperature?

46
Why does ice water get colder when salt is added?
31
What makes ice slippery?
1
How the crystal structure varying for the same compound?
2
Bravais Crystal Lattices and Voids
5
Assigning absolute configuration when determining crystal structure isn't possible
2
Crystal structure database search for space groups
4
What is the Crystal System of MoS2?