The wikipedia page states clearly that the coloured form of phenolphthalein is the one with two protons removed. What is the evidence that phenolphthalein loses both protons in basic solution? And does the only once deprotonated form ever appear?

The Wikipedia article has a nice picture of the stages of deprotonation of phenolphthalein: 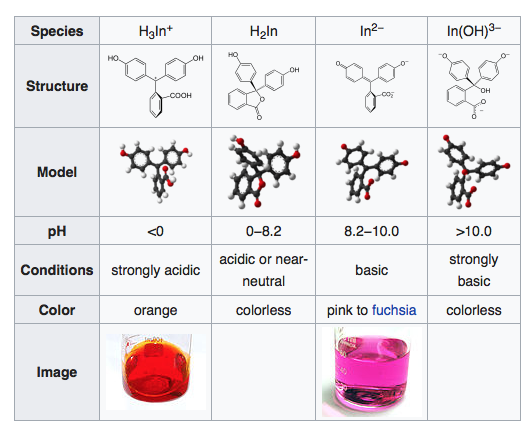 However, there is a big jump here between H2In and In2-. In fact, smaller steps, showing just one deprotonation, are very reasonable. Whoever heard of two protons coming off at the very same time? 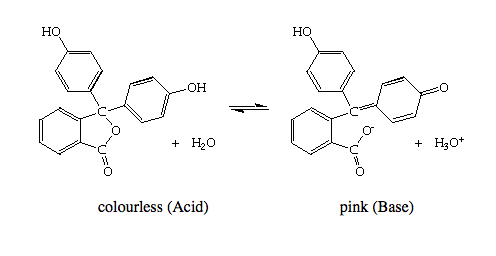 Of course, a fuller explanation is needed.

Thymol Blue has a structure siilar to phenolphthalein in that it has two phenolic groups. They deprotonate at different pHs and thymol blue has two color changes.(https://en.wikipedia.org/wiki/Thymol_blue): 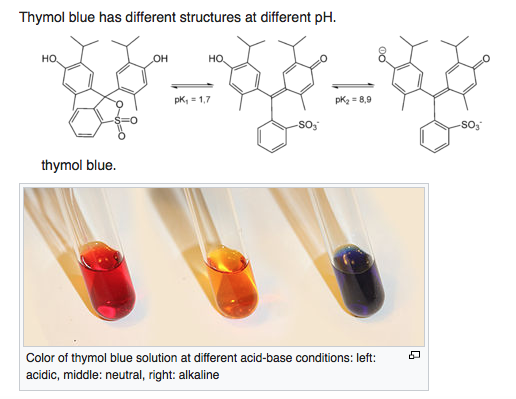 The uk reference also lists the pH for a color change of various indicators and also the range over which the color change occurs. 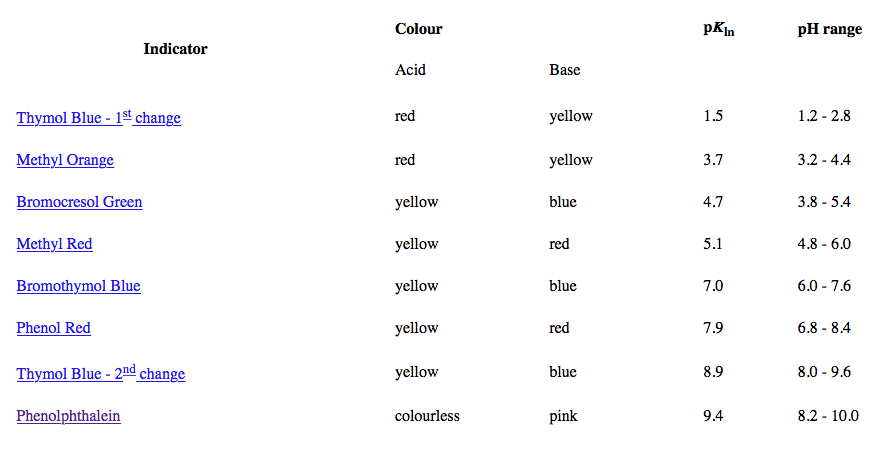 And litmus. Litmus is a water-soluble mixture of different dyes extracted from lichens. The litmus mixture has the CAS number 1393-92-6 and contains 10 to 15 different dyes. All of the chemical components of litmus are likely to be the same as those of the related mixture known as orcein, but in different proportions. In contrast with orcein, the principal constituent of litmus has an average molecular mass of 3300. https://en.wikipedia.org/wiki/Litmus 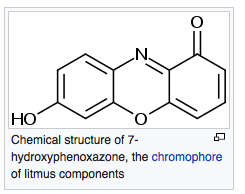 In the list of indicators, all have a range of color change of 1.6 pH units, even thymol blue, which has two phenolic groups. Except phenolphthalein, which changes with a broader range of 1.8 pH units. Then there's litmus, with a color change range of 3.8!

The range for litmus can be ascribed to its being an extract of many similar dyes, a natural product, with slight differences between individual compounds. Thymol blue has a sulfonate moiety which will ionize more easily than the carboxyl in phenolphthalein. It seems that the colorless form is singly ionized, being a single quinone moiety and two aromatic rings, without extended conjugation.

In thymol blue, the second deprotonation gives a phenolate which more certainly conjugates with the quinone, establishing a larger conjugated system, thus highly colored. (Yeah, the unconjugated neutral compound is red, how do I explain that - I guess it's just the starting color of a pretty aromatic compound.)

Now in phenolphthalein, the first deprotonation yields an ion, shown in the uk reference. (Although they say it is pink, I am going to disregard that. In addition, I'm going to postulate that the mono-ion would be better described as an ester with a phenolate group, not as a quinone-carboxylate.) This first-deprotonated ion resembles the colorless form of thymol blue: a quinonoid structure with two phenyl rings attached to a central carbon. I might guess/conclude that this form could be colorless and that the second deprotonated form is the pink/fuchsia compound. The (slightly) larger range for the color transformation could well come from the lower tendency of the carboxylate (compared to the sulfonate in thymol blue) to dissociate after the first proton is drawn off; as long as the central carbon is tetrahedral, the molecule has one phenol and one phenolate. The central carbon goes planar in phenolphthalein AFTER the second proton comes off, whereas the second proton comes off in thymol blue from an already planar structure.

To restate: in phenolphthalein, the central carbon is tetrahedral and the two phenolic groups have very similar pKa; after both phenolic protons are removed, the carboxyl detaches and the extended resonant system is formed (pink/fuchsia). In thymol blue, the first proton removal is easy because the sulfonate is a more stable ionic group than carboxyl, so this proton is more acidic than phenol, but the second proton is just part of a substituted phenol.

Just for reference, the pKa of phenol is 9.95 (https://en.wikipedia.org/wiki/Phenol).

4
Why do aqueous solutions of sodium chloride and silver nitrate swap ions?
7
Colour change of fluorescein in acidic and basic medium
2
Do Sulfuric Acid and Calcium Hydroxide Completely Neutralize One Another?
3
Dissociation constants of leucine
4
How many protons does phenolphthalein lose in basic solutions?
2
pH of 0.05 M NaH2PO3
7
Is calcium chloride an acidic or basic salt?