How energy is released when chemical bond is formed?

In books it is commonly written that whenever a chemical bond is formed the energy of the molecules/atoms gets lowered and hence energy is released. This is generally explained by diagrams like this 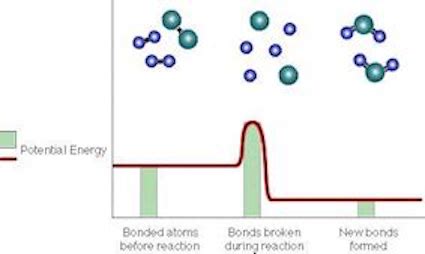 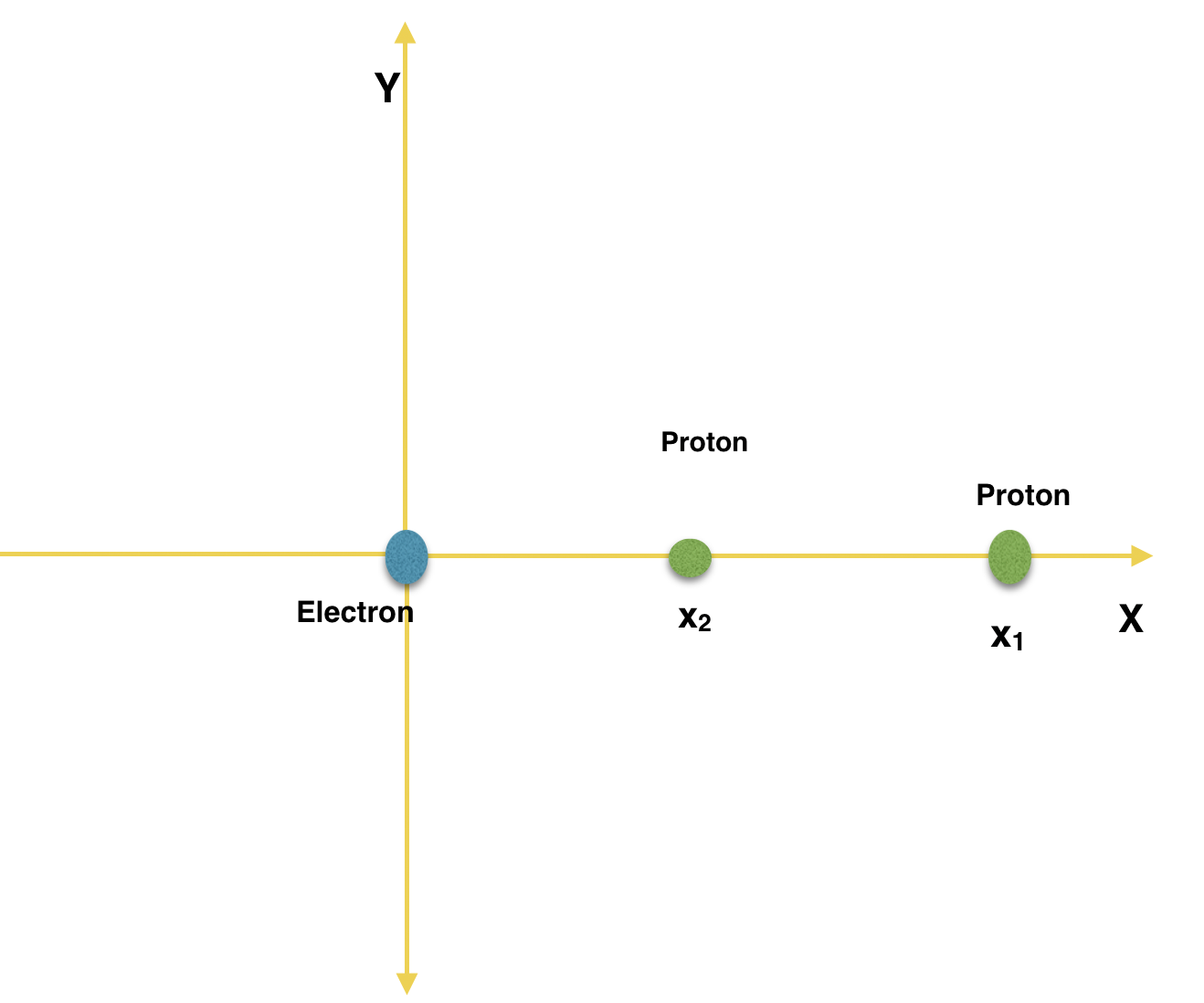 How in chemistry the energy gets released by the formation of bonds? I know that we can say without intricacies that potential energy gets lowered and hence the difference of energy is the energy that we get, but how does this happens? If we have some cation and then we put some anion in the reaction mixture then, of course, cations will get attracted towards the anion and hence will gain kinetic energy and according to me that's the only possible way to lower the potential energy. Is that kinetic energy that we measure as heat and say that the reaction is exothermic?

Any help or clarification will be much appreciated. 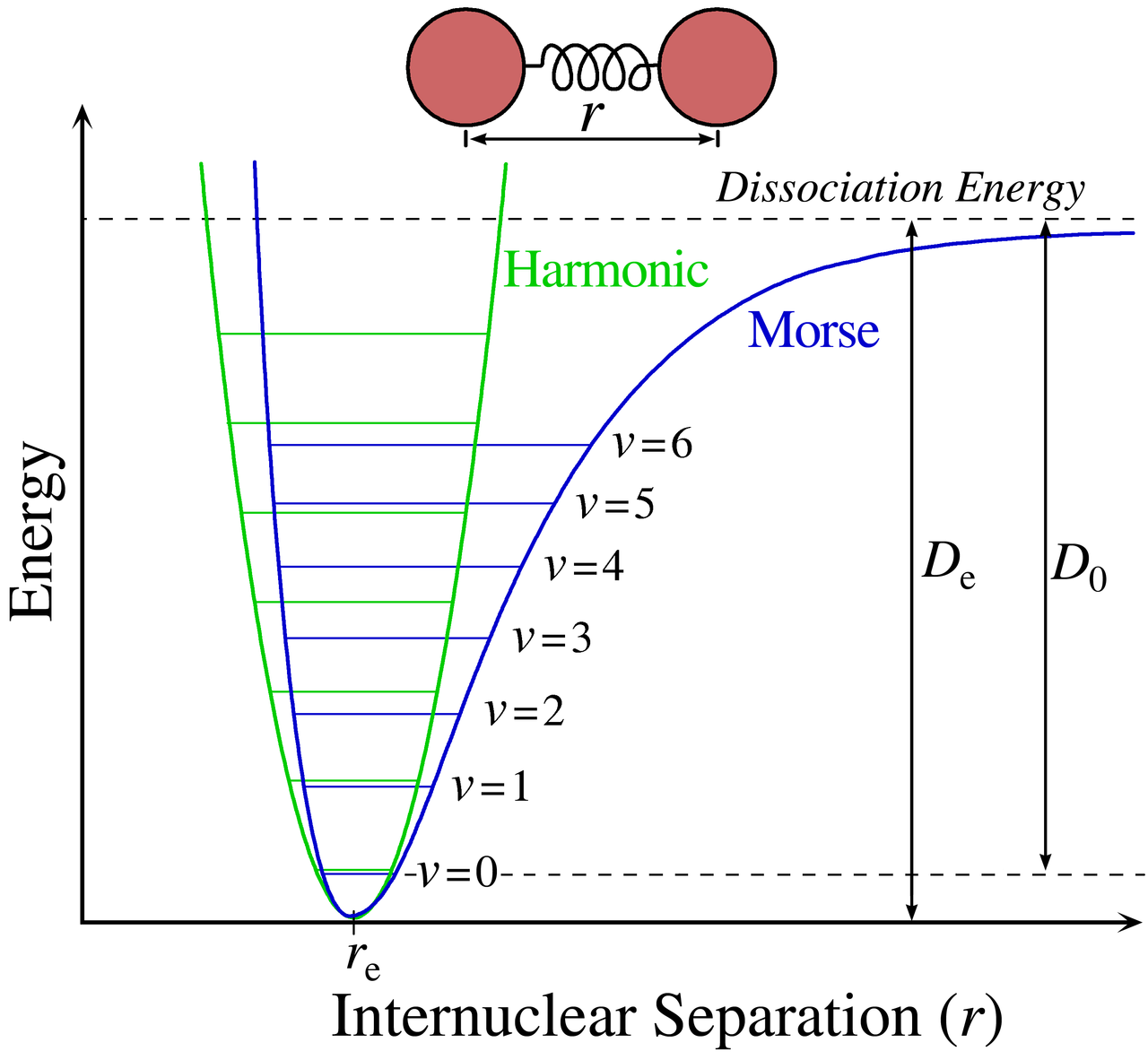 In the figure you also see horizontal lines in the Morse potential which represent the energies of the vibrational states that are supported by the potential. Now that we know what the potential looks like we can take our two atoms at infinite distance and move them towards each other, that is, the total energy $E_\text{tot}(r)=E_\text{Morse}(r)+E_\text{kin}(r)>0$. As the atoms get closer, the potential energy gets lower and the velocity and kinetic energy increase, the total energy is - of course - conserved. When the atoms come so close that they start to repel each other (when they hit the repulsive "wall" on the left), they fly away in opposite direction and end up at infinity again! This is the same result that you would find with an ideal marble track (no friction) that is similarly shaped to the Morse potential: the marble will roll down, first accelerate, then climbs up the wall on the left and rolls back to where it started. In order to from a bond (or to stop the marble in the middle) we need to remove part of the energy of the system. As Ivan Neretin pointed out, this can be done by emitting a photon. When the atoms are separated at $r_e$, the release of a photon with energy $h\nu=D_0+E_\text{kin}$ will result in a loss of energy and the atoms will be trapped in the potential. (In our marble track, friction can play a similar role)

This process is called radiative association and it is believed that it played an important role in the chemistry of the early Universe. However, not all molecules can emit a photon. There are some rules - selection rules - which have to be fulfilled. The molecule needs to have a dipole moment for instance. Therefore $\text{H}_2$ molecules are unlikely to be formed via radiative association.

Another, more likely, method to remove the energy is to have a third atom (or molecule) colliding with the other two atoms. This atom can then take away the excess energy in the from of kinetic energy in a so-called three-body collision.

When you have more complex molecules that collide to form bonds, the excess energy can be distributed over the different degrees of freedom that the molecule possesses. For instance, the molecule's vibrational and/or rotational energy is increased which results in an increase in temperature.

You may simply say that energy is needed to break a bond. Breaking a bond is endothermic. So the inverse is exothermic. Energy is released when a bond is formed.

Apparently you want to just discuss what is happening when an electron approaches a proton from far away (x1 in your drawing) to a shorter distance (x2). The electron is supposed to have no kinetic energy at the beginning, in x1. When arriving at x2, the difference in potential energy has been transformed into kinetic energy. When the electron arrives at the x2 position, it has a great velocity. It will not stay here. It will continue its way until it will nearly touch the proton at the abscissa x3 < x2. At this point, all its energy is potential again (no kinetic energy) : it will be repelled back to higher x values. It will go back exactly to the initial point x1, where the kinetics energy was zero, then start again the same oscillation to x3 and back, again and again. The only way of stopping this oscillation is a collision with a third body, to which the electron gives a part of its kineticenergy. This will stabilize its movement. After a couple of collisions, the electron will get to the stablest position at x = 0.5 Å, as it is in a stable H atom.

1
What is the energy released in chemical reactions?
1
How does the Lennard-Jones potential relate to energy?
14
How is chemical energy stored in carbon
6
How is kinetic energy accounted for when describing diatomic bonds with a Morse potential?