Why does Pb have a higher electronegativity than Sn?

I recently learnt that electronegativity generally decreases as I move down a group and from right to left within a period. However, according to the table below, Pb has an electronegativity of $2.33$, which is higher than $1.96$ of Sn. There are also a lot other elements, such as Au, Hg, and W, that does not follow the general rule of electronegativity.

Can someone offer an explanation of why some elements have a higher electronegativity than the elements directly above them? 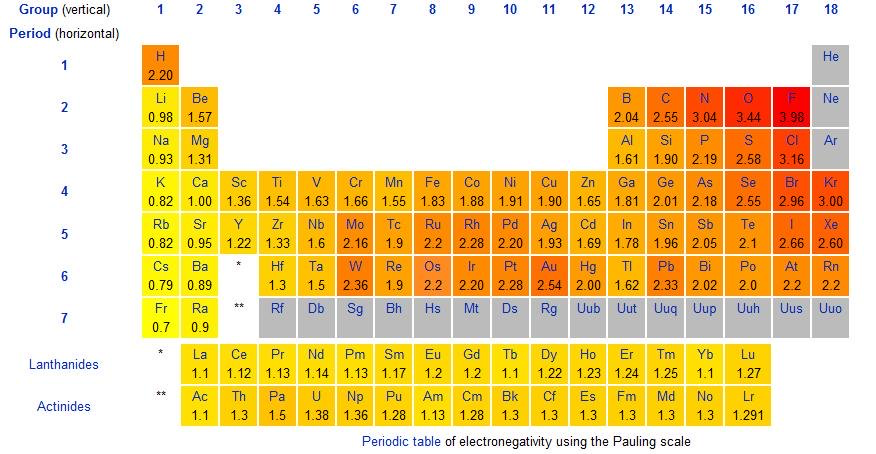 The explanation is actually well-known.

Electronegativity, symbol χ, is a chemical property that describes the tendency of an atom to attract a shared pair of electrons towards itself.

Not the answer you're looking for? Browse other questions tagged electronegativity or ask your own question.