How can AuCl3 exist?

Gold(III) chloride does not exist as $\ce{AuCl3}$. According to Wikipedia, the name gold trichloride is a simplification of the name, which is referring to the empirical formula, $\ce{AuCl3}$. The X-ray defraction studies revealed that the chemical exists as a chloride-bridged dimer, $\ce{Au2Cl6}$ (Ref.1): 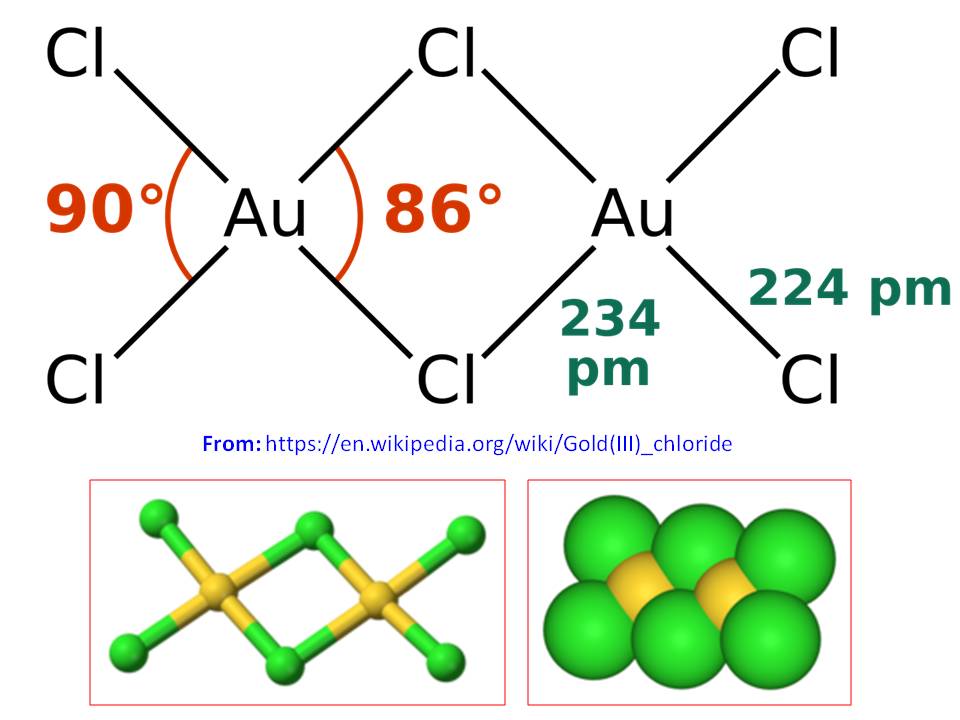 In $\ce{Au2Cl6}$, each gold center is square planar, and the bonding in $\ce{Au2Cl6}$ is considered somewhat covalent (Wikipedia). Yet, your suggestion is somewhat true, since a recent research has shown that $\ce{Au2Cl6}$ is susceptible to decompose to metalic $\ce{Au}$ and $\ce{Cl2}$ gas at high temperatures or expose to $\ce{e-}$-beam irradiation (Ref.2).

Also, another research group (Ref.3) has shown that:

Gold chloride, supplied as $\ce{HAuCl4}$ solution, is rapidly adsorbed on the silicate surfaces, the Au(III) is reduced to metallic gold, and gold particles grow on the surface. SEM images show agglomerates of gold unevenly distributed on the surface of the silicates, including in some areas forming agglomerates, especially on quartz and feldspar. 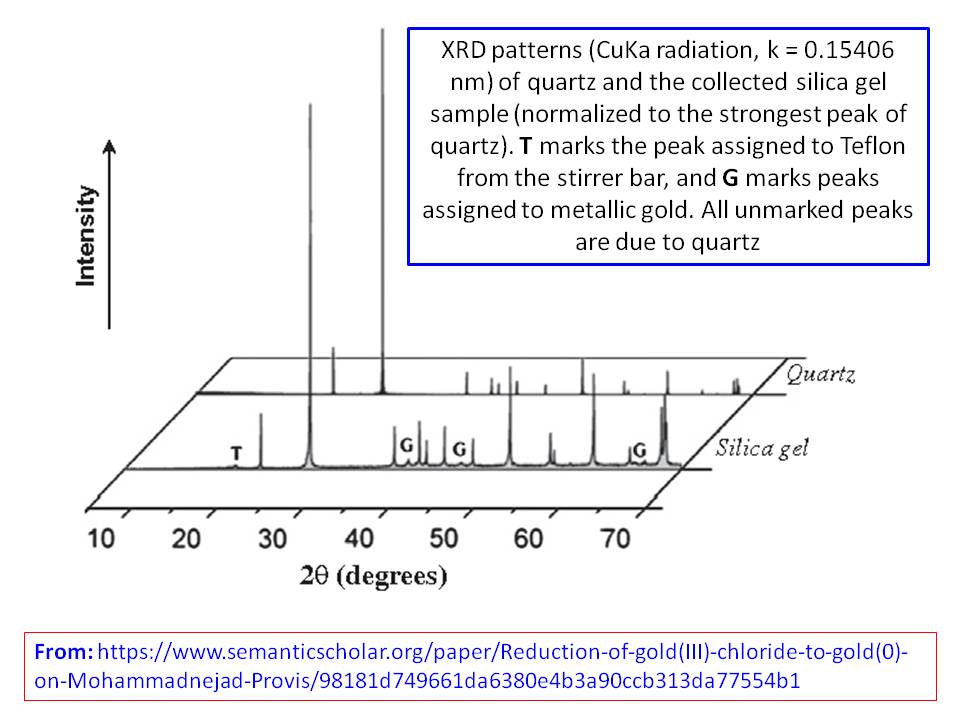 Not the answer you're looking for? Browse other questions tagged inorganic-chemistry redox coordination-compounds molecular-structure halides or ask your own question.

10
Why is chloride oxidised instead of water in copper chloride electrolysis?
1
Sodium metal reduction of chloroform
2
H2O2 + NaCl + H(+) reaction?
1
When is the product a compound and when is it 2 ions in these reactions?
1
Determine products of redox-reaction (KMnO4) by Standard electrode potential
4
Balancing a redox equation with only one product
8
Reaction between magnesium metal and sodium hydroxide: Does this even happen?
1
How is 1 mole hypochlorite ion equivalent to 1 mole chlorine gas?