Which one is the strongest base among the following compounds?

I am confused between option (2) and (4). Both lone pairs of nitrogen are localized, so next, I looked at the hybridization of $\ce{N}$ in each compound. As in (2), the $\ce{N}$ is $\mathrm{sp^2}$ hybridized and therefore is more electronegative, I assumed it would be a weaker base compared to (4).

But the answer is (2). I drew the protonated structures and found that there is resonance in the compound (2).

I was taught that electronegativity is more important in questions like this. Is this a wrong concept? Any help is appreciated!

Your reasoning about the nitrogen being sp2 makes it less basic in comparison with sp3 nitrogen is correct,however; it only holds true if you were comparing two nitrogens with the only significant difference being the hybridization state, but in some cases, resonance will stabilize or destabilize the conjugate conjugate acid of the base, this is usually have greater impact than hybridization with regard to ranking baisicity of the compounds as in the question presented. Electronegativity is an important factor in ranking acids/bases,but as I said, it should be used with compounds where the only significant different in the structures is about it (for example, 4 compounds with same structure but only difference is Cl, I, Br, OH at a specific position), in other cases, other factors such as resonance stabilization and aromaticity should be also considered alongside electronegativity.

See the stability of conjugate acid is very important. In case of secondary amine the basicity is appreciable but in guanidine system the conjugate acid is remarkably stable due to stabilizing conjugation that is occurring there. 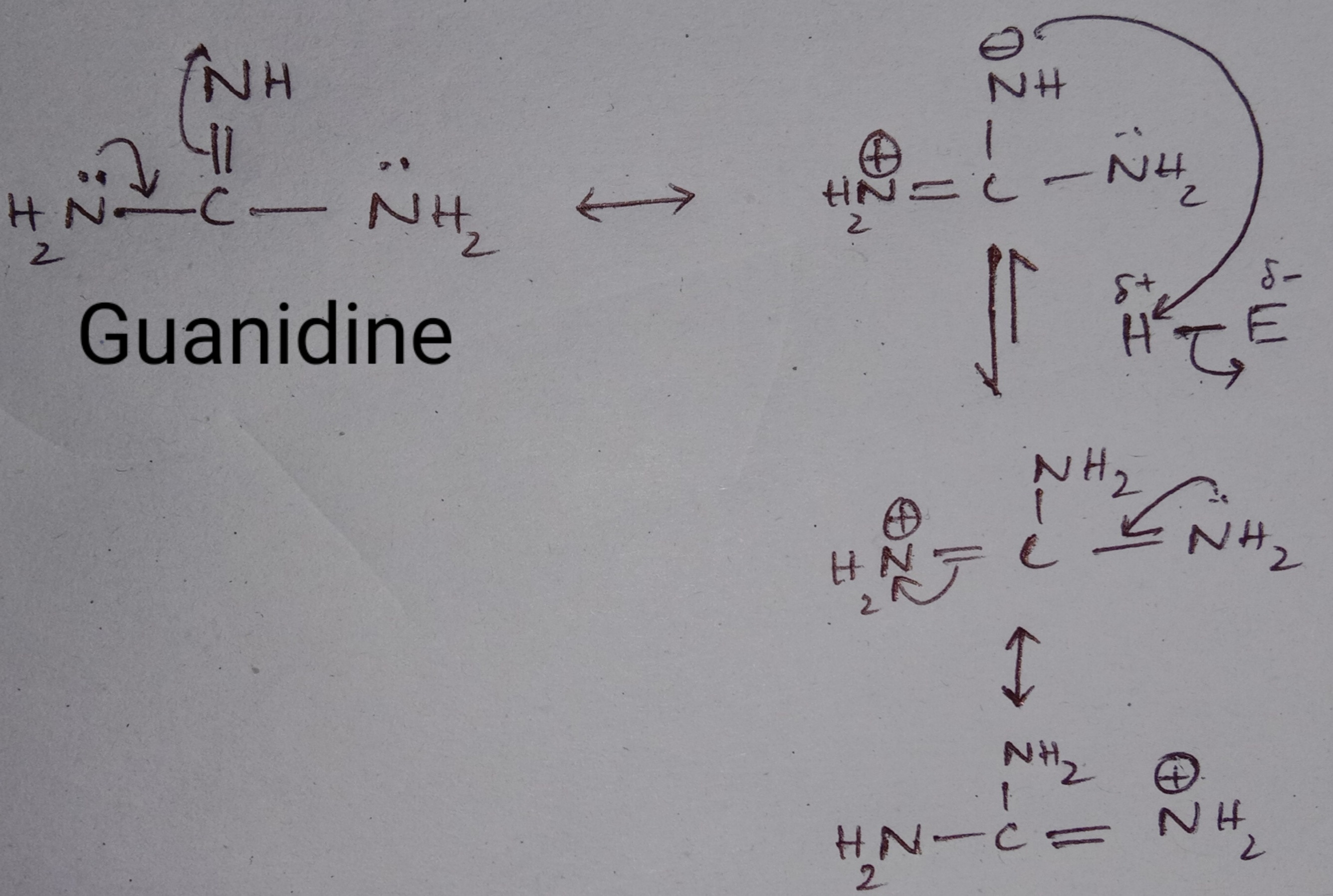 4
Basicity comparison of ammonia derivatives (and guanidine)
2
Why there is a huge difference between the basicity of urea and guanidine?

-1
Strongest B/L Acid Which Can Exist (Leveling Effect)
3
Proper Resonance Structures
4
Why does electronegativity create a stronger acid, but so does greater electron distribution?
0
How to find the strongest base using stability arguments
8
Which is more basic: 1,2‐dihydropyridine or 1,4‐dihydropyridine?
2
Confused about identifying delocalized electron pairs in Isoniazid
6
Resonance of lone pair of nitrogen in 4‐nitroaniline and piperidin‐2‐one
0
Comparison of basicity of o-phenanthroline and ammonia