Do all single-electron species have the same orbital energies? [closed]

This picture from Ebbing's General Chemistry [1, p. 234] shows the electron orbital energies for a hydrogen atom, where each subshell belonging to the same principal quantum number ($n = 1, 2, \cdots$) are on the same level. Is this true for any particle with only one electron? Would, $\ce{Li+}$, for example, have the same orbital energies? 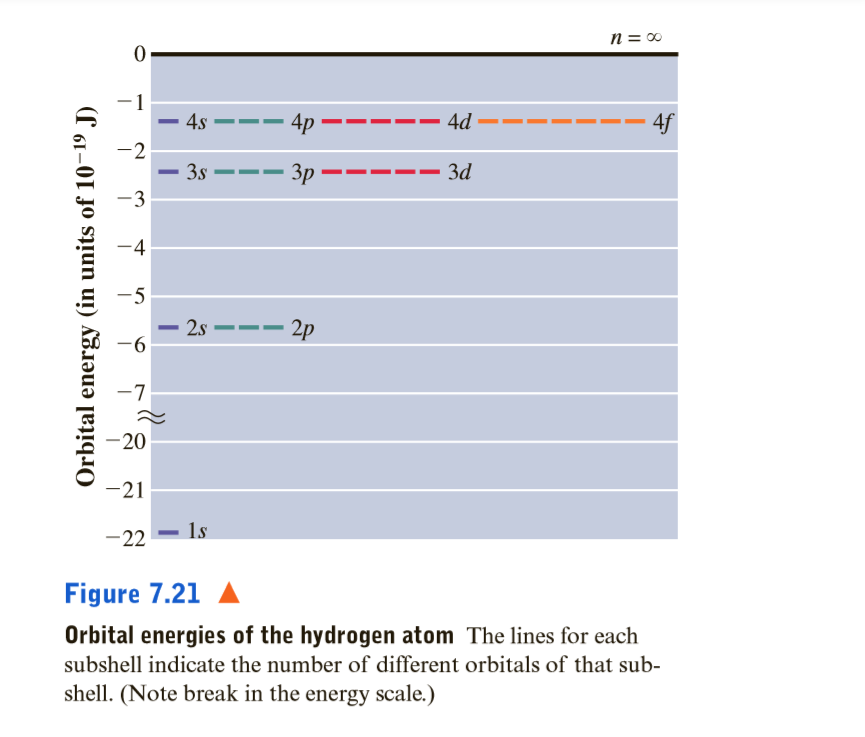 And even for 1 electron only ions, energy levels depend on the kernel charge.

For multielectron atoms/ions, energies of different orbitals with the same quantum number $n$ differ, due electron repulsion and kernel shielding. That is the reason why the orbital 4s is occupied before orbitals 3d.

The orbital energies are additionally dependent on the particular electron quantum state distribution.

So even if the orbital 4s has lower energy than 3d while filling, it can have higher energy when they are filled. Their relative energy for neutrs atoms also change with the atomic number.

5
Why are all the orbitals that have the same principal number in Hydrogen degenerate?
1
Electron configuration and the 2p orbital
16
Computing two-electron integrals with an STO-3G basis set
0
2 electrons with the same spin in the same orbital
17
Observability of Orbitals and Orbital Energies
8
How to find if the unpaired electron is placed in hybrid orbital or pure orbital in odd electron species?
1
Why do the 4f and 5d orbitals have similar energies?