What is the reason for this? 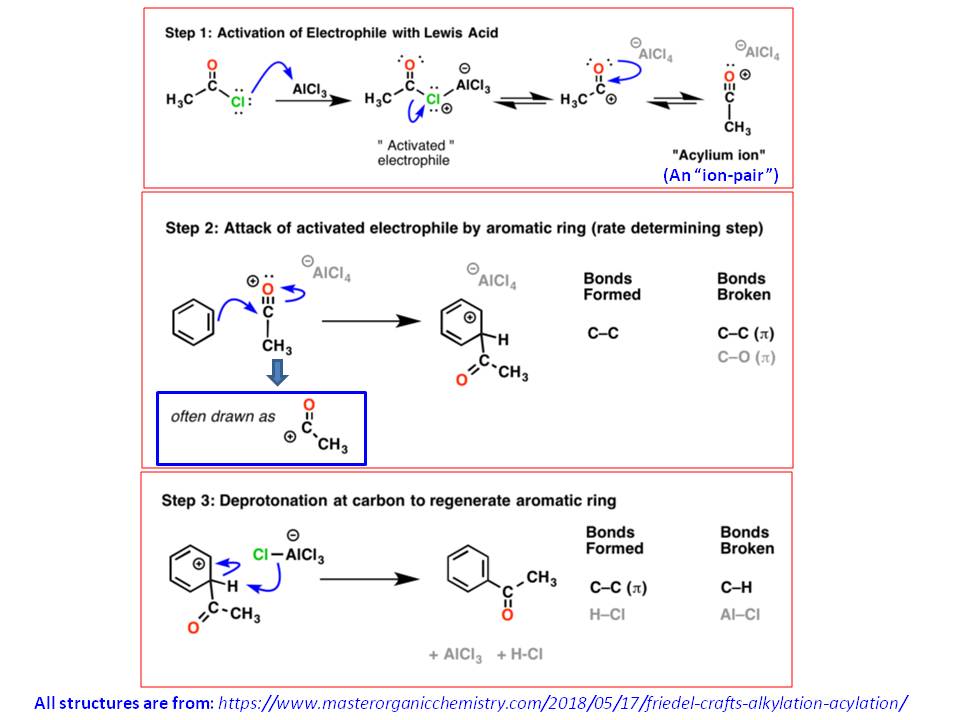 The product complexes with aluminum chloride at the end. This complex liberates the final product after addition of water in the final step as shown in following diagram: 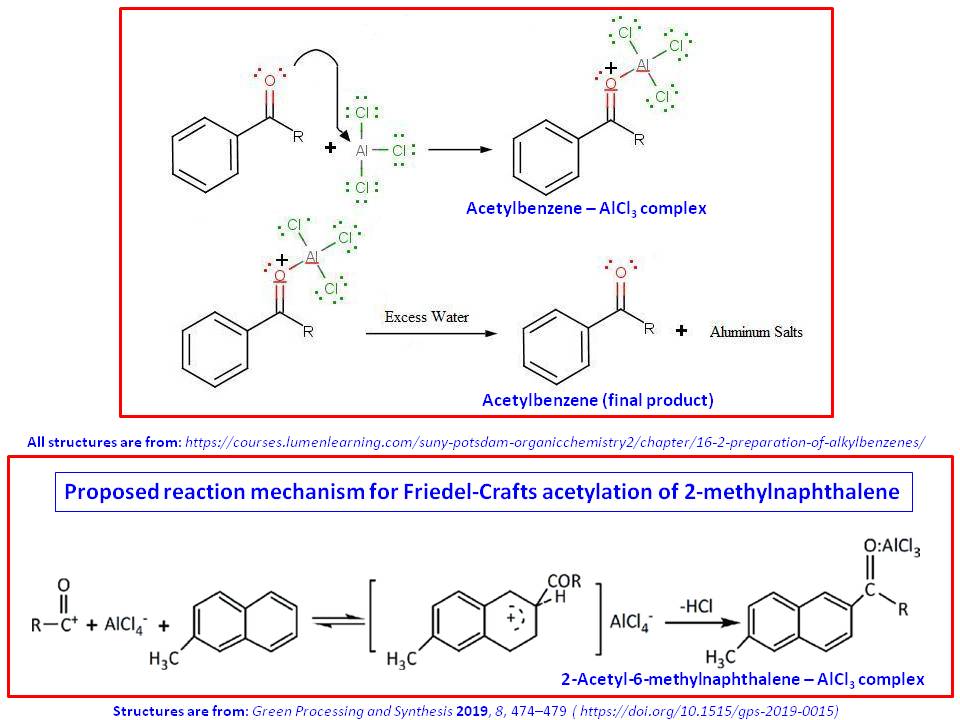 Not the answer you're looking for? Browse other questions tagged organic-chemistry aromatic-compounds electrophilic-substitution or ask your own question.

24
Thermodynamic vs Kinetic Sulphonation of Naphthalene
3
What are the major products when naphthalene reacts with ethyl chloride in the presence of AlCl₃?