I recently came across the statement

The structure of crystalline $\ce{B2O3}$ consists of $\ce{BO4}$ tetrahedra, two sets of which form two types of interconnected spiral chains, three $\ce{B-O}$ bonds are equivalent, but the fourth one is somewhat longer. 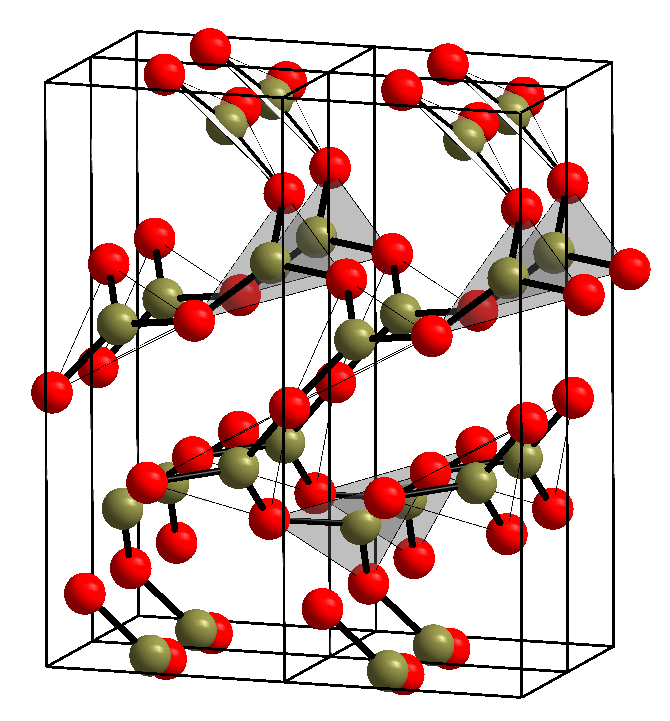 Please explain the meaning of this statement, above is the image of crystalline $\ce{B2O3}$ from Wikipedia.

This statement is relevant for the initially [incorrectly] determined structure of $\ce{B2O3}$ by Berger [1, 2] who used powder x-ray diffraction data.

You can still access the structure and visualize it in 3D (ICSD 24047), but it was shown later by several researchers and summarized in paper by Gurr et al. [3] that this structure has been erroneously determined:

After failing to grow a useful single crystal by this process, Berger (1952, 1953) was forced to use data from powder photographs in an attempt to determine the structure. The basic units of Berger's structure were two different irregular tetrahedra of oxygen atoms each surrounding a boron atom. This structure has been considered unsatisfactory in several respects (e.g. Wells, 1962), particularly as it results in two different $\ce{BO4}$ tetrahedra with six different $\ce{B-O}$ bond lengths ranging from $1.31$ to $\pu{2.14 Å}.$ In this laboratory a least-squares refinement (Hamilton, 1961) on Berger's powder data was attempted from his positional parameters. The attempt was abandoned when the refinement diverged. The tetrahedrally coordinated structure proposed by Berger was also puzzling because in various borate systems there is a regular variation of the fraction of boron atoms in fourfold coordination as a function of increasing alkali content (both in glasses and crystals); yet in each instance there was an obvious trend towards only threefold coordinated boron as the composition approached $\ce{B2O3}.$

A new crystal structure was proposed: same space group $P3_1,$ but lacking tetrahedral units (ICSD 16021). This is the one that is shown on Wikipedia, hence the dissonance. 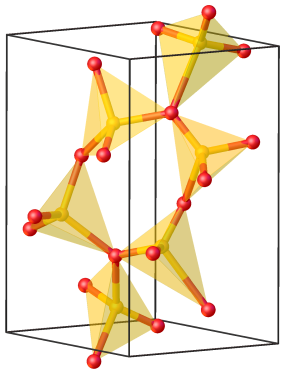 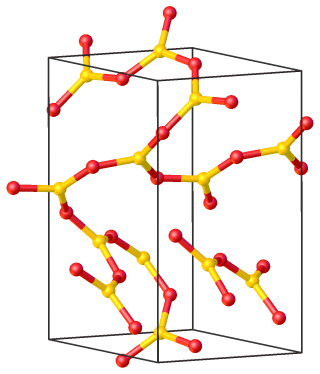