Why there is a huge difference between the basicity of urea and guanidine? 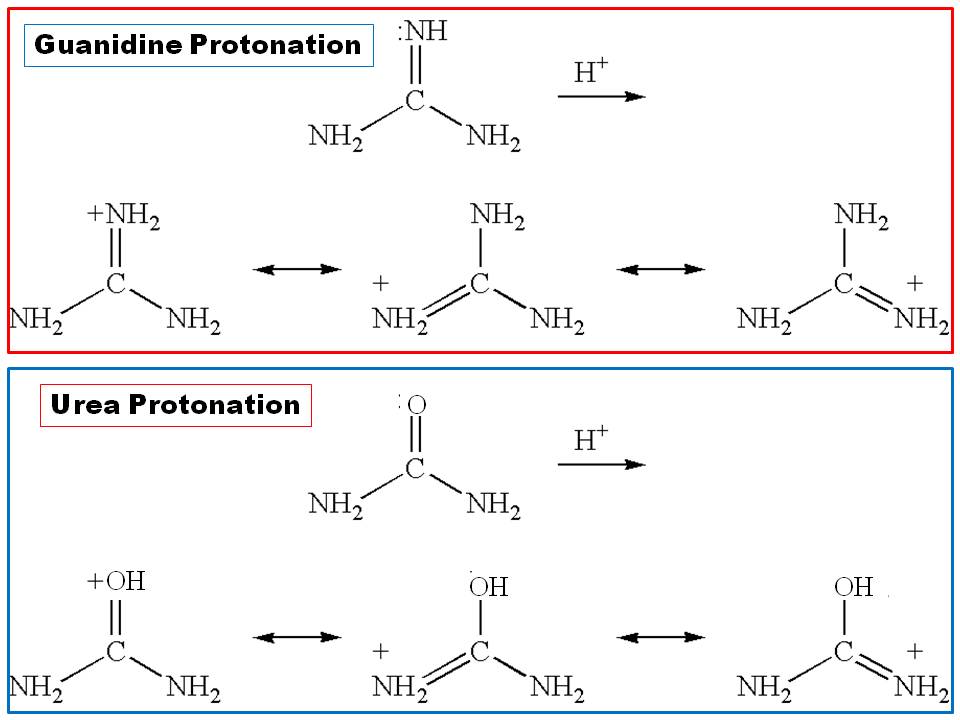 Thus, basically, it comes down to protonation ability of oxygen versus nitrogen. Oxygen is more electronegative than that of nitrogen, thus like to retain its lone pare better than nitrogen (cf. basicity of water and ammonia). Therefore, in that sense alone, guanidine is a better base than urea.

Not the answer you're looking for? Browse other questions tagged organic-chemistry acid-base molecular-structure or ask your own question.

0
Which one is the strongest base among the following compounds?

3
Is an SN1 mechanism feasible with allylic or benzylic halides as substrates?
4
Comparing the basicities of guanidine, acetamidine, benzamine, and dimethylamine
10
Difference between Resonance Effect and Mesomeric Effect
1
Why is the pKa of a ketone higher than of water?
3
Difference between basicity and reducing character
9
Why is acetone less acidic than cyclohexanol?
1
Why do electron donating groups decrease the acidity of aromatic carboxylic acids?
0
Why is guanidine considered a strong base?