Why is this the case, as isn't 1-pentanol able to form the fragment $\ce{CH2CH2CH2OH}$ by cleaving at the third carbon? 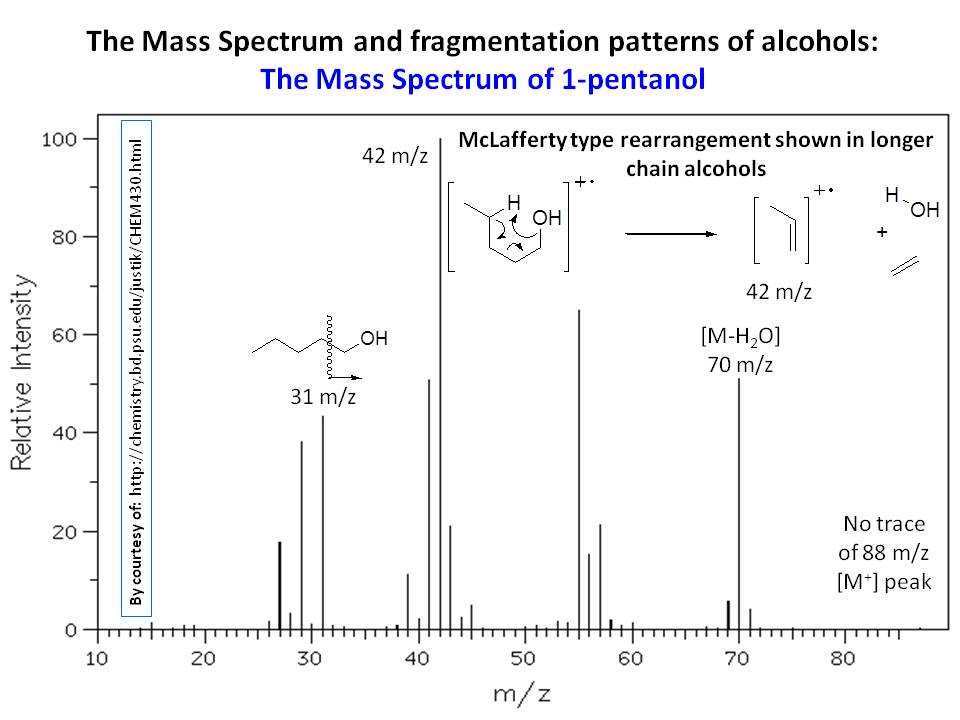 However, according to the mass spectrum given, $\ce{C_5}$-carbon chain has undergone McLafferty type rearrangement (which is common in MS of aldehydes and ketones) to give the base peak at $ 42 \ m/z$ by loosing a water and ethylene simultaneously from parent ion (see the insert in above diagram).

16
Resolution in Mass Spectrometry
3
Fragmentations and rearrangements in n-(4-alkyl phenyl) alkanoic acids in mass spectrometry
1
Why mass spectra of 2-methylbutane do not show big peak at 71 coming from tertiary carbocation?
2
Can amide bonds fragment in ESI-MS?
7
Heats of formation of neutral molecules and homolytic vs heterolytic bond dissociation in mass spectrometry
5
Peak at m/z = 39 in mass spectrum of 3-chloropropene
3
Why do dihaloalkanes lose both halogen atoms during mass spectrometry?
2
α-cleavage of 1-pentene in EI-MS