If volatility depends on intermolecular forces, then why in Raoult's law, two substances have different volatility?

I have a doubt, Ideal solutions are solutions where intermolecular forces between solute-solute and solvent-solvent are nearly equal to solute-solvent. Since intermolecular forces between A-A = B-B, doesn't that mean, they both have same volatility? But in Raoult's law, the graph shows that one of the vapour pressure is lower than the other resulting in two substances having different volatility. I'm confused, where did I go wrong? 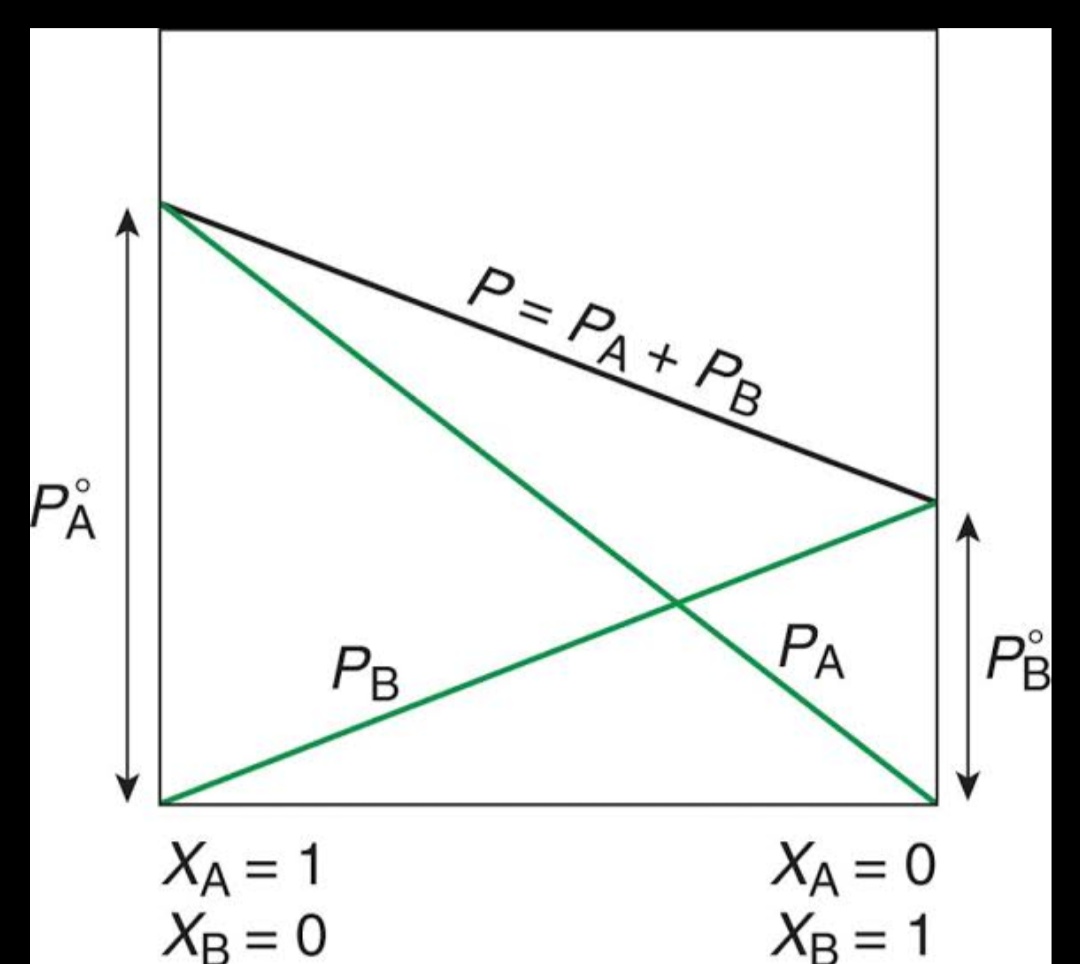 Assume surface molecules are restrained by a QM harmonic potential, with energy levels described as $$E_n = \hbar \omega(n + \frac12)$$ where $$\omega=\sqrt{\frac{k}{\mu}}$$ is the frequency of the harmonic oscillator and $$\mu=\frac{m_1m_2}{m_1 + m_2}$$ is its reduced mass. The actual shape of the potential is determined by $k$, the force constant, ie classically we would write $$U_{pot}=\frac12 k x^2$$ Therefore we might have two particles with identical restraining potentials, but due to differences in reduced mass they might differ in the nature of the available QM energy levels and their thermal populations. This means you can in fact have solute and solvent interacting via identical potentials and yet having different volatility.

be equal to zero. Note that $H_{12}$ depends on the composition (on $\chi_1$). However, identical potentials (force constants) does not guarantee that the condition is satisfied. Consider now a simple model that assumes that the oscillator consists of a dangling surface molecule and the rest of the bulk, such that $\mu \approx m_i$ (where $m_i$ is the mass of the dangling molecule). Then it can be shown that the ideality condition represented by the equation $\Delta_{mix} H=0$ holds for statistical mixing if the force constants are independent of the nature of the bulk (but may depend on the dangling molecule). This is probably not an unreasonable description of van der Waals bonding, which depends on the area of the interaction surface of the solute more than on the composition of the solvent (assuming chemically similar compounds eg hydrocarbons).

Not the answer you're looking for? Browse other questions tagged thermodynamics equilibrium solutions or ask your own question.

1
Mass of sugar that was added to the water (Raoult's law)
5
What is the molecular interpretation of Raoult's law?
3
At what composition is Maximum deviation from Raoult's law observed?
0
When is Raoult's Law valid for solid-liquid solution?
5
Does Raoult's law hold for immiscible liquids?
1
Do benzene and hexane form an ideal solution?
1
Why does Raoult's Law have a weighted sum instead of a direct sum?