Meaning of the term "vertex" in the topic of skeletal formulae

From the Wikipedia article on skeletal formula:

Hydrogen atoms attached to carbon are implied. An unlabeled vertex is understood to represent a carbon attached to the number of hydrogens required to satisfy the octet rule, while a vertex labeled with a formal charge and/or nonbonding electron(s) is understood to have the number of hydrogen atoms required to give the carbon atom these indicated properties. Optionally, acetylenic and formyl hydrogens can be shown explicitly for the sake of clarity.

This is the first use of the word "vertex" in the article. Is a vertex

I assume the latter is true, but on many places I saw cyclopentyl being represented like this: 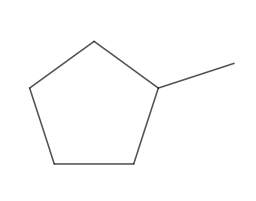 which should be methylcyclopentane instead, a completely different thing.

So, it looks like (mostly when describing aryls or cycloalkyls) some people assume that "vertex" means only the intersection of two line segments, otherwise they would have added the $\ce{CH3}$ to the end of the line to indicate methylcyclopentane (in this case). It's certainly inconsistent, but is this justified in any system of structural formulae?

The term vertex (plural vertices) comes from the nomenclature used in graph theory, a branch of mathematics which describes how points in a given space are connected to each other. This turns out to be quite fundamental to chemical nomenclature, as the vertices of a graph can (generally) be chemically interpreted as an atom, and the lines coming out of a vertex can (generally) be interpreted as covalent bonds. Two graphs which contain the same vertices, but where the connectivity between the vertices is different, corresponds in general to different chemical compounds.

To be clear, the term vertex applies to any point in a skeletal formula which is not "in the middle" of a connecting line. This means that every explicitly labelled atom, every "kink" in a chain (which implicitly represents carbon atoms) and every termination (also implicitly a carbon atom) is a vertex. Hydrogen atoms are often not vertices in a skeletal formula, though this can vary.

Regarding to your example, with no other context, chemists would call that a skeletal drawing of methylcyclopentane, which contains six vertices in its skeletal formula, one for each non-hydrogen atom. For it to be understood as a methylcyclopentyl radical/substituent, either the context should clearly state it, or preferably we would use other standardised graphical notation, shown below: 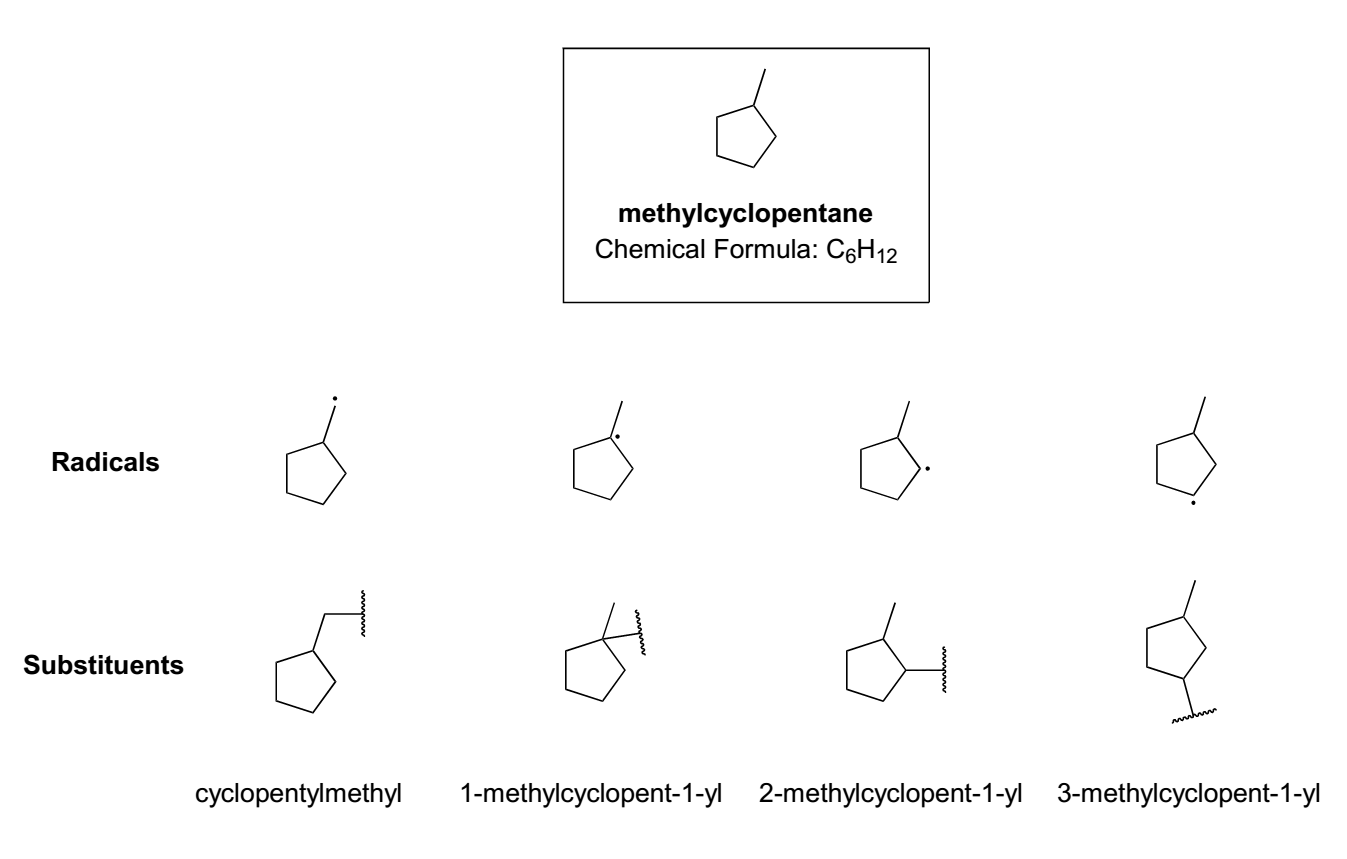