I read an amazing PDF from nptel on elimination reactions...but I was really confused when it used used $\ce{^+NMe3}$ as a leaving group in the reaction pathway via:

My organic chemistry teacher also did syn-elimination but in the problem solving book and on various online sites it took the $\mathrm{E2}$ elimination pathway. 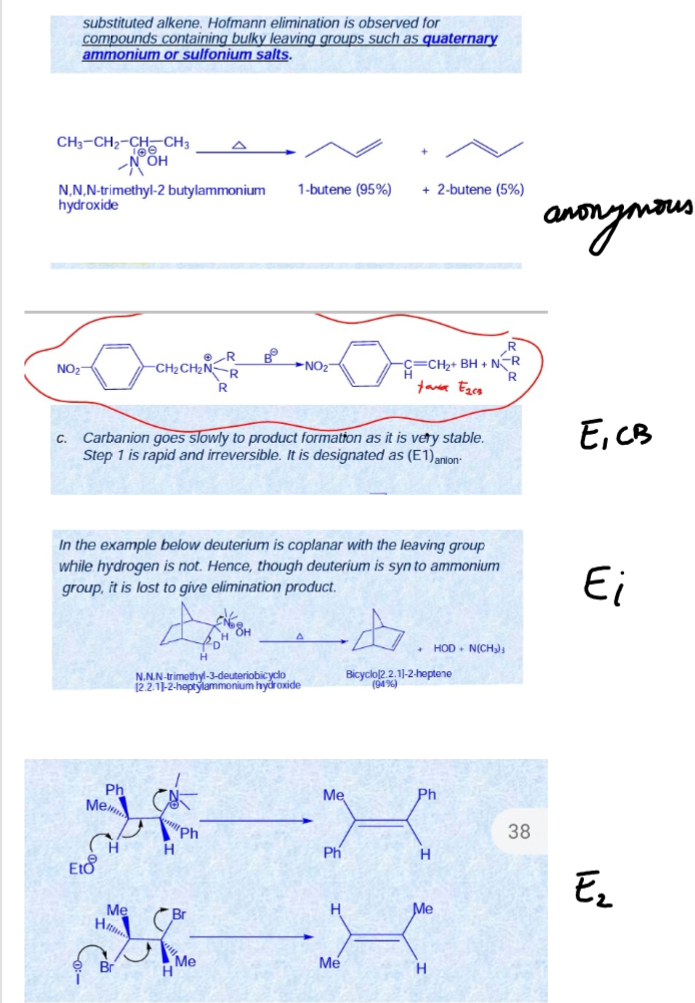 There is a range of elimination reactions with E1cb at one end, E1 at the other end and E2 in between. It is not uncommon for these different reaction pathways to compete with one another. For example, in some elimination reactions, the E1 and E2 pathways can operate in competition with one another. Activation energy is associated with each of these 3 reaction pathways. Whichever pathway has the lowest activation energy will be the major pathway followed. By changing solvent, reaction temperature, the relative strength of the nucleophile, the relative strength of the base, leaving group stability, etc., we can raise or lower the activation energy for each of these 3 pathways and shift a reaction towards one side of this mechanistic range or the other.

(Taken from Ron's answer, in order to start an explanation)(1)

So on further thinking about the Hofmann elimination, you notice the following

Of course, these undergo E1cB when heated to a suitable temperature

There are sources which infer the same -

Hence, E1cB is the correct answer

The Hoffman elimination is nost often an E2 elimination (as in your last example), as the comments already mentioned. There are many resources that go into greater depth about the reaction.

The "counterexamples" that you gave can all be explained, but they are not peculiar to Hoffman elimination. The same outcome could be observed with a different leaving group, I believe.

The E1cb elimination happens, because the intermediate carbanion is very stable - it is stabilized by the nitro group and the benzene ring (and also the inductive effect of the trimethylammonium group. 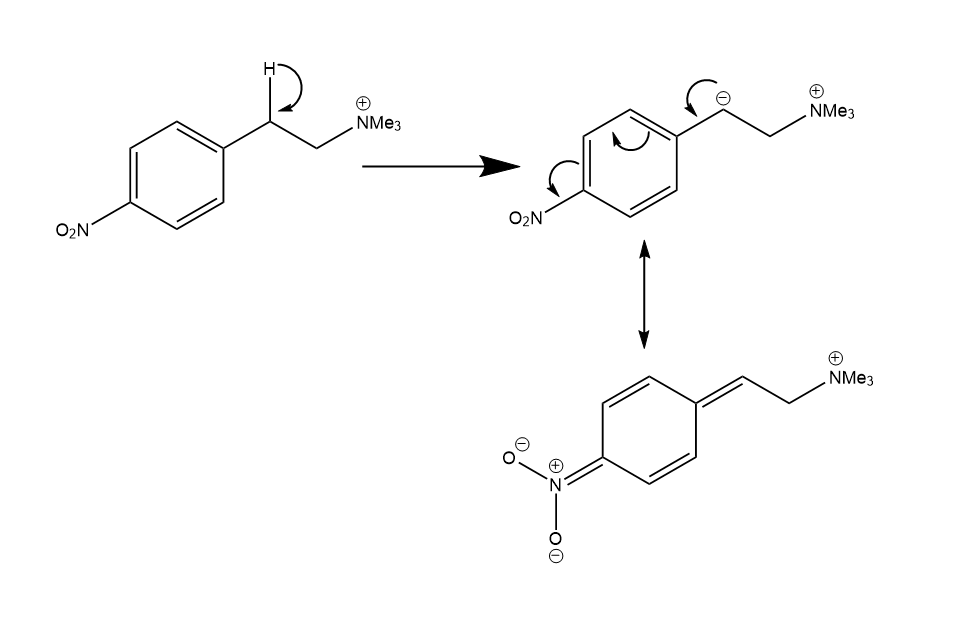 The Ei elimination happens due to the constraints on the geometry of the ring. As you can (hopefully) see on the picture below, the substitutents are forced into an almost eclipsed configuration. Therefore, there can be no anti-periplanar elimination, simply because no bond is anti-periplanar to the C-N bond being broken. The best orbital overlap is therefore reached with the (more or less) syn-periplanar C-D bond, which is therefore the broken one. 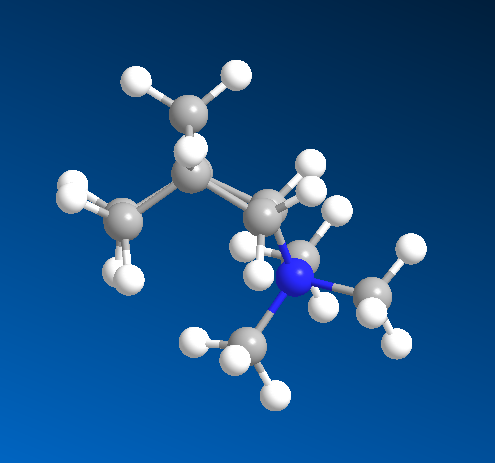 E2 would always go through an anti elimination due to the requirement of the antiperiplanar transition state.

Whereas for E1 and E1cB, there is no fixed answer to whether it is syn or ante. The product that ultimately forms is dependent on the thermodynamic stability of the product.

Now, let us go back to your "E1" example. That, my friend, is not an E1 elimination! That is in fact an E2 elimination. Your E2 elimination has the requirement of having your hydrogen and leaving group be coplanar. Since the D and ammonium quaternary cation are coplanar, though it is fixed in a syn position, they are forced to go through a syn coplanar E2 elimination. The reason it is not E1 is that your leaving group is on a secondary carbon and therefore E1 is unfavourable.

5
Why must the leaving group in E1cb be poor?

3
Bromination Pathways with alkane, alkene, and alkyne substrates
5
Anti elimination from vinylic halides
0
Syn-addition or anti-addition to fumaric acid?
16
If SOCl2 reacts with alcohols via SNi, why doesn't POCl3?
1
What happens on heating an ester?