I got this question in my exam:

Acidity or acid strength can be expressed either in terms of the proton affinity (PA) of the conjugate base, e.g., PA($\ce{A-}$), or in terms of the acid dissociation constant, e.g., $\mathrm{p}K_{\mathrm{a}(\ce{HA})}$. The former expression is often favored among gas-phase chemists, whereas the latter expression is most familiar to solution chemists.

However, the proton affinity (PA) measurements of the conjugate bases of these acids in gas phase tell a different story. Proton affinity is a thermodynamic measurement conducted in the gas phase. These measurements give a pure view of base/acid strength, without complications from solvent effects such as salvation, thus take the solvent out of the equation.

Cardwell, et al. (Ref.1) has measured the proton affinities of various $\ce{R-CO2H}$ acids, including ethanoic and propanoic acids ($\ce{R}=\ce{CH3}$ and $\ce{CH3CH2}$, respectively). They conclude that:

The acidity increment (with the size of $\ce{R}$-group) is relatively small and can be attributed to the stabilizing effect of the polarizability of the alkyl group on the negative ion.

One possible explanation for this is hyperconjugation due to the attached alkyl chain, as shown below: 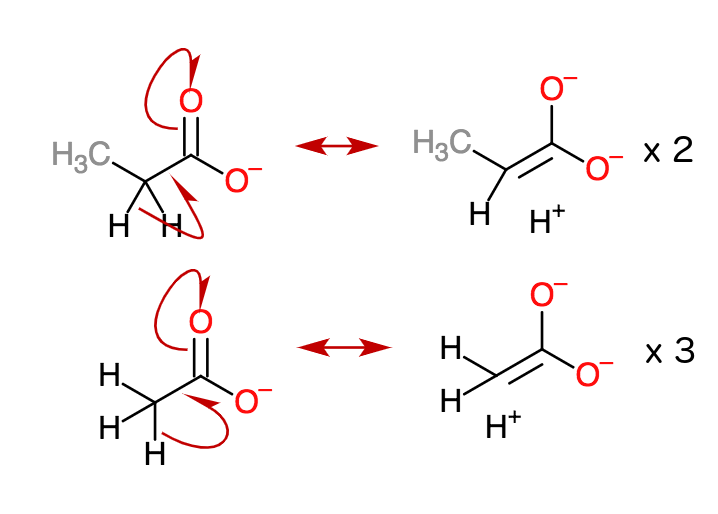