What is the pKaH of pyrrole?

I am supposed to say what is more basic and I ran into a problem. I would like to ask if anyone has any idea what is the correct $\mathrm{p}K_\mathrm{a}\ce{H}$ value of pyrrole. I know it is easy to just google it or open a book to find the answer. I have done that, but got pretty interesting (confusing?) results: 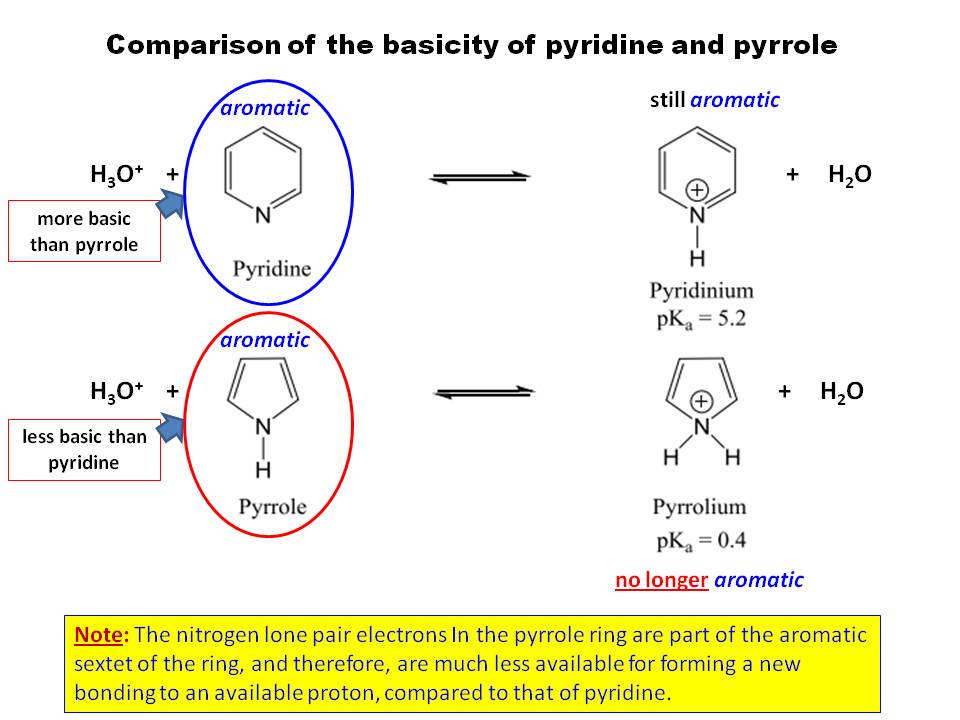 In each case the heteroatom has at least one pair of non-bonding electrons that may combine with the four π-electrons of the double bonds to produce an annulene having an aromatic sextet of electrons. This is illustrated by the resonance description at the top of the following diagram. The heteroatom Y becomes $\mathrm{sp^2}$-hybridized and acquires a positive charge as its electron pair is delocalized around the ring. An easily observed consequence of this delocalization is a change in dipole moment compared with the analogous saturated heterocycles, which all have strong dipoles with the heteroatom at the negative end. As expected, the aromatic heterocycles have much smaller dipole moments, or in the case of pyrrole a large dipole in the opposite direction. An important characteristic of aromaticity is enhanced thermodynamic stability, and this is usually demonstrated by relative heats of hydrogenation or heats of combustion measurements. By this standard, the three aromatic heterocycles under examination are stabilized, but to a lesser degree than benzene. Additional evidence for the aromatic character of pyrrole is found in its exceptionally weak basicity ($\mathrm{p}K_\mathrm{a}$ ca. $0$) and strong acidity ($\mathrm{p}K_\mathrm{a} = 15$) for a $2^\circ$-amine. The corresponding values for the saturated amine pyrrolidine are: basicity $11.2$ and acidity $32$. 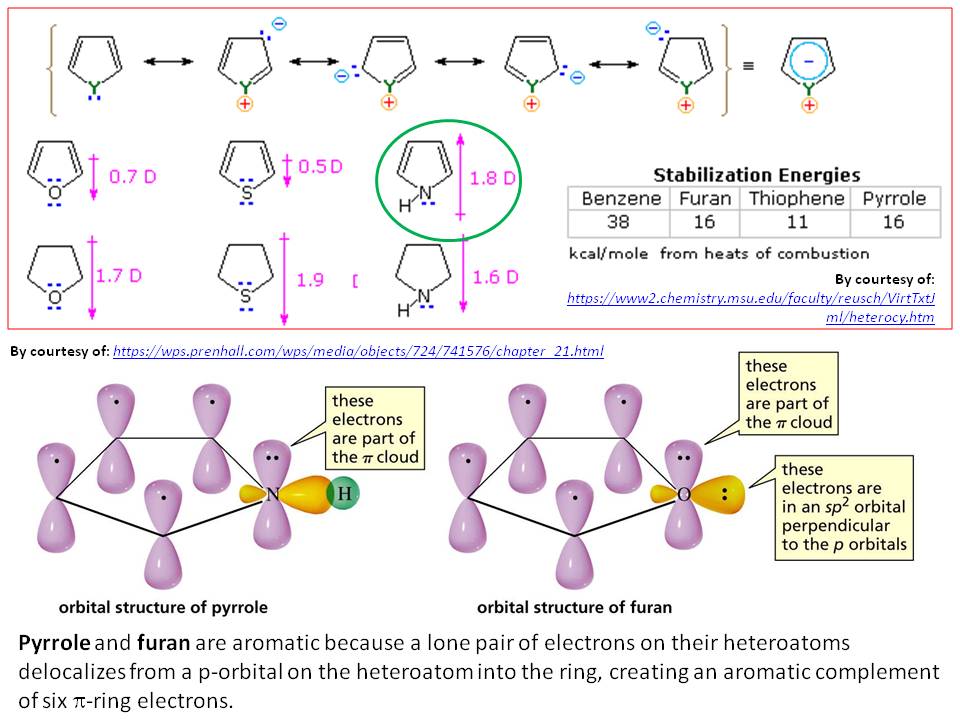 Furthermore, for everybody's convenience, I attached a orbital representation of pyrrole and furan to show their resistance to protonation.

Not the answer you're looking for? Browse other questions tagged acid-base amines or ask your own question.

2
What happens to the amino acid when it is in a solution with the pH of its isoelectric point? (zwitterions)
4
pKaH of pyridine versus other imines
3
Which is the strongest base relative to ammonia?
5
What is the pKa of methylamine
0
What is the reasoning for higher pH values in this scene?
7
Is the conjugate base of pyrrole resonance stabilised?
1
Why is aniline more basic than pyrrole?