Determining structure from C-NMR spectrum, is my answer correct?

Determine the structure of the compound whose spectral data is given below and explain your reasoning (5 marks for structure, 15 marks for reasoning). The peak at 7.27 ppm does not belong to the compound. What is the source of this peak? (2.5 marks) Looking at the full spectrum you will see small peaks at about 4.2 and 3.7 ppm. What is the origin of these peaks? (2.5 marks) 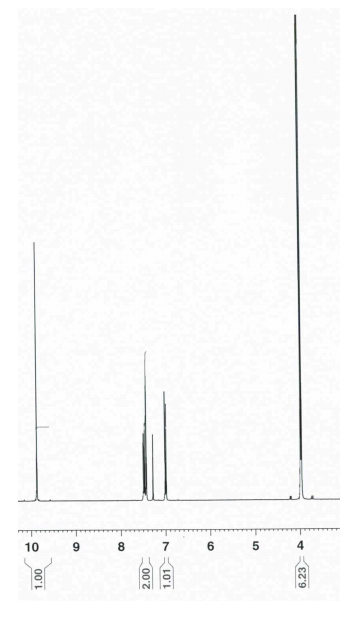 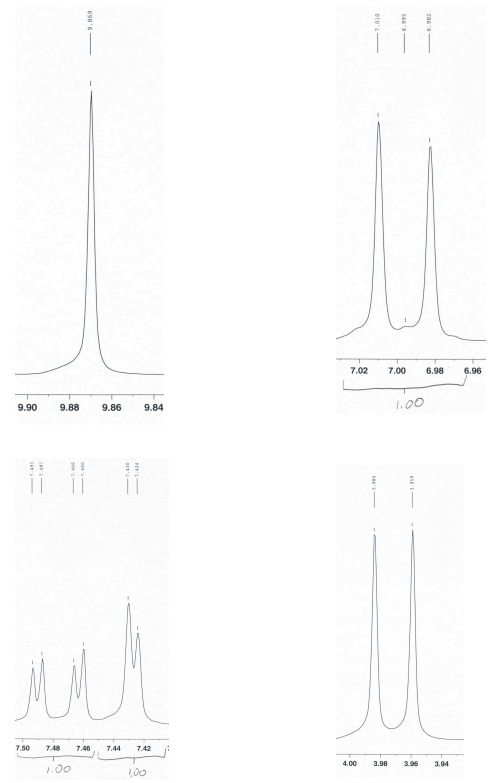 I mainly looked at the $\ce{^{13}C}$-$\mathrm{NMR}$ aspect of this question. Given that there is a peak at $\pu{190ppm}$, it is probably an aldehyde with a $\ce{CH}$ (which explains the +DEPT sign). The molecular formula also showed a degree of unsaturation of 5, which could be explained by a benzene ring and a double bond (which links up nicely with the carbonyl group). But in order to come up with no peaks in an aromatic ring I added some methyl groups. I eventually came up with the structure 2,3-dimethylbenzaldehyde. The +signs indicated $\ce{CH}$ or $\ce{CH3}$, the 5 $\ce{CH3/CH}$ groups could be explained by the methyl groups and the rest of the carbons in the benzene ring. Do you think this structure is correct? 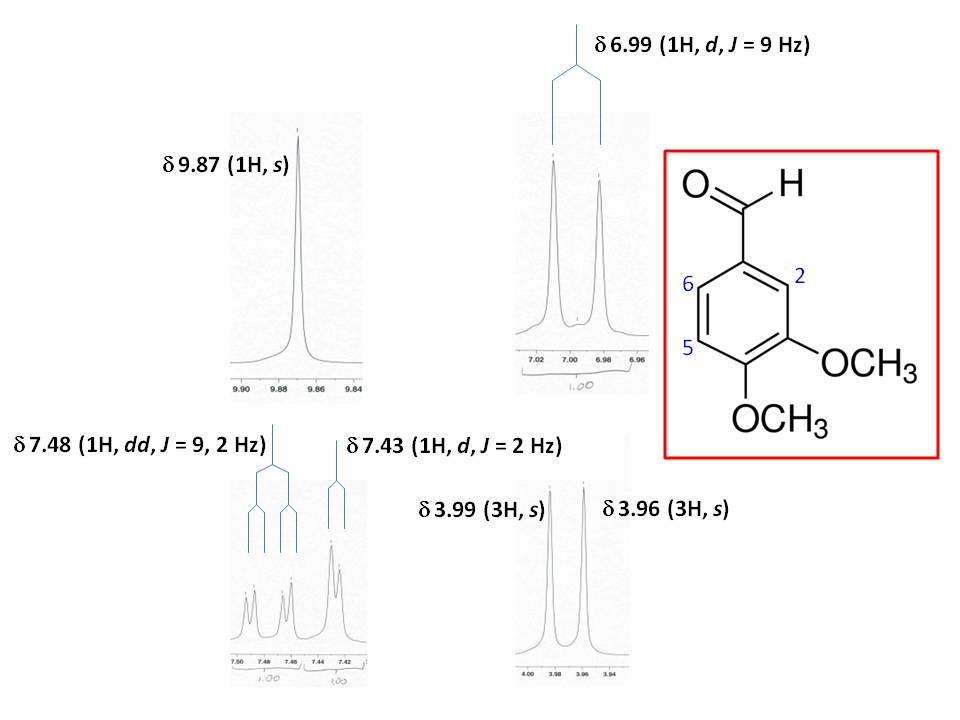 All your analysis is correct except for the final conclusion on the compound. It is not 2,3-dimethoxybenzaldehyde as you concluded. But it is 3,4-dimethoxybenzaldehyde. How do I know that? Look at the diagram and analyze the coupling pattern (disregard the small but significant meta-coupling, which give close to $\pu{2 ppm}$ here). 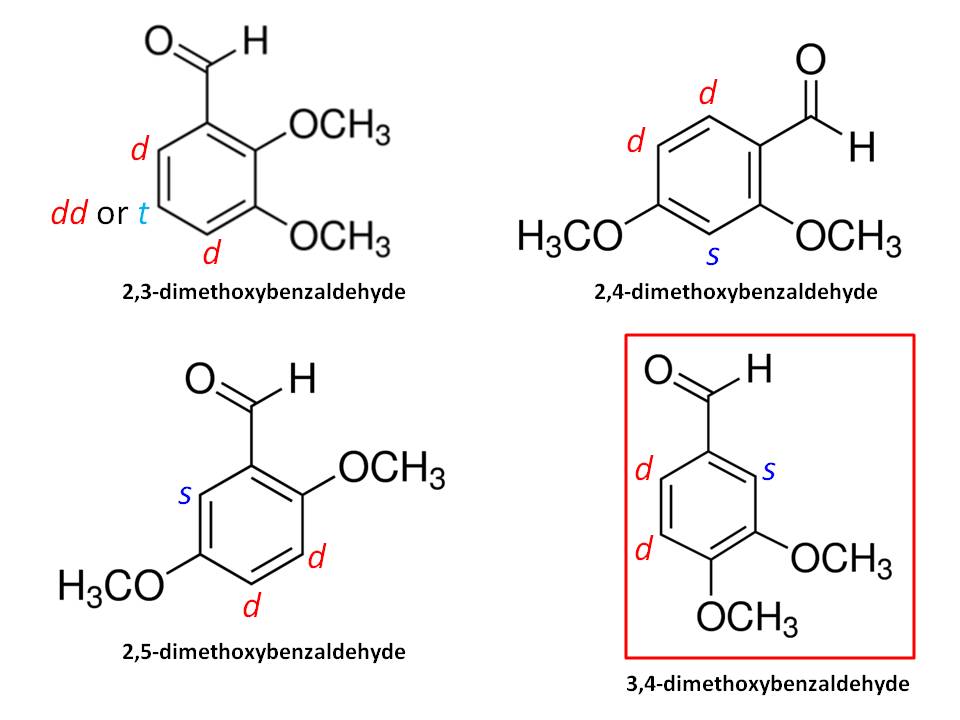 Thus correct resonance order would be given by 3,4-dimethoxybenzaldehyde.

5
How do I find out what benzene containing compound this is with IR and NMR?
2
Assigning Carbon NMR
12
Determining structure using HNMR and IR
5
Identification of an unknown organic molecule from only 1H NMR and 13C NMR
0
Interpretation of an H NMR
0
How to identify the structure of an organic acid based on its reactivity, mass and NMR spectrum?