What is tetrasulfur like? Why is there so little experimental information about it?

Phys.org's How sulfur helped make Earth habitable before the rise of oxygen says

Mapping the bonds and vibrational modes of molecules containing sulfur isotopes is helping to shed light on the chemical reactions that took place in Earth's atmosphere during the Archean era, before the atmosphere became oxygenated about 2.5 billion years ago.

The sulfur in the Archean Earth's atmosphere was emitted by volcanic activity, and through a process called mass independent fractionation, sulfur's various isotopes... became enriched in a manner that does not correlate with their mass.

...explores some of the molecular bonds of a sulfur-4 (S4) molecule, and how these bonds affect the vibrational modes of the molecule, which in turn may influence the mass independent fractionation process.

S4 has been detected in the vapour phase, but it has not been well characterized. Diverse structures (e.g. chains, branched chains and rings) have been proposed.[citation needed] Theoretical calculations suggest that S4 adopts a cyclic structure. 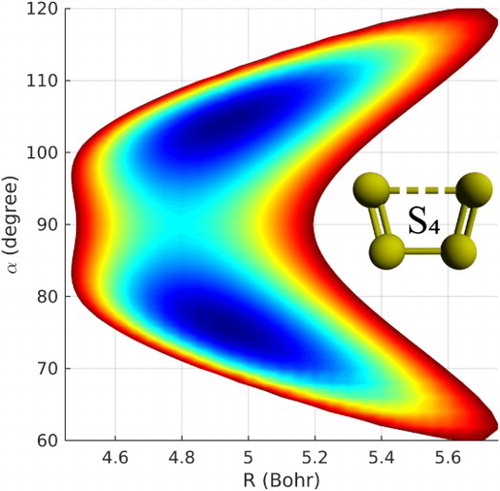 Browse other questions tagged inorganic-chemistry stability allotropes or ask your own question.

1
Why can sulfur act like a catalyst?
3
What does reaction exothermicity say about the stability of molecules
3
Why does urine smell like ammonia?
19
Is there any experimental evidence for OClF5?
9
Why do we not see silicon in a structure like graphite?
0
Looking for information about possible ingredients of a fertilizer
2
What would the phosphorus-NMR of trifluorodiphenylphosphorane look like?
1
What would an ammonium sulfide fire look like?
28
Why is cyclooctateraene shaped like a “tub” rather than a “chair”?