Is this the right chemical formula of the $\ce{Rb[Pt(NH3)Br2Cl]}$ complex: rubidium amminedibromidochloridoplatinate(II)?

And is it correct that it has geometric isomerism, being square planar with a cis- and trans-isomers, leaving the rubidium out?

Many coordination compounds have distinct geometric structures. Two common forms are the square planar, in which four ligands are arranged at the corners of a hypothetical square around the central metal atom, and the octahedral, in which six ligands are arranged, four in a plane and one each above and below the plane. Altering the position of the ligands relative to one another can produce different compounds with the same chemical formula.

Cis-trans-isomerism is one of the more common types. Cis-trans (geometric) isomers of coordination compounds differ from one another only in the manner, in which the ligands are distributed spatially. Most of platinum(II) complexes are square planner. Most common example is Cisplatin ($\ce{Pt(NH3)2Cl2]}$) where the each of two ammonia molecules and the two chlorine atoms are situated next to one another (see the diagram in the blue box below), and hence isomer is called the cis (Latin for “on this side”). Thus, coordination name for Cisplatin is cis-diamminedichloroplatinum(II) (Wikipedia). 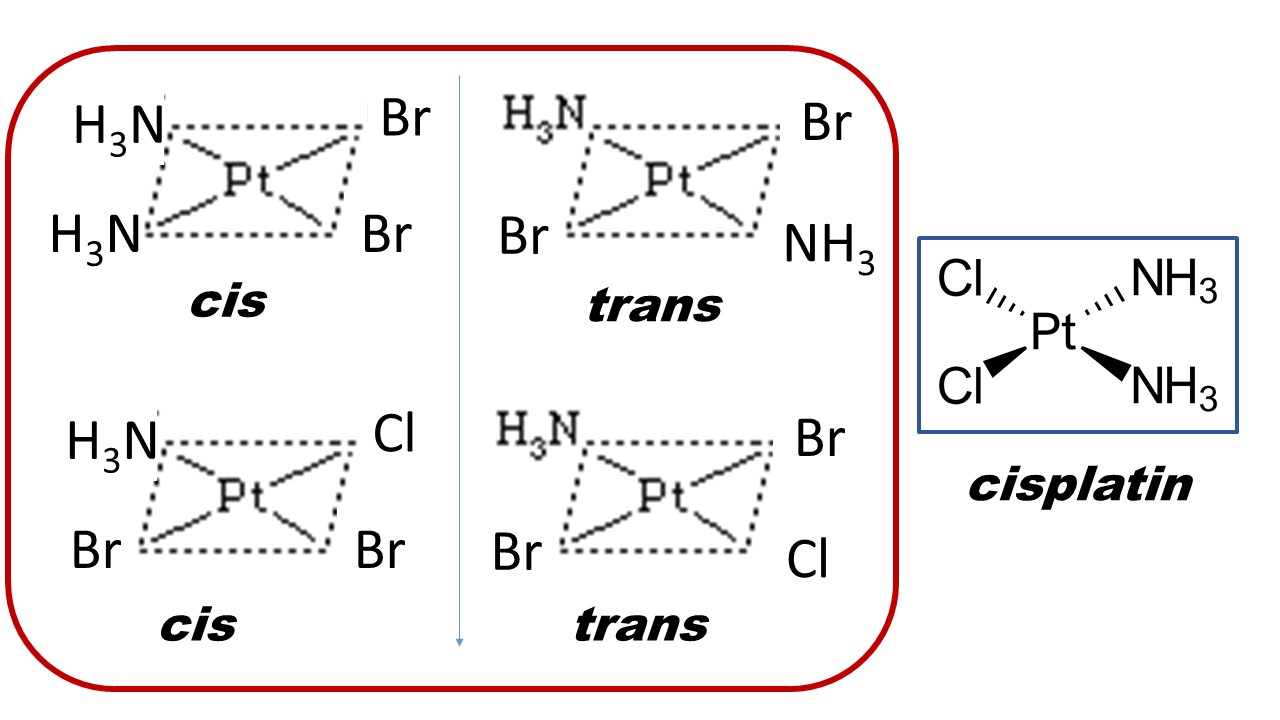 When the identical groups are in opposite sides, it is called the trans-isomer (Latin for “on the other side”). To emphasize this nomenclature, I sketched cis- and trans-isomers of diamminedibromoroplatinum(II) (above) and your compound (below) in the maroon box below for better understanding (cis-isomers are in LHS and trans-isomers in RHS).

Not the answer you're looking for? Browse other questions tagged inorganic-chemistry nomenclature coordination-compounds or ask your own question.