Which path do I take when we have a branched chiral center? None of the textbooks I've consulted adequately covers this or even provides an example problem in which there was branching. 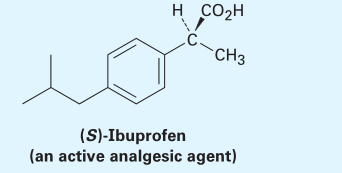 1) Chiral carbon with the following attachments H, an carboxylic acid group, a methyl group, and then the ring.

2) H gets the lowest priority.

3) The methyl group gets the second lowest priority since it has just one carbon and then hydrogens; the other paths have either more carbons or oxygens!

In this case I don't think you need to continue the path, but if that's the case you can see how it works in the figure.

convert it to fischer projection:

you can see it is (S)
Edit: Added Explanation Going according to atomic numbers.

1
R,S Configuration
7
Piperic acid oxidation
4
Determining absolute configuration when the lowest priority group is not facing backwards
6
How is the configuration of an ester enolate double bond assigned according to CIP?
2
How to assign priorities around the asymmetric carbon with its substituents having multiple bonds?
0
Have I identified the IUPAC name of this ketone correctly?
3
Path to take when labeling R/S
10
Assigning R/S configuration