In this site, https://www.princetoninstruments.com/userfiles/files/assetLibrary/Technical%20posters/Poster-Aberration-Free-Raman-Spectroscopy-with-the-IsoPlane.pdf the raman spectrum of cyclohexane shows higher peak at the right. 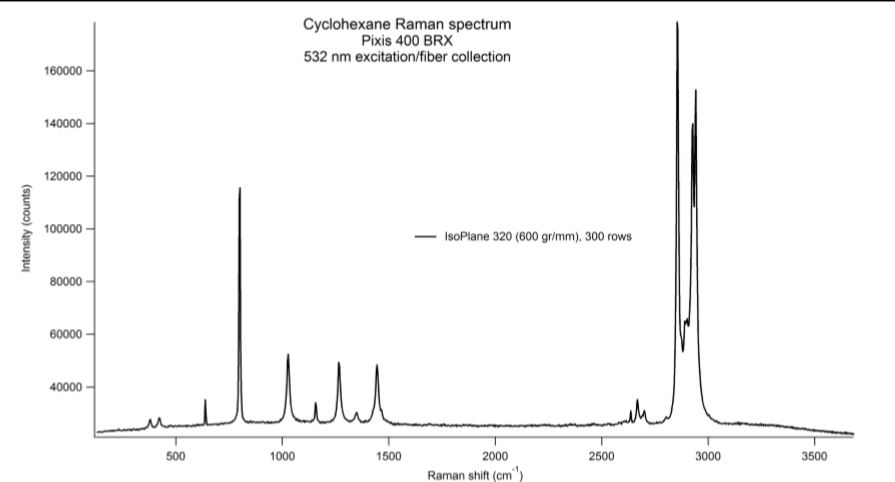 While in this site, http://group.nanovietech.com/products/advantage-raman.html, the raman is showing higher peak at the left: 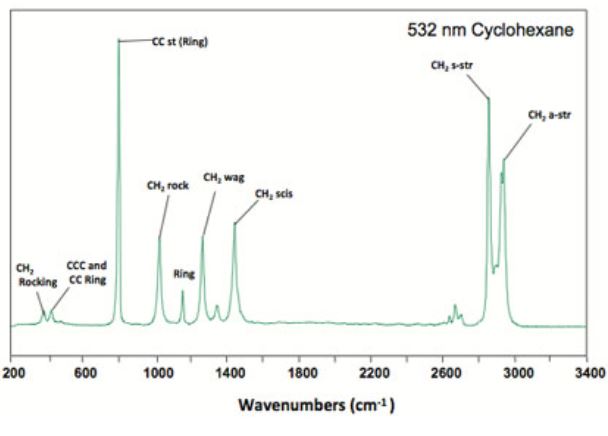 Both are raman spectra of cyclohexane. My questions relate to the 2853 cm-1 peak and 802 cm-1 peak. Based on structure of cyclohexane. Which of them should be higher? Ignore the other peaks which I wasn't concerned.

I found this too: 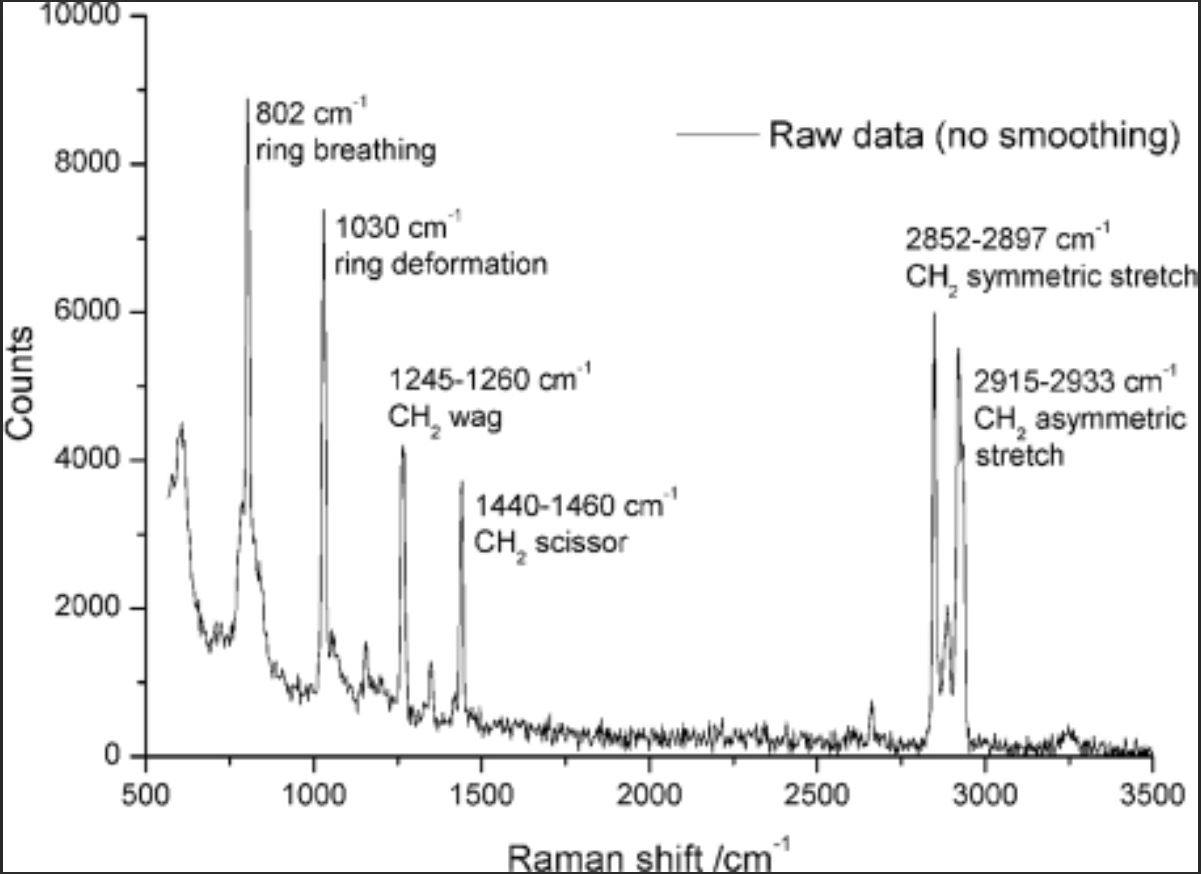 Should the 802 cm-1 peak be higher than the 2853 cm-1 peak based on the molecular structure of cyclohexane?

First of all, you are extremely lucky in asking this question for cyclohexane: cyclohexane serves as reference material for checking your intensity calibration, so it is one of the few substances for which integrated band intensity ratios are available in the literature.

Not the answer you're looking for? Browse other questions tagged spectroscopy raman or ask your own question.

26
Are the bonding orbitals in methane equivalent - photoelectron spectrum
12
In spectroscopy, is it possible for the sample to be excited multiple times?
6
Peak Wavelength of Emission Spectrum of a Flame vs. Actual Flame Temperature
3
Calculating the UV/Vis spectrum of perylene
4
The carbon-13 NMR for 1,1,1-trichloroethane
1
Different shapes of fluorescence spectra in Raman