How can I know which way to number the carbon atoms? [closed]

Ask Question
Asked 10 months ago
Active 10 months ago
Viewed 42 times
-2
$\begingroup$
Closed. This question is off-topic. It is not currently accepting answers. 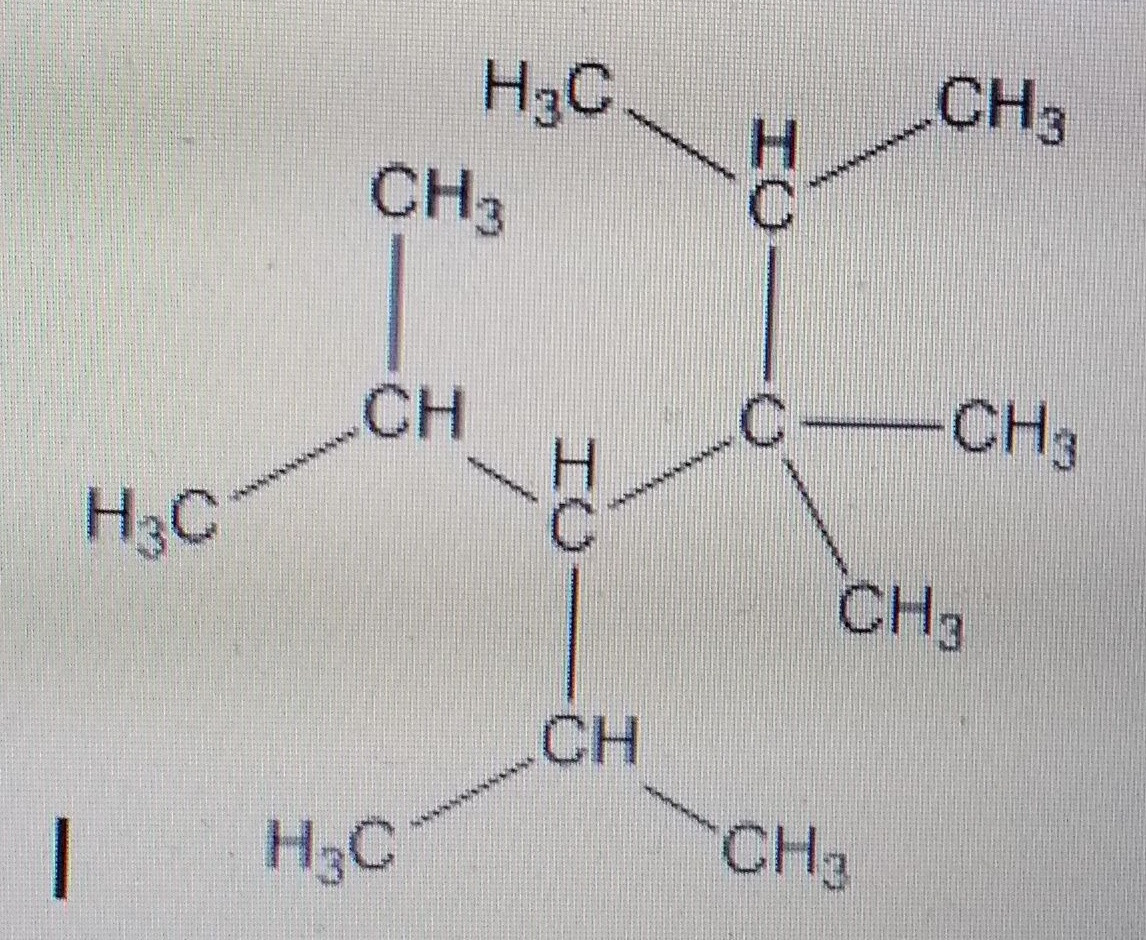 Please help me, I don't know which is the "first" one and what rules apply here...

Here is an example of mine: 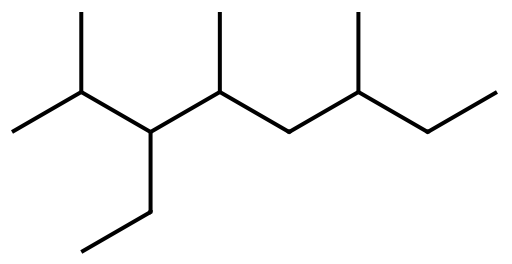 I can find chains of eight carbon atoms a few different ways. Two of them are below. There is at least one more. Can you find it? How is it similar to one that I highlighted? 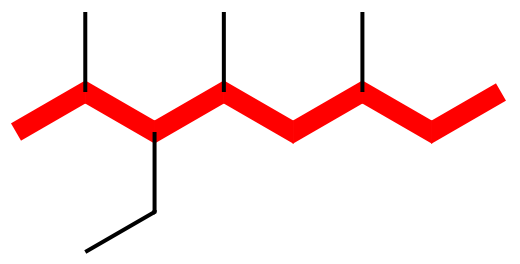 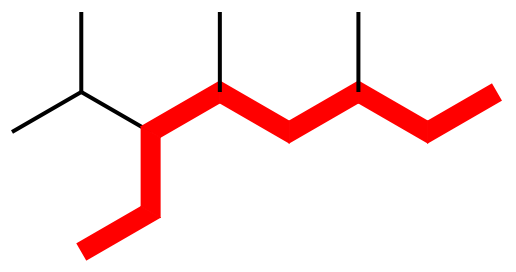 The longest chain I can make in your structure is six carbon atoms, and it looks like I can make that chain length multiple ways.

I think that five is the maximum number of substituents that can be reached in your structure, and again, there are multiple ways to achieve that number.

Using my example, we can number the red parent chain two ways:

For your example, since it has a high degree of symmetry, there may be multiple six carbon atom chains with five substituents having the same set of locant values. In that case, choose the one that puts the alphabetically first substituent at the lowest possible value. I suspect that these sets will be equivalent however given the symmetry. If so, then choose any of them as they are all degenerate.

3
How do I start studying chemical nomenclature?
3
What is the origin of the naming of deoxycorticosterone acetate?
0
4-Bromo, 2,4-di-methylhexane and 3-Bromo, 3,5-di-methylhexane are the same thing?
4
How can I find the parent chains in these two compounds?
4
Confusion in the order of precedence: alkyl side-chain vs. dimethyl at different positions
1
How do I use the priority list of substituent groups to decide the parent chain for this compound?
4
Which one has higher priority according to Cahn–Ingold–Prelog rules?