How can I find out a substance name based on its structural formula?

When visiting a botanical garden in Stockholm, I stumbled across the following mosaic tile: 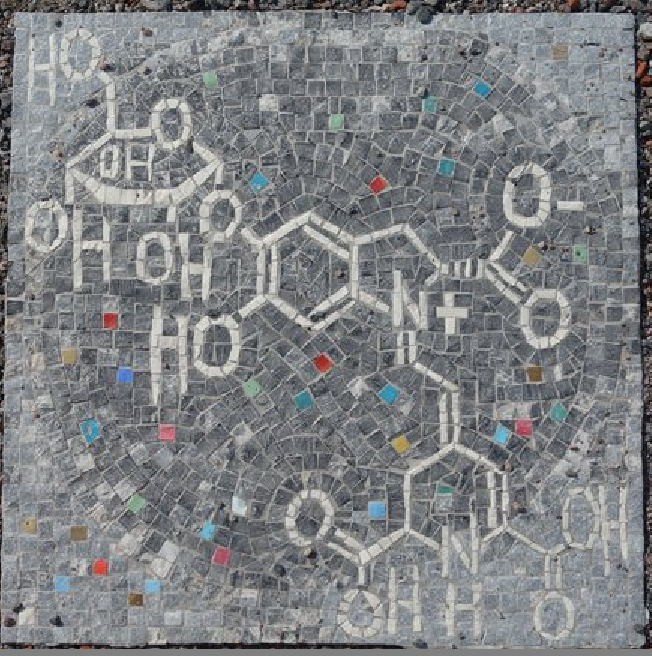 I have also tried searching for it based on SMILES formula on Chemspider.

I am wondering if there any other tools that can help me in finding what substance it is.

Extra context information: it was next to a DNA structure artwork, so I guess it is somewhat related to the evolution, DNA etc.

Question: How can I find out a substance name based on its structural formula?

That's betanin, from which beets derive much of their deep purple color, and which may have neuro-protective (Ref. 1) features. The following is the structure retrieved from the wikipedia (on 2019-10-5), which closely matches that in the mosaic: 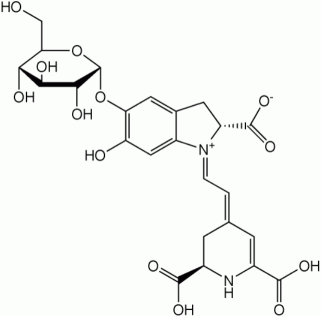 I used the editor available on the Sigma-Aldritch website to generate a structure and submit a search: 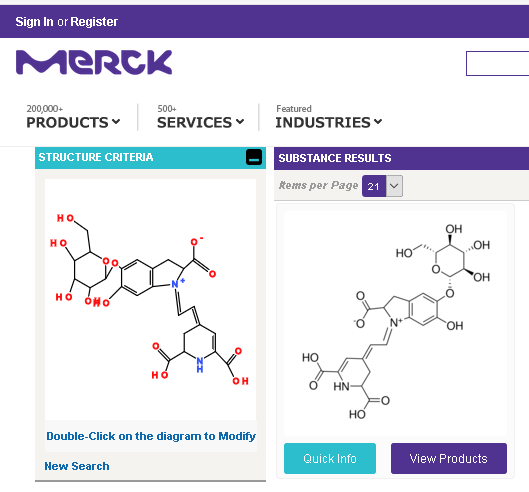 The program identified betanin as the top hit despite my sloppy structure.

As noted in a comment, the stereochemistry in the wikipedia image above and that in the mosaic does not match that of the structure in the Sigma-Aldrich catalogue. I used ACD/ChemSketch freeware to generate the following image that does match the one in the catalogue: 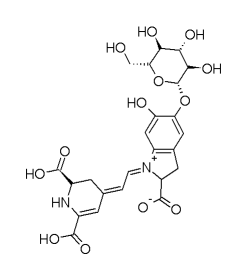 As an aside, it's interesting to note that work on L-dopa, a biosynthetic precursor of betanin, led to a Nobel prize award for Swedish scientist Arvid Carlsson. Also, quoting from the wikipedia:

The 2001 Nobel Prize in Chemistry was also related to l-DOPA: the Nobel Committee awarded one-quarter of the prize to William S. Knowles for his work on chirally catalysed hydrogenation reactions, the most noted example of which was used for the synthesis of l-DOPA.

Not the answer you're looking for? Browse other questions tagged molecular-structure structural-formula or ask your own question.

1
How can I find the bond angles for carbamic acid?
7
Can not find structural formula with compounds' IUPAC name
2
How to find a chemical by its formula?