Naming of a dispiroalkane compound 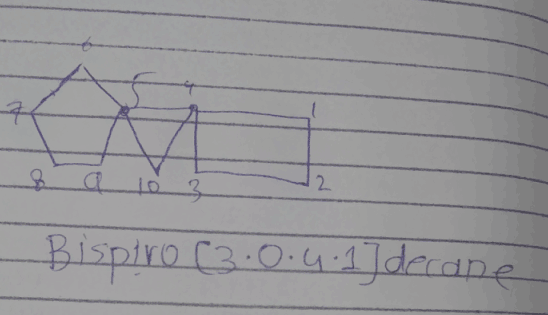 Did I name it right?? Please help me in naming dispiro compounds

All the special rules you need for naming of such dispiro cycloalkane systems can be found in one chapter of Nomenclature of Organic Chemistry – IUPAC Recommendations and Preferred Names 2013 (Blue Book):

Polyspiro parent hydrides consisting of unbranched assemblies of three or more saturated cycloalkane rings are named using the nondetachable prefixes ‘dispiro’, ‘trispiro’, etc., according to the number of spiro atoms present, cited in front of the name of the acyclic hydrocarbon that has the same number of skeletal atoms. The von Baeyer spiro descriptor indicates the number of carbon atoms linking the spiro atoms by arabic numbers that are cited in order, starting at the smaller terminal ring if one is smaller, and proceeding consecutively, always by the shorter path, to the other terminal ring through each spiro atom and then back to the first spiro atom; the numbers are separated by full stops and enclosed in square brackets. The compound is numbered in the order in which the numbers of the von Baeyer spiro descriptor are cited, including spiro atoms when encountered for the first time. Each time a spiro atom is reached for the second time its locant, which has already been assigned, is cited as a superscript number to the number of the preceding linking atoms.

Following these rules step by step, you will find that the name for the com pound that is given in the question is dispiro[3.0.45.14]decane.