Why does thallium hydroxide increase the yield of product in a Suzuki reaction?

I came across a research paper by Uenishi et al. [1] where relative rates of $\ce{KOH}$ and $\ce{TlOH}$ in Suzuki coupling reactions are compared.

Thallium hydroxide increased the yield of products, see Table I below. The reaction also occurred at room temperature as compared to $\ce{KOH}$. What is the effect of thallium hydroxide? 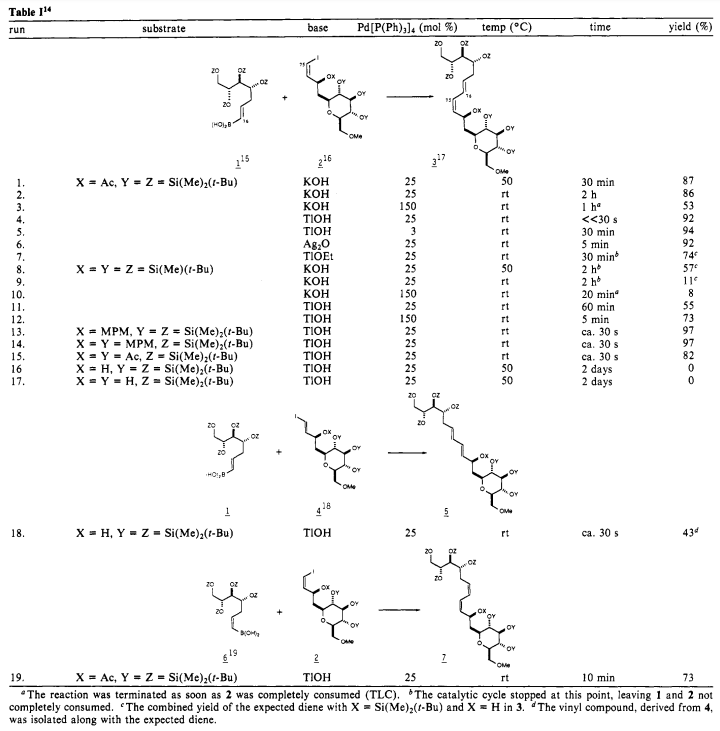 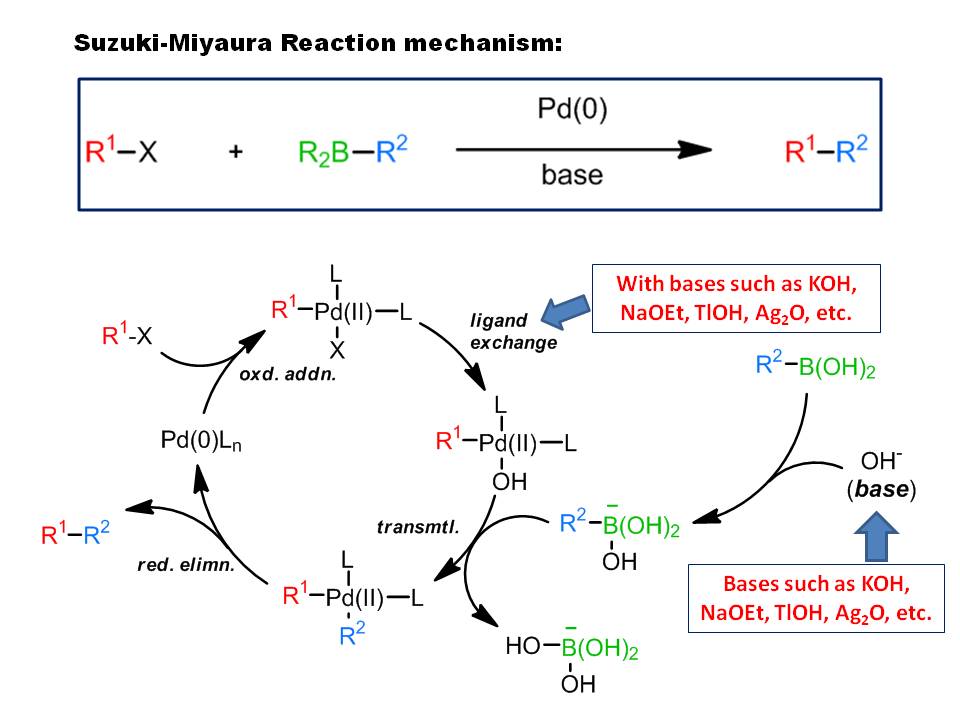 The palladium catalyzed mechanism begins with oxidative addition of the organohalide ($\ce{R^1 -X}$) to the $\ce{Pd(0)}$ (e.g., $\ce{Pd(0)L_n}$) to form a $\ce{Pd(II)}$ complex (denoted in mechanism as $\ce{R^1 -Pd(II)L2X}$). It is worth nothing that this first step in both of the Suzuki and Negishi cross-coupling reactions is identical to that of the Heck reaction. This complex undergoes halide ligand exchange with the base present in the reaction mixture.

Transmetalation with the organoboron reagent then follows where the $\ce{R^2}$ group of $\ce{R^2 -B(OH)2}$ replaces the hydroxide anion on the palladium(II) complex to give $\ce{R^1R^2 -Pd(II)L2}$ and boric acid. Keep in mind that organoboron compounds are highly covalent in character, and may not undergo transmetallation readily in the absence of a base. Therefore, the reaction of the base with the organoboron reagent, $\ce{R^2 -B(OH)2}$ to form $\ce{^-B(OH)3R^2}$ is very likely. Also note that transmetalation step is highly depend on the base availability and the types of ligand on the catalyst (Ref 1 & 3).

Reductive elimination then follows to give the final coupled product regenerating the catalyst, hence the catalytic cycle can begin again.

Based on this mechanism, availability of a base is very important to reaction to proceed. It is clear that AP's question does not indicate the solvent used in the reaction. However, mentioned reference has been using THF as the solvent. Since solubility of $\ce{KOH}$ in THF is very low and hence its availability to the reaction. Thallium(I) hydroxide is strong base compatible with alkali bases such as $\ce{KOH}$ and key to its capability of enhancing the reaction here should be its readily availability in such solvents. This is evidence that in recent publication (Ref.4) where $\ce{KOH}$ and $\ce{TlOH}$ are equally effective in $\ce{Pd(0)}$ catalyzed coupling reaction, yield of which increases when solvent has been changed from THF to DMF.

Not the answer you're looking for? Browse other questions tagged organic-chemistry reaction-mechanism experimental-chemistry or ask your own question.

3
Why does the Birch reaction not yield fully saturated products?
1
Why does hydroxide attack the carbon atom of methyl iodide (in an Sn2 reaction)?
1
Why does an increase in Kinetic Energy increase the likelihood of successful collisions?
11
What are the byproducts in a Suzuki reaction?