The oxidation state of iodine in iodoxybenzoic acid

I am slightly puzzled by this seemingly trivial question. The idea behind assigning oxidation states is simply to treat every single bond made by the atoms as ionic bonds. That is to say, both the electrons of a covalent bond in a molecule would go to the more electronegative atom. For example, in the case of the $\ce {O-I}$ bond, the bond electrons would go to the oxygen atom, leaving the oxygen atom with a negative charge while the iodine atom incurs a positive charge. Based on this, we would say that the oxygen atom doubly bonded to the $\ce {I}$ atom has an oxidation state of -2. 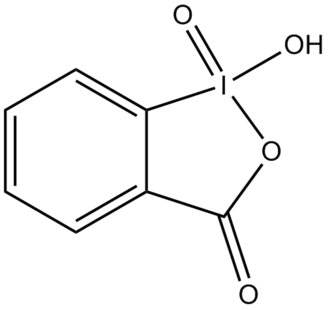 This is a written reply from Professor Zhdankin*, author of Hypervalent Iodine Chemistry:

Personally, I prefer not to use the "oxidation state" terminology regarding organoiodine compounds. Pentavalent iodine is a perfectly correct classification for IBX.

*He has given his permission for his reply to be shared here.