At first I thought that the reason is what I was taught, the absence of vacant d-orbitals but then I did some research. Most of the answers stated what I initially thought but one particular answer told that it's a common misconception (d-orbital theory). According to it, there can be two possible reasons-

So which one is likely to be more appropriate, the d-orbital theory or the electronegativity and atomic size theory?

One possible explanation involves atomic size. You need a large enough atom in the middle to stabilize all the occupied orbitals in the octahedral structure; sulfur makes it but oxygen does not.

This reference gives the molecular orbitals for sulfur hexafluoride. A key feature of these molecular orbitals is a doubly degenerate pair, labeled $\mathrm{2e_g}$ in the above source, which effectively contains the "extra" valence electrons in fluorine-based orbitals.

The picture below, taken from a different source due to limited downloading options from the free one, includes one of these combinations (here labeled $\mathrm{3e_g}$, as different nomenclature is used) among others. 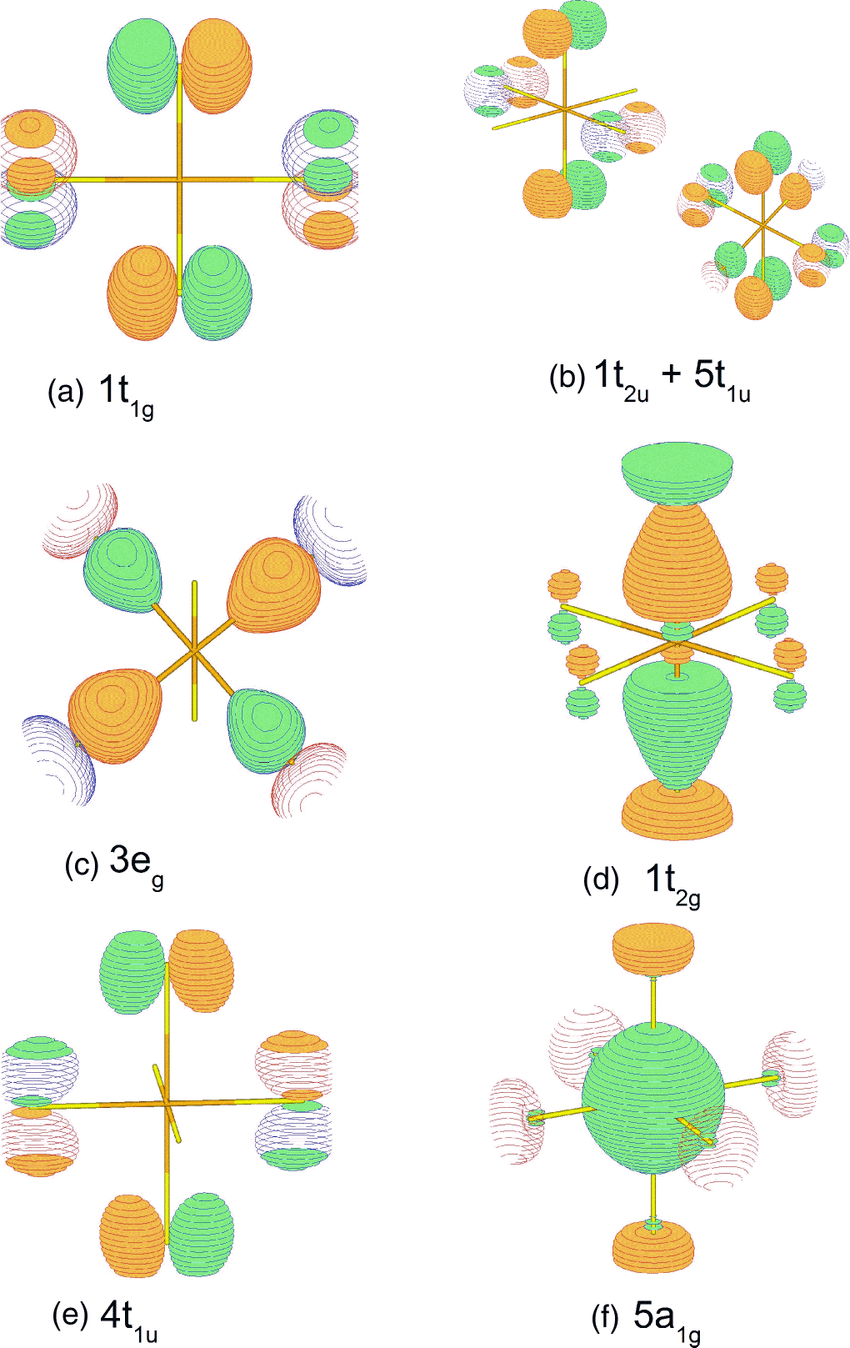 If we look carefully we see that the ostensibly nonbonding orbital has antibonding overlap between adjacent lobes and so is technically antibonding. The same is true of the other component of this degenerate pair. So to make the orbital effectively nonbonding and keep the octahedral structure from blowing apart, we need a large central atom to act as a "spacer" between orbital lobes. Apparently sulfur is large enough, oxygen is not.

10
How is the bonding in the [Au6C(PPh3)6]2+ cluster explained?
7
Why can't NH5 form?
3
Why can sulfur have an expanded octet but not oxygen?
3
How does absence of nd orbital in Oxygen affect its valency?
0
Can oxygen form six bonds

22
Why can't rust form without water?
8
Why Cl⁻ can't act as bidentate ligand?
2
Why doesn't Boron form Diborane with water?
2
Why can't element with paired electron have colour
0
Can't you form a ring from almost any number of sides from carbon?
18
Why can't I balance this reaction algebraically?
7
Why can't NH5 form?