Distinguishing between octahedral and tetrahedral holes

I know the question sounds a bit silly and there are many similar answered questions but my 3D visualization (imagination) is very bad. There are some images of octahedral and tetrahedral holes but still there's no easy explanation. Can someone help me? 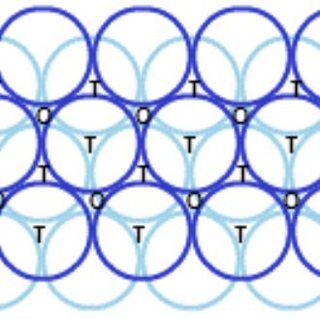 In the picture above, these positions are marked by T and O. You just have to imaging that they are in between the layers, and then you might be able to count nearest spheres. The picture below shows the arrangement of the nearest spheres, only. 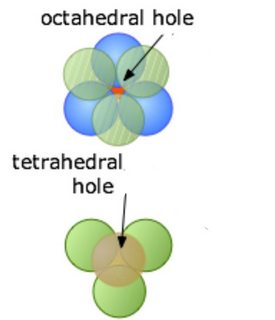 So, whether you are a visual or a haptic learner (not that that would be a thing), this will do the trick, I hope.

There are some images of octahedral and tetrahedral holes

Actually, I only found images of the spheres representing the atoms, no images of the shape of the space in between. If you squeeze some blue play dough between two layers of marbles, here is what you get (see also https://leancrew.com/all-this/2019/06/cheesegraters-and-crystals/): 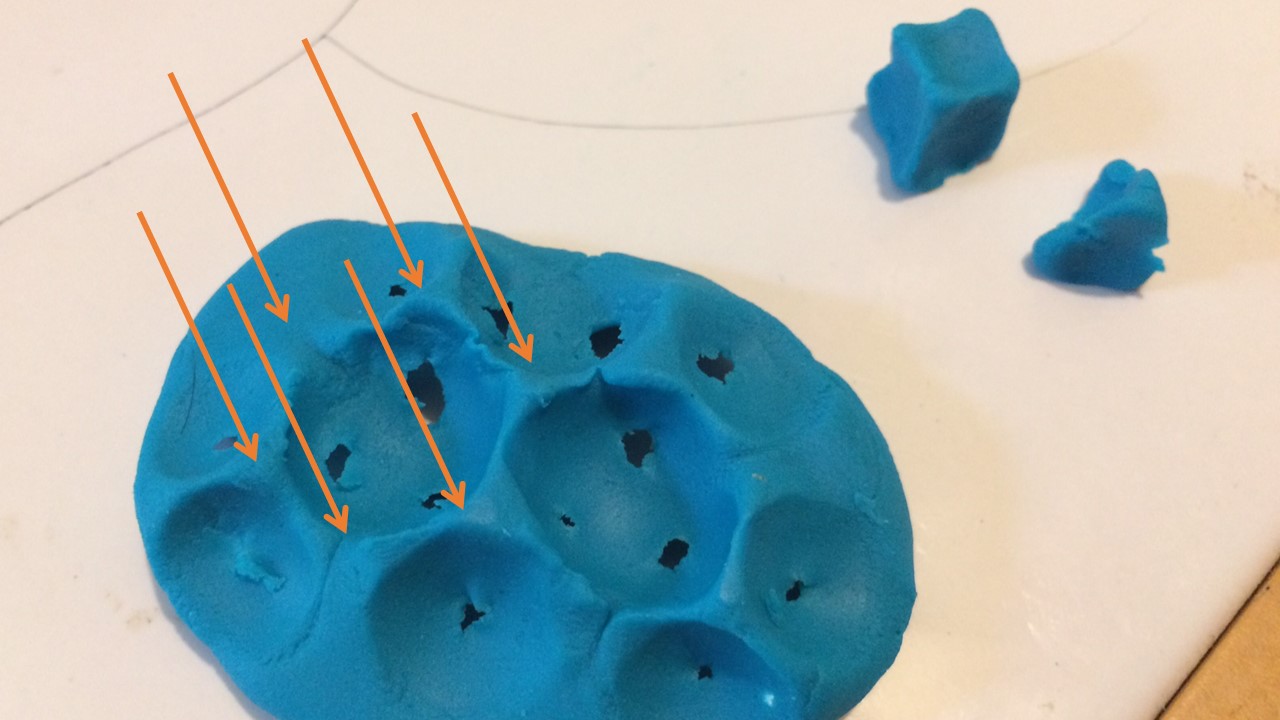 Within a layer, each indentation is surrounded by six others. The arrows point at the six locations with the largest voids (in the center of triangles formed by the sphere and two of its nearest neighbors in that layer). If you look closely, each indentation has three holes, the contacts with the layer below. The voids take on different shapes depending what is underneath. If a sphere is directly underneath, it is a tetrahedral hole. The shape of this is a tetrahedron with "dented in" faces (far right). If a center of a triangle is directly underneath, it is an octahedral hole. The shape of this is a cube with "dented in" faces (near right; cube and octahedron are complementary archimedian solids: the centers of the faces coincide with the other's vertices and vice versa. A tetrahedron is complementary to itself).

If you shrink the spheres around the atoms to points, you get a space-filling arrangement of tetrehedra and octahedra called a tetrahedral-octahedral honey comb.

7
Complexes formed by lanthanides and actinides
7
What is Nano Zinc Oxide?
6
Structure of KC8
7
Coordination geometry: why is of Cu(acac)2 square planar?
4
How many tetrahedral and octahedral holes are there in a bcc unit cell?
15
Contribution of Tetrahedral and Octahedral voids in HCP
4
Can we use silver nitrate to distinguish between chloride and carbonate salts?