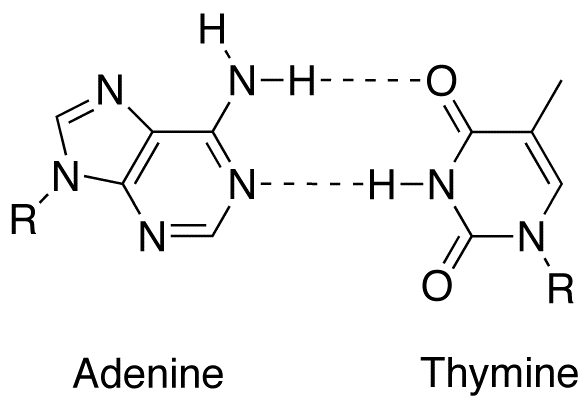 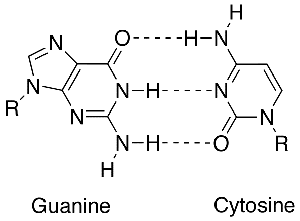 So it is logical that the intermolecular bond will be strong.

Adenine and Cytosine have pretty much the same acidity so why is it energetically favorable for guanine to make an intermolecular bond with cytosine?

Is it due to the three combinations this (adenine-thymine, cytosine, guanine) has the lowest energy?

Saenger goes on to say that 28 pairs are possible. 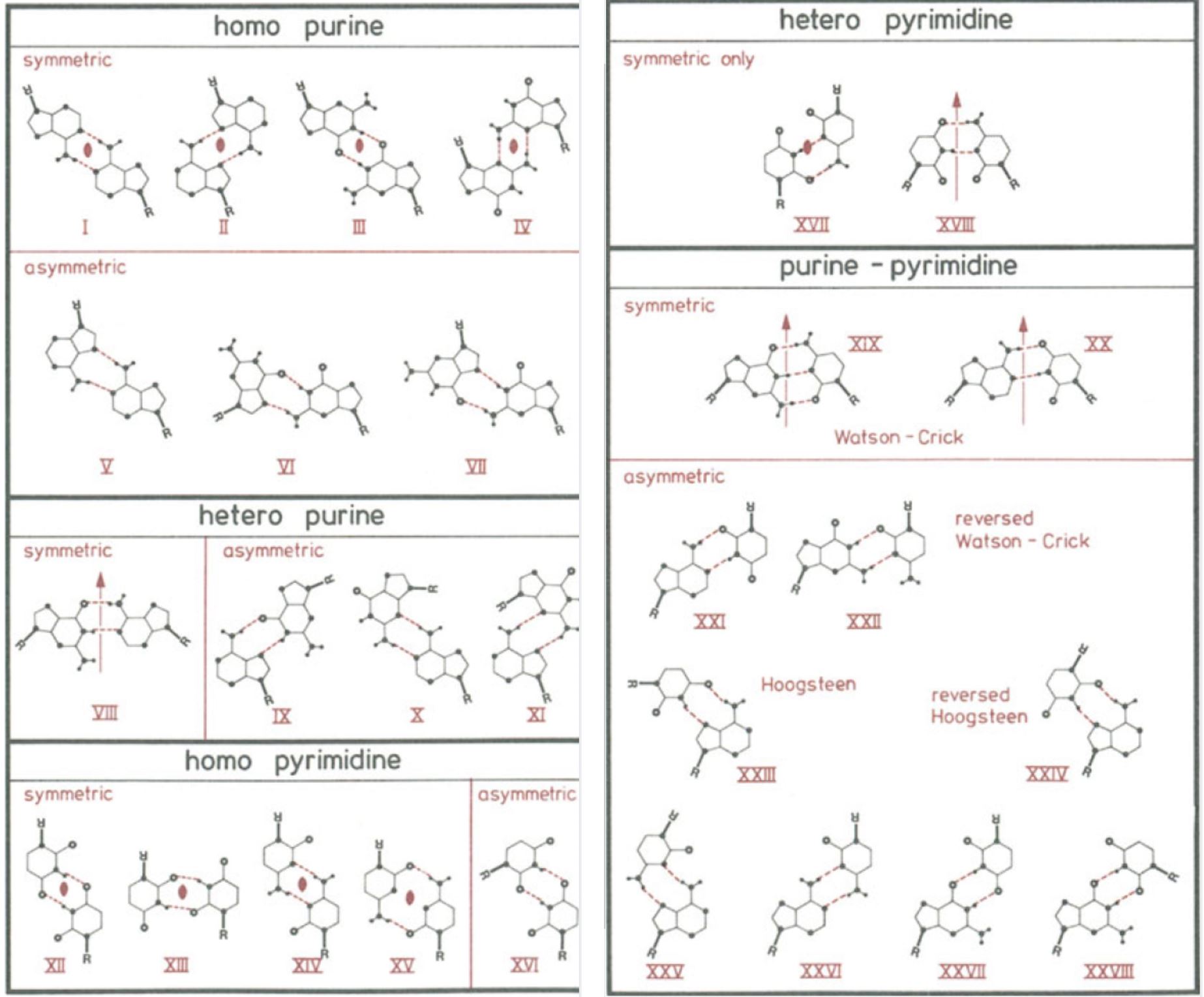 Many of these are observed (the ones that are labeled are so common that they were given names), in structures of DNA, RNA, and in crystal structures of dinucleotides.

They pair because they make strong hydrogen bonds with a geometry of the base pairs that allows base stacking and is compatible with base pairing of the other nucleotides in a DNA strand. As the discussion above shows, many other base pairs are theoretically possible, and some of them are actually observed in nature.

Thymine has the lowest acidity and adenine has the biggest acidity. So it is logical that the intermolecular bond will be strong.

I'm not sure about the premise, and the conclusion is incorrect, as other base pairs also form. As long as a group has the right protonation state, the pKa does not directly determine hydrogen bond strength.

23
Why do thiols have such a propensity for bonding with mercury?
2
Why does calcium carbonate decompose into calcium oxide?
1
Ammonia and hydroxide ion - Lewis basicity
2
How do I figure out the relative polarity of organic compounds?
9
Bonding in alkali metal complexes
2
Will the carboxylate groups of the citrate anion undergo hydrogen bonding?