Fischer's proof of the structure of glucose

To differentiate between Mannose and Glucose , Fischer developed a series of reactions to make the aldehyde group to alcohol and terminal alcohol to aldehyde. What was this series of reactions ? Even link would be fine because I m not able to find it anywhere!!

One does not have to return to Fischer's papers of 1891. C. S. Hudson (vide infra) provided a semicentennial retrospective of Fischer's work in 1941. That glucaric acid could be produced from a different hexose, gulose, while mannaric acid, owing to symmetry, could only be formed from mannose, established the relative stereochemistry of glucose. The proof requires the formation of lactones and their reduction with sodium amalgam to hemiacetals along with over reduction. It is not necessary that the reactions be efficient, only that they provide some amount of isolable product.

D-glucuronic acid 2 is isolated from urine. It is of the same absolute stereochemistry as D-glucose except that C6 is at the oxidation level of a carboxylic acid. [Note: Throughout, C1 is in red and C6 in blue.] Thierfelder (1891, loc. cit.) formed D-glucuronic acid lactone 3 from D-glucuronic acid 2. Reduction of 3 converts the aldehydic group to a primary alcohol, L-gulonic acid lactone 4, which in turn undergoes further reduction to the hemiacetal of L-gulose 5. As noted earlier, there certainly may have been overreduction to D-glucitol (L-gulitol). continued 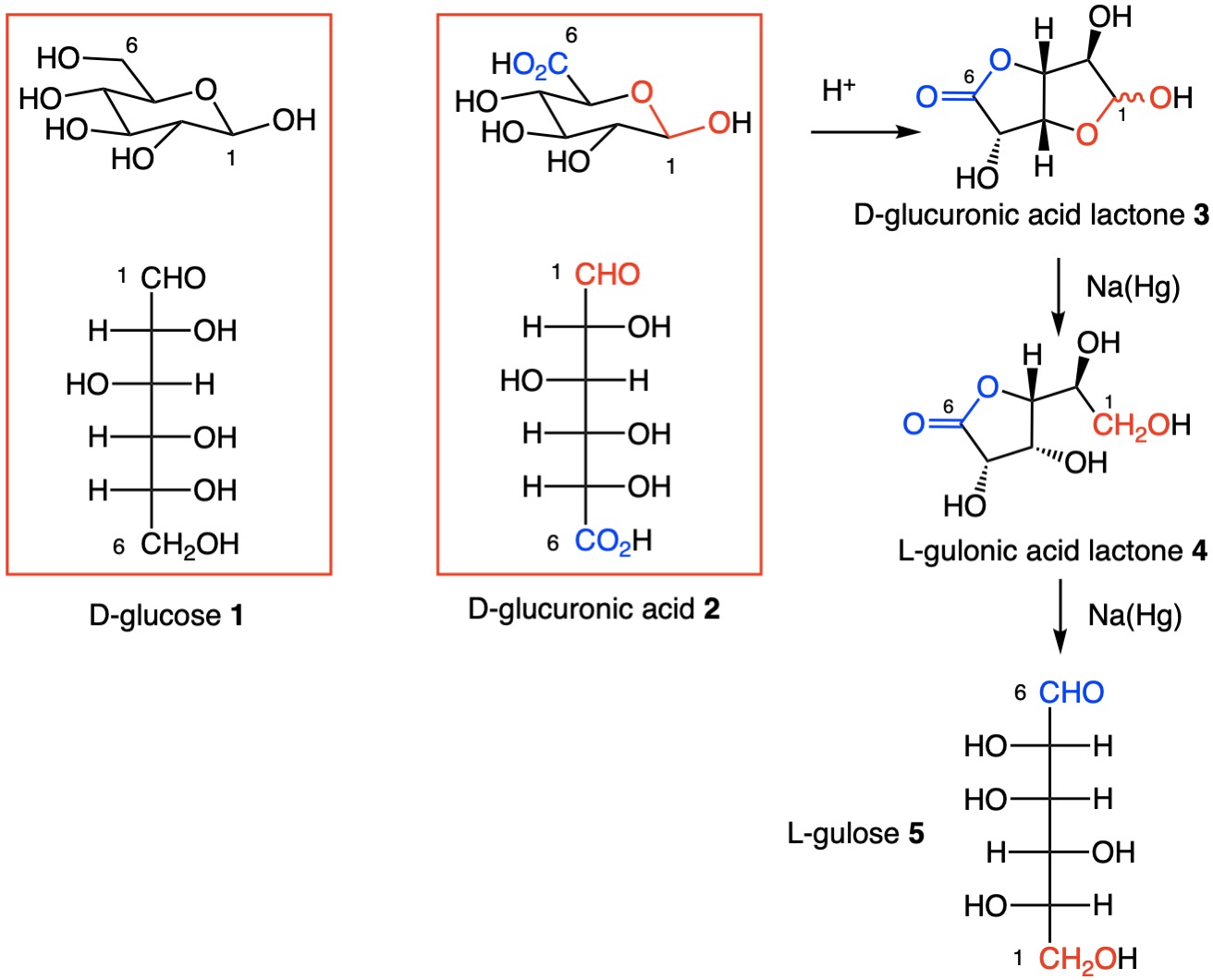 Fischer was able to demonstrate that lactonization of D-glucaric acid 6 provided lactone 9. Whether or not alternative lactone 7 was produced is irrelevant because subsequent operations would only lead to D-glucose, providing no useful information.2 On the other hand, lactone 9 was converted to L-gulose 5 via the lactonization/reduction sequence. Notice that the original C1 red atoms now occupy the C6 position and the original blue C6 atoms are now at C1. Critically, the oxidation product of L-gulonic acid 10 proved to be identical to D-glucaric acid 6! Thus, the relative stereochemistry of glucose was secured. 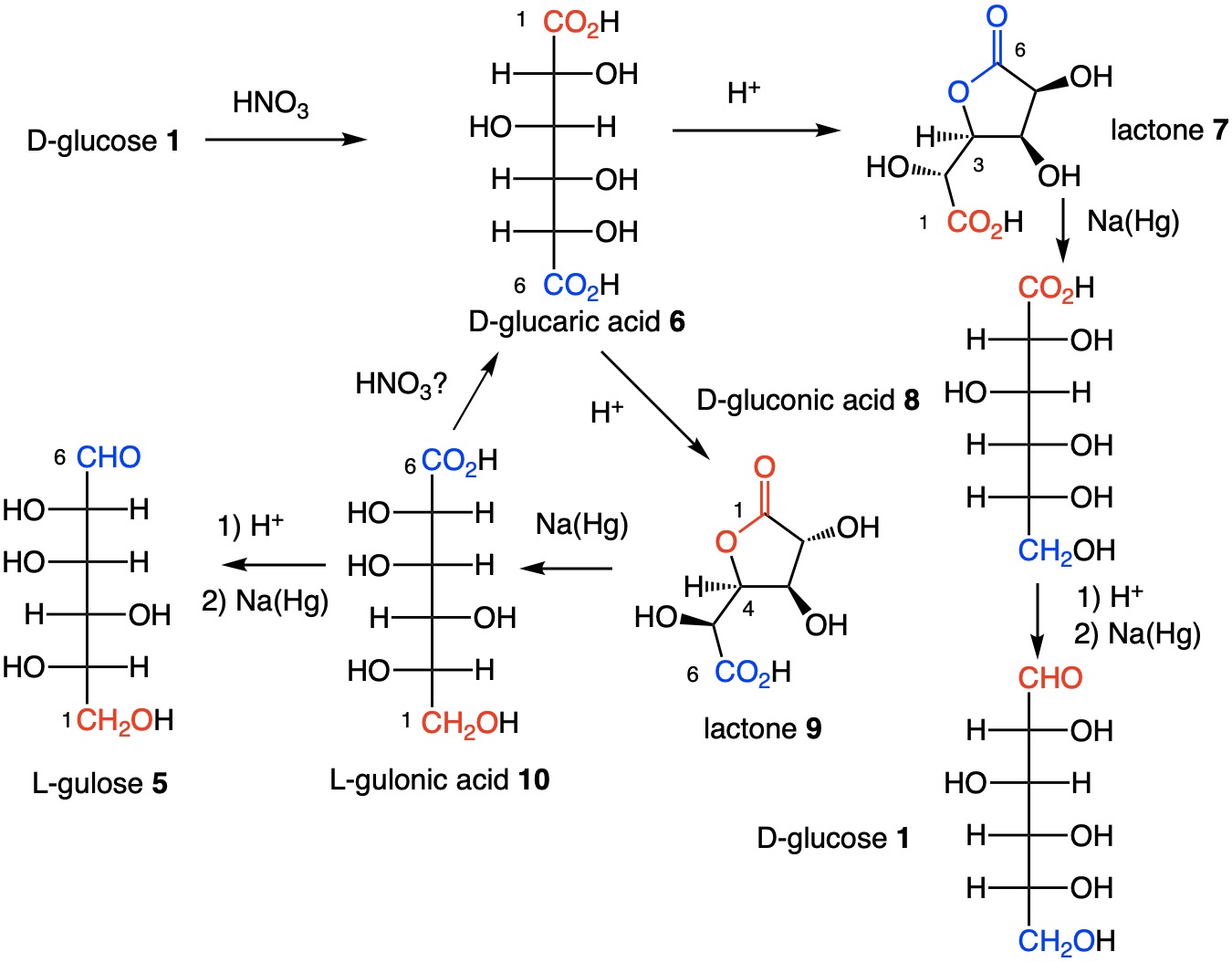 0
Function of sodium amalgam and CO2 in formation of aldohexose

7
Stability of furanose vs. pyranose form of glucose?
1
How is this sugar classified as an aldose?
11
Ambigious nature of aldehydic group in glucose
2
Clarification in the mechanism for Molisch's test for glucose
1
Nomenclature of carbohydrates
1
Why doesn't open-chain glucose react with water readily in aqueous solution?
4
Oxidation of hydroxyl groups of glucose
4
Reaction of glucose acetal with acetic anhydride