In Concise Inorganic Chemistry by J.D.Lee (Adapted by Sudarsan Guha, Fourth Edition), on page 82, under section 3.8 - Types of Covalent Bonds (Sigma and Pi Bonds) it is given (for Sulphur dioxide molecule):

I am unable to understand the part which has been typed in boldface.

We know $d_{xy}$ orbital lies in the $xy$ plane. We also know that $p_z$ orbital lies along the z-axis. Then how can these two orbital participate in $\pi$ bonding?

The following image is my attempt to show bonding in sulphur dioxide. The oxygen atom under consideration is the second one marked with a $\bigstar$.

In the following image the lone pair present in the s orbital is not shown for the sake of simplicity. There will be some distortion in the bonds and sulphur dioxide would be bent and will not be linear. But here it is shown to be linear. 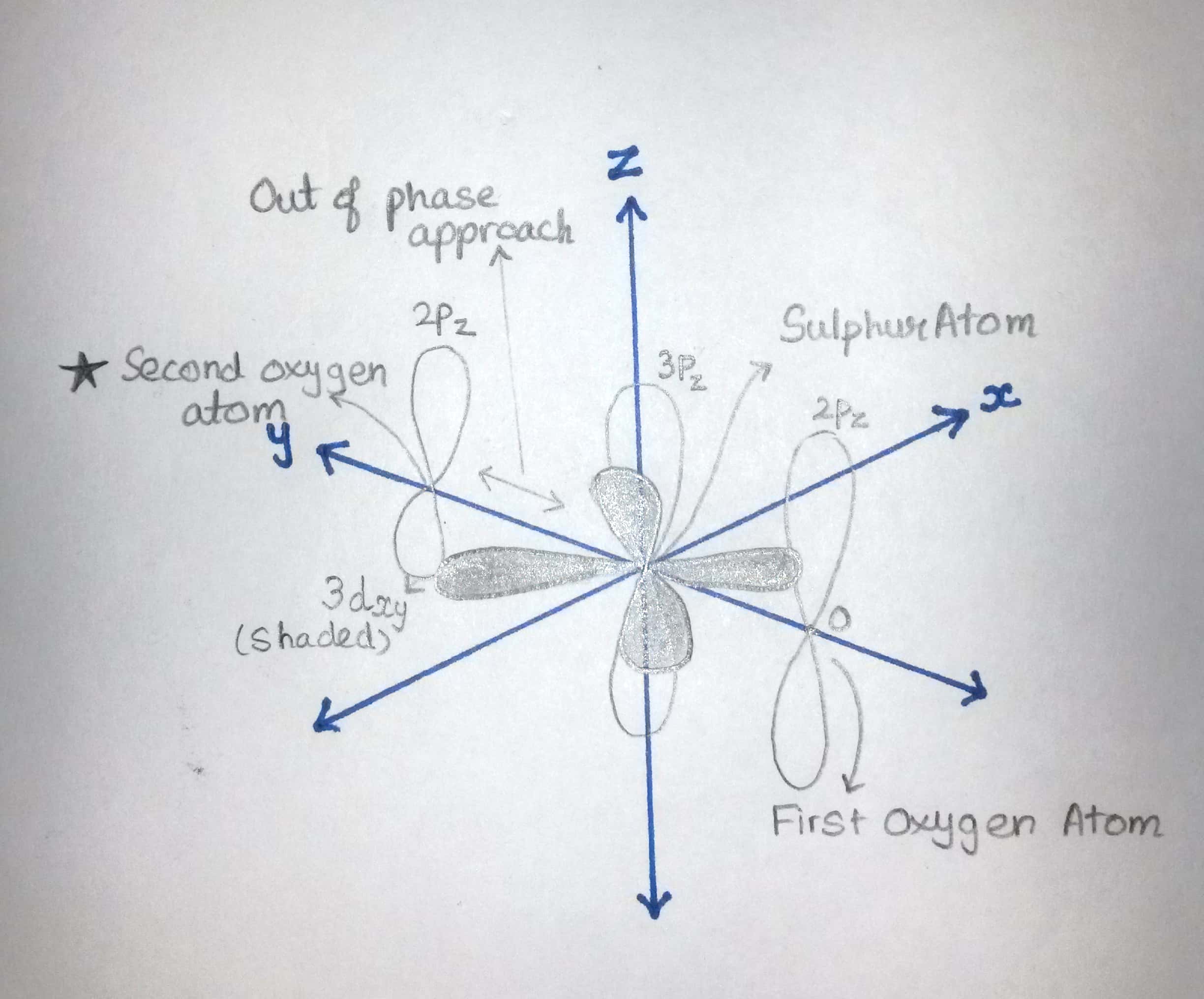 Browse other questions tagged inorganic-chemistry bond orbitals molecular-structure or ask your own question.

8
Hybridization of sulfur in sulfur dioxide

6
Bonding and Antibonding
19
How can the Bonding in IF7 be explained using LCAO method?
6
Why does symmetry have to be maintained in molecular orbitals?
31
What would follow in the series sigma, pi and delta bonds?
5
Bonding in Zeise's salt
1
Reason for shorter bond between sulphur and oxygen?
0
Why does the d orbital size decreases on addition of electrons?